And it won't have any clans 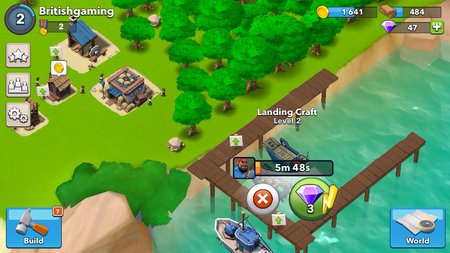 According to our stocks-and-shares-loving sister site PocketGamer.biz, Clash of Clans dev SuperCell will release its third game, Boom Beach, next month.

And the Finnish super-duper-billionaires reckon they made some "risky choices" in this one.

That's primarily because "there aren't any clans in the game and the combat mechanic is different to Clash of Clans."

Which you'd sort of expect in a different game. Wouldn't you?

That said, we have already played Boom Beach, and we found it a bit hard to spot the difference between that and Clash of Clans.

Window to another world

Supercell has also confirmed that it's not planning on making any Windows Phone versions of its games.

According to Supercell CEO Ilkka Paananen, "focus is a fundamental value for us."