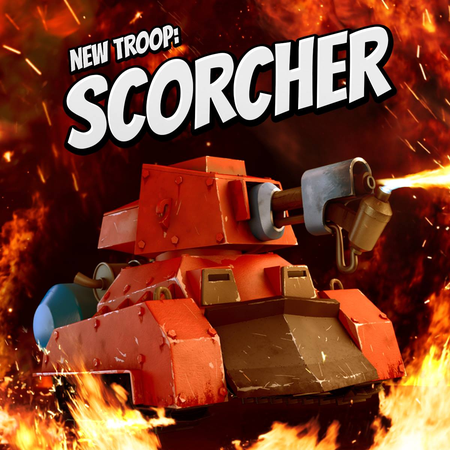 Your Boom Beach army just got a little hotter, as Supercell has added a fire-spitting tank to its tropical strategy game.

The new troop, The Scorcher, is a massive armored unit with a short range. It takes loads of Energy to deploy but leaves the battlefield by blowing up and damaging everything nearby. You'll need a level 18 HQ to hire one.

The update also adds female villagers and new new wildlife for your island, new power base layouts, and loads more stuff that means nothing to me. Here's all the update info, as per the Supercell forum.

Will you be taking the new troop out for a ride?