During our third LaunchPad event, we covered the impending arrival of Bloodstained: Ritual of the Night's Zangetsu DLC. This is now available in the side-scrolling action game and will allow players to enjoy a new game mode for free.

It's called Zangetsu mode and can be unlocked simply by beating the main story of the game and downloading the DLC itself. This means that players will also be able to use the DLC's namesake, Zangetsu, who was previously playable in Bloodstained: Curse of the Moon.

Upon selection, Zangetsu will have access to his own set of items. This includes the Zangetsuto and the ability to Double Jump right out of the gate. His signature move is chain hook. It allows him to fire the hook in a set direction to deal damage to enemies alongside pulling him to the terrain it makes contact with.

He can also change the attributes of his weapons, which will cause attacks and Kunai throws to inflict different damaging effects depending on the setup. These attributes can then be switched by tapping the sliding weapon wheel. 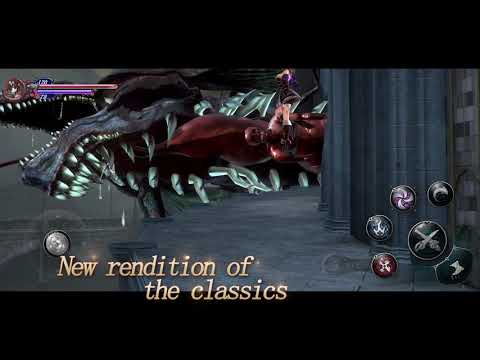 Zangetsu mode itself will remove all treasure chests alongside hiding all the new scenes and NPCs. Meanwhile, gates that normally require Directional Shards to pass through will be opened by default whilst enemies will no longer drop shards, items or gold. Finally, in this mode, the character's attributes and skill prompts will be displayed in the main menu since it doesn't make use of any other systems.

Bloodstained: Ritual of the Night is available now over on the App Store and Google Play. It's a premium title that costs $9.99 with additional in-app purchases for the various pieces of DLC.

Looking for more adventure games to play on your phone or tablet? Here are 15 of the best available for iPhone and iPad
Next Up :
Universal KouKou Love: Tap Blast lets you play with Shrek, Trolls, Po from Kung Fu Panda and more in a tile blast game

Bloodstained: Ritual of the Night gets character and game mode in new update