Blue and red and dead all over

We suppose it was only a matter of time before Gameloft paid 'homage' to Team Fortress 2.

The French studio may have named its upcoming team shooter Blitz Brigade, but a quick glance at its colourful trailer (below) reveals precisely which - ahem - valve Gameloft has been twisting to control its inspiration flow.

Judging by the teaser vid, Blitz Brigade is an online multiplayer FPS with a focus on specialised classes and teamwork.

We saw five different classes on display, including a rocket-launching heavy, a classic gun-toting soldier, and what appears to be a demolitions expert. 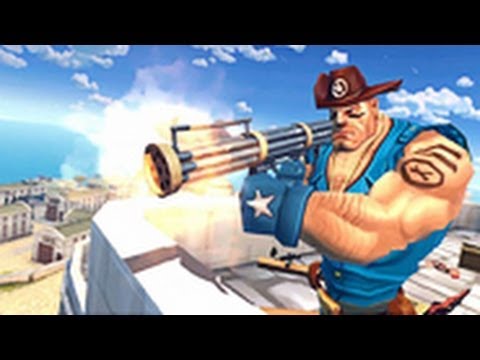 We also couldn't fail to notice that the Modern Combat 4: Zero Hour creator has included some vehicles in Blitz Brigade to keep players occupied.

In the trailer, you can see characters driving a jeep with a gun turret, and some demon-eyed nutbag piloting a mean-looking chopper.

Knowing the game which Gameloft is emulating with Blitz Brigade, expect to find Deathmatch, Capture the Flag, and King of the Hill multiplayer modes in the finished product.

Though info on Blitz Brigade is a bit limited, we can confirm that it will be free-to-play, and is scheduled to arrive on iPhone, iPad, and Android "soon".

The Capture the Flag update is now live