This week we're spending a decent amount of time focusing on Black Paradox. It's a game we're really excited to see coming out, and we want to get you excited too. Because sometimes it's good to be excited about something.

Yesterday we let you know the game is coming out, but today we're digging a little deeper, telling you everything you need to know about Black Paradox before it lands on the App Store later in the week.

If you've got your own questions you'd like us to answer throw them in the comments section or ask us on Facebook or Twitter and we'll do our best to get them answered. And make sure you keep an eye on our Black Paradox hub, because we're going to be posting even more awesome stuff as the week passes.

What is Black Paradox?

It's described by its dev as a rogue-lite. You're in control of a spaceship that looks remarkably like a Delorean from Back to the Future. Playing as the titular Black Paradox, you're a bounty hunter who's out to collect the rewards on seven of the most nefarious criminals in the galaxy. 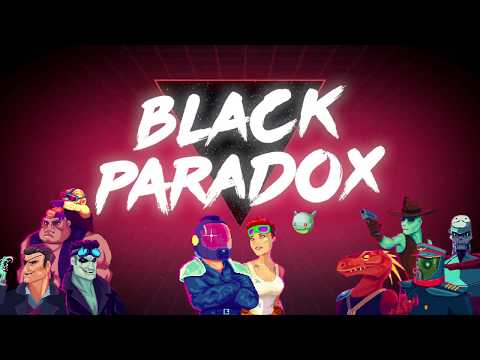 Part of that is down to the way you can change the set-up of your ship. There are chips you can install to make your space-car stronger, but you've only got limited slots so you need to work out which to put where.

Rather than being a dungeon crawler, the action here is more like R-Type. You're flying through space using simple controls to try and destroy everything that gets in your way. And when you die you're going to jump back up and start the whole thing all over again.

How much is Black Paradox going to cost?

If you want to get in on that discount price, pre-ordering the game from the App Store might be a very good idea. You can pre-order Black Paradox for your iPhone or iPad by clicking right here.

Are there any IAPs in Black Paradox?

Can I use my MFi controller with Black Paradox? Yes, you can. In fact according the game's App Store page, you can use all sorts of controllers with it. However, the touchscreen controls in the game look like they could be some of the best we've seen on mobile in a while, so if you don't have a controller we wouldn't let that get you down too much.

Is there anything else I should know about Black Paradox?

Other than it's got an awesome soundtrack and it's set to land on the App Store on Thursday November 15th? Nope, we think we've covered everything you need to know. But, like we said at the top of the article, do let us know if you've got any of your own questions and we'll do our best to answer them.
Next Up :
Need friends for Mario Kart Tour Multiplayer? Share your friend codes here! (30k+ codes!)