You better ADAM and EVE it 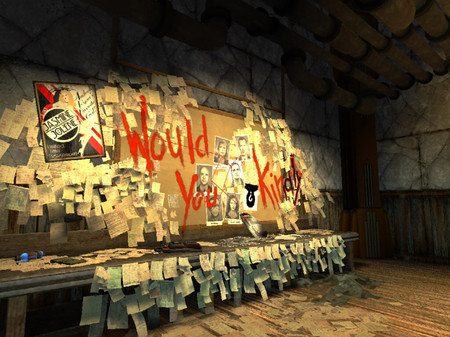 I don't have a famous cult film director to begin my argument with. I don't have any cutting quotes about how watching movies on your phone is bad and basically makes you a movie-hating jackass.

It's your business how you choose to consume entertainment, and if that means playing BioShock on a screen the size of a "postage stamp" then that's entirely your choice.

We all know that this isn't going to be the definitive edition of the game, but that doesn't mean a squished down version of 2K's classic order-following Rand-job is somehow going to spoil everything that's come before. 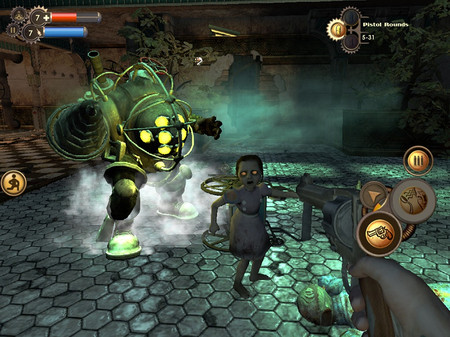 Playing BioShock on your iPhone is about experiencing something special on the go. Want to climb in a bathysphere on the bus and hear that whale sing as it slides past in the inky blackness of the deep ocean? Good. You can.

The intimacy of the iPhone gaming experience offers something that hardcore to-the-max AAA home gaming can't. Hunch your shoulders, pop in your earbuds, and for a snatch of time the awful reality of the outside world dribbles away.

You're not sat on a train with howling wretches screaming at their children and slapping expensive bacon sandwiches into their multi-fanged maws, you're in Rapture, and it's much safer. 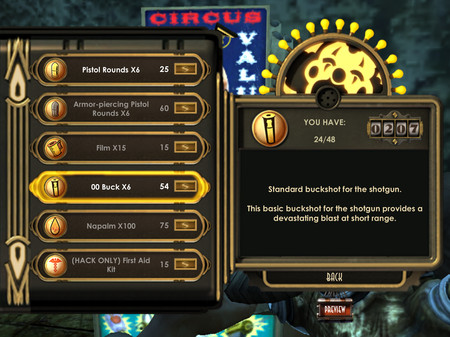 Smartphone gaming gives us the opportunity to poke and prod our media where ever we are. And as the devices get more powerful, we're going to see more and more 'big' games like BioShock making the shift over.

And no, they're not going to offer the best experience. But you can't put your Xbox 360 in your pocket and use it to make phone calls or order takeaway or send Facebook messages to celebrities.

Let's be honest, you've probably played BioShock already anyway. You're not coming to this big damp FPS without any knowledge of the game.

If you are, you should probably go away and play it on something else first. But for veterans, there's a thrill to whipping out your phone and wrenching some Splicer's head in. It might be a bit clumsy, but it's on your phone. 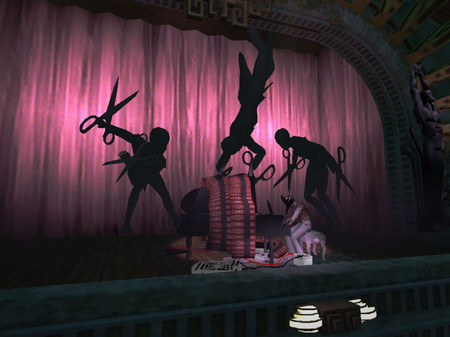 Sure you might lose some of the detail, but BioShock was always about the big picture. It's world is grim and dripping, cracked and decaying, and I'm pretty sure all of that will still be in place.

We've come an awfully long way since we first poked some buttons to make a snake twist its way around a tiny screen. We should embrace that, not complain that the end result isn't as good as it was on our consoles.

Next Up :
Definitive Apple Arcade games list - every available title so far