Boss Baddie has announced that it'll be releasing a new instalment of its critically acclaimed indie shooter Big Sky on the PS Vita and PS3, with VooFoo and Ripstone helping to bring the series to the system.

Big Sky Infinity will feature the same twin-stick blasting action as the earlier games, and marks the first time the series has appeared on a console or handheld system.

Haven't seen this before

Unlike other shooters, Big Sky is a procedurally generated (effectively, random) game, and it layers on top familiar elements of the genre, like large boss battles and ship upgrades to help you pack a bigger wallop.

To celebrate the announcement, Boss Baddie has put Really Big Sky on sale on Steam, so if you have a PC, you can check out Big Sky Infinity's predecessor for pennies.

Alternatively, you can have a look at the video of Really Big Sky below for a taster of what to expect later in the year. 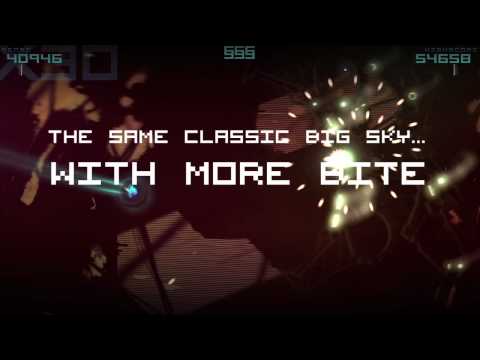 Subscribe to Pocket Gamer on
Next Up :
Infinitoggle, a brand new minimalistic colour puzzler, launches for Android

VooFoo and Boss Baddie would like to say 'thank you' for downloading Big Sky Infinity 200,000 times