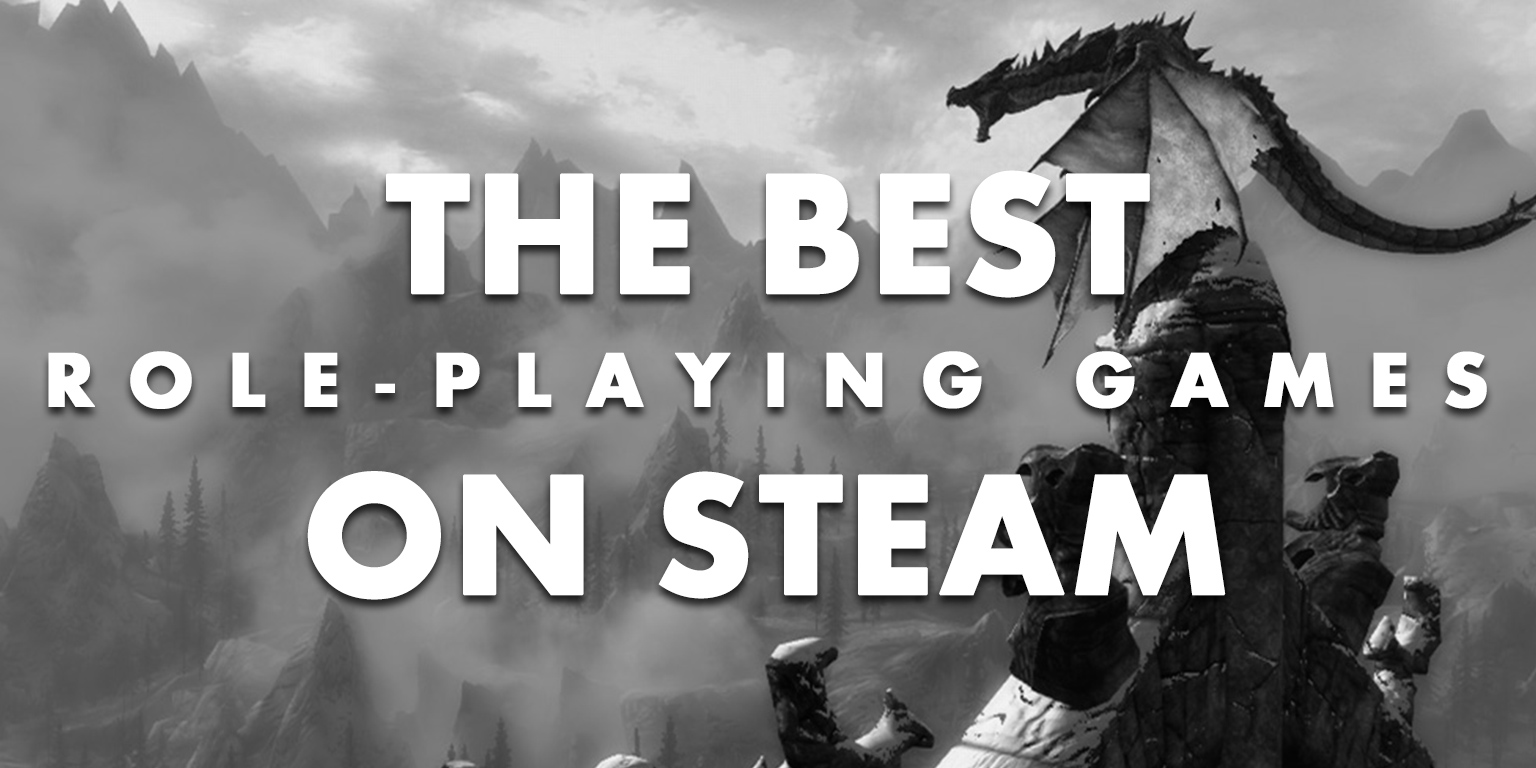 Some of the earliest video games ever were role-playing games. Given the natural ability of computers to crunch stats, and the natural affinity between programmers and Dungeons & Dragons, that's no surprise.

Since then, the genre has come on in leaps and bounds.

Just as the numbers behind the scenes have become more complex, the interfaces above have become prettier and more accessible.

The games have diversified into multiple, confusing sub-genres each with their own vocal fan base. And you can find examples of every kind on Steam.

So here are some of the best, just in case you need a suggestion next time you fancy a bit of dungeon delving. 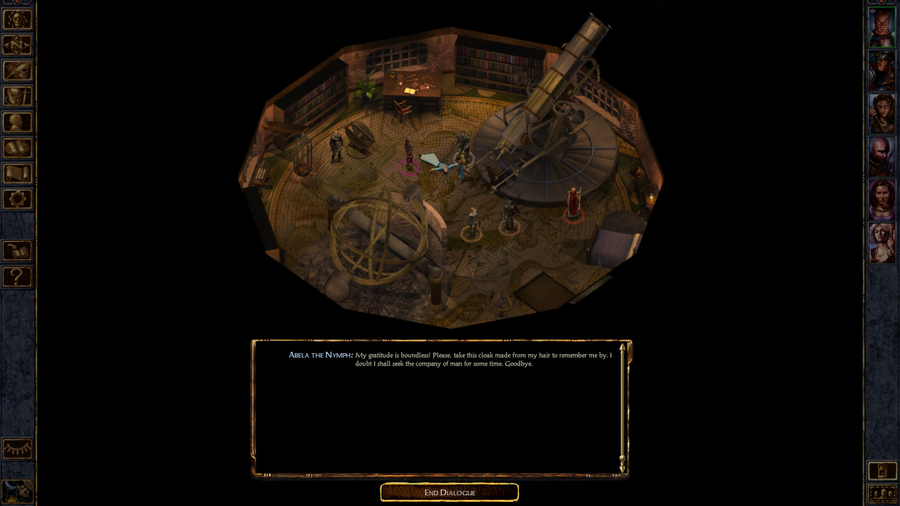 Let's start than with the title that transformed role-playing games forever.

In place of the lumbering, stat-driven games of the past, here was a thing that wove character and story into an epic tapestry. And gave us heart-stopping real time combat with a pause button. In fact, it had even more lumbering stats than most of its predecessors. We just stopped caring because everything else was so wonderful.

The sequel, Baldur's Gate 2, went on to greater critical acclaim and is also on Steam. But my heart stays with the original for its comparative simplicity and naive charm. Who want and epic plot that span the cosmos when you could be gutting Gnolls at the behest of a mad Ranger with a hamster fixation?

Pillars of Eternity
By Obsidian Entertainment - buy on PC, Mac, and Linux (£34.99) 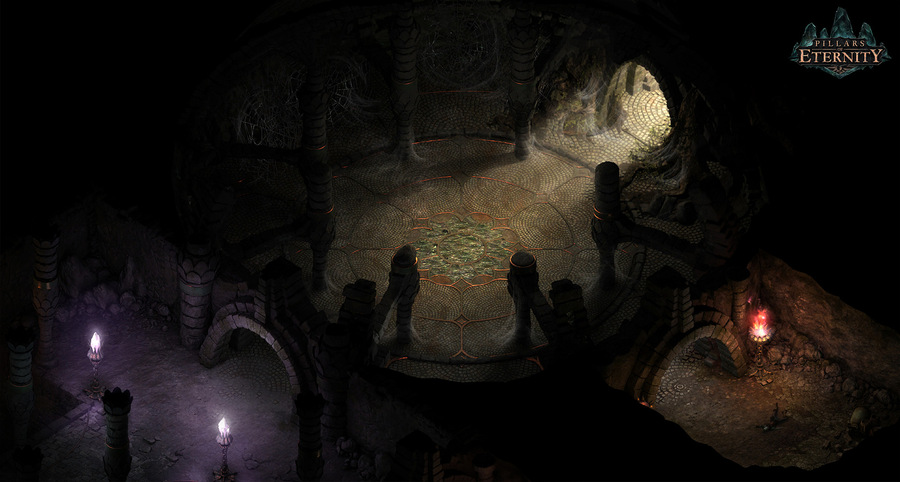 Besides, if you really want epic role-playing in the style of Baldur's Gate, you can skip the sequel and pick up this instead. It has the same concepts as the classic Infinity Engine that powered the Baldur's Gate games, but drags everything into the new millennium.

It means ever more complex interactions between the members of your party and non-player characters. It means a novel fantasy world of astonishing richness and imagination bought to life in vivid detail. It means a lot more strategy and tactics to pause-button combat. It means a near-bottomless well of potential play hours. 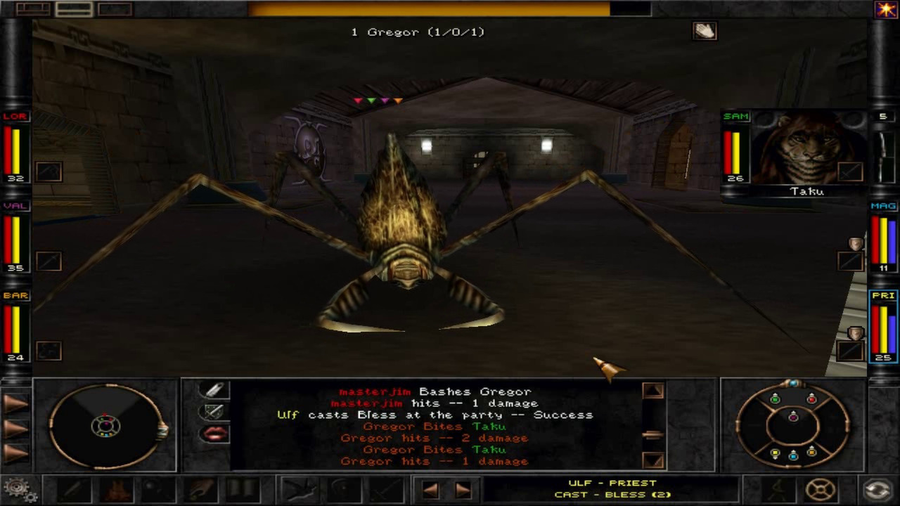 If you want a glimpse of what role-playing was like before the Infinity Engine, this is the place to find out.

Oh sure, it's got the first-person view common to more modern fare. But after spending several hours poring over stats in the character creation screen you'll come to understand the true meaning of "old school".

If you can get past that, however, there's a massive, seventy hour game underneath. Filled with monsters, traps, and even more stat crunching as you level up and kit out your characters. 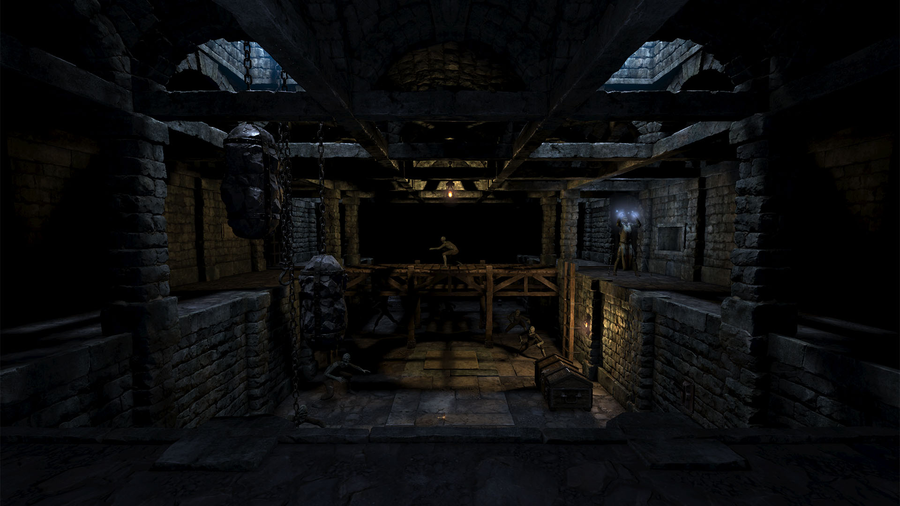 Just as detailed stat crunching was starting to feel obsolete, along came a game called Dungeon Master. It dared to do something different. Rather than watching your party from above as they moved round the map, Dungeon Master let you see the world through their actual eyes.

Legend of Grimrock 2 is a love letter to that long-lost title. It eschews modern open world games and goes back to the simple click-move system and grid-based maps that characterised the original. Then it uses those mechanics to build the biggest, hardest most unfathomable puzzles you may ever encounter in a role-playing game.

Forget grinding for stats. This is all about watching your party starve as you stare bleakly at a cryptic riddle intoned by a stone head. It's more fun that it sounds. 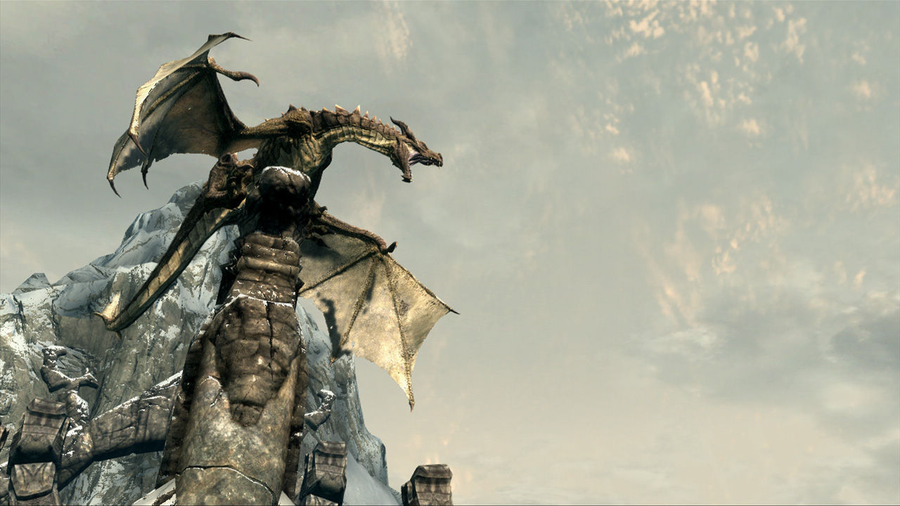 Those open-world games that grew out of the old first-person dungeon explorers have gone from strength to strength. The Elder Scrolls series, which sees you free to roam massive and richly detailed fantasy worlds, are the poster child of these titles. And Skyrim is the very best of them.

Although there's a plot to follow, you can ignore it and be whatever you want to be. You can collect potion reagents, hunt monsters, or collect cabbages to earn your keep. You'll want to do it thanks to the incredible scenery, the snow blowing off windswept peaks, the sun shining off walls of ice.

Wherever you go, and whatever you do, you'll find secrets and wonders. But we suggest you do pay some attention to the plot, and not get lost in cabbages. 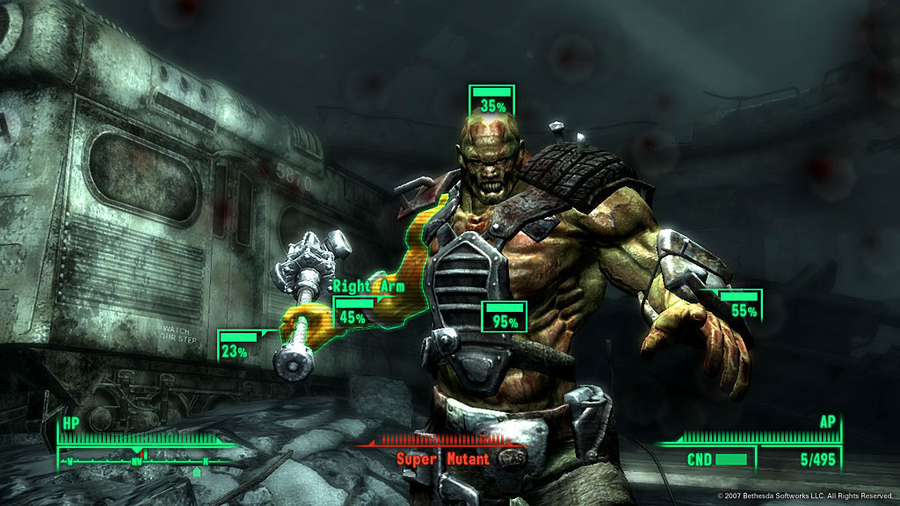 The majority of role-playing games are set in sword and sorcery words. But there's no reason for that other than conforming to a stereotype. The mechanics work effectively transplanted to any setting.

Post-apocalyptic open world title Fallout 3 is perhaps the best proof of that. As the anonymous Vault Dweller, you'll emerge into a blasted world that's at once familiar and yet horribly different. Add in fine mechanics for survival, character building and a smidgen of black humour and you're looking at an all-time classic. 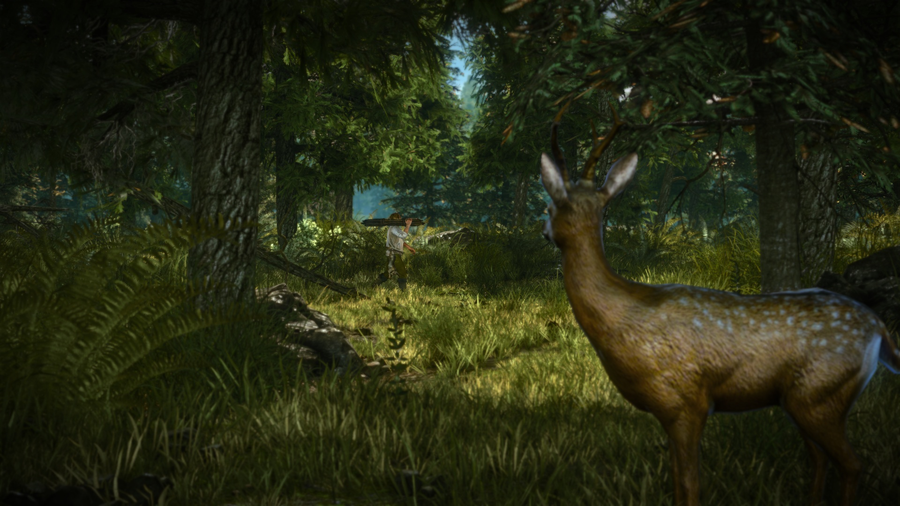 Just as open world settings threatened to overwhelm role-playing games, along came The Witcher 2. It reminded us how a hub-based world and act-based plot could be far more intimate and compelling than open wandering.

Its recent sequel, and critical darling, The Witcher 3 did go open world. But we're sticking with this game. Partly because the newer one requires a beast of a machine to run. Partly because the combat in the older title is harder and more satisfying. But you won't got far wrong with any game in this franchise. 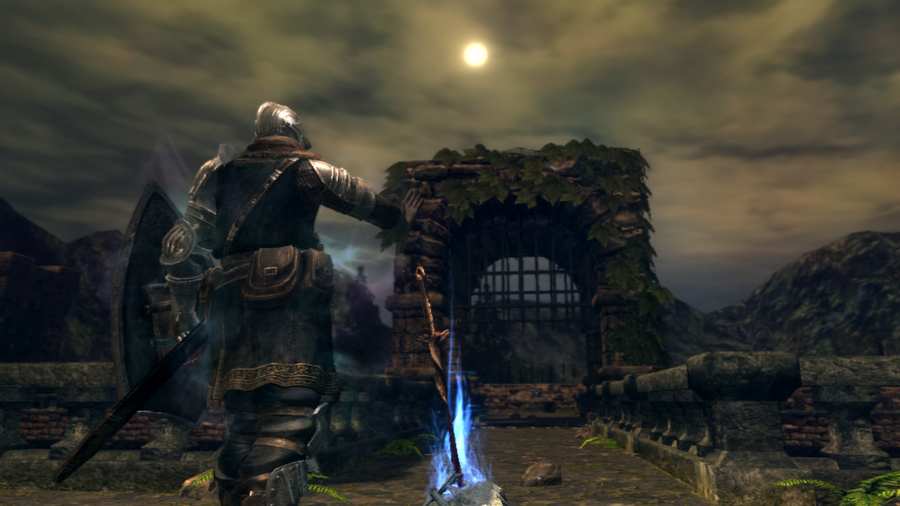 Gaming is full of people who extol the virtues of Dark Souls in spite of all the things that make it a nightmare.

The grueling difficulty level. The punishing and often inescapable set-pieces. The design elements like hiding important save points and making one entire level a deadly poisonous bog. Here's the thing though: these people are right.

Your reward for suffering these torments is the satisfaction of having earned your rewards, of knowing you best something really hard. Plus, Dark Souls is one of the few genre blenders that manages to keep intact almost everything satisfying about its inspiration. It's a fully-fledged action role-playing game with combat like a fighting game. Ignore the naysayers and try it. 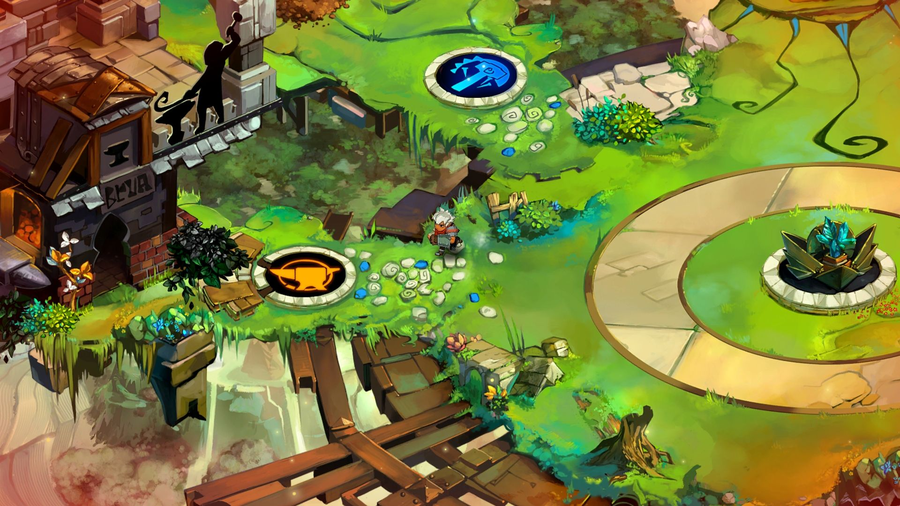 If you can't get with the towering challenge represented by Dark Souls, we could forgive you for getting your action RPG fix here instead. Because while not as unique as the previous entry, Bastion manages to get everything else about the sub-genre just right.

The button-mashing and dungeon exploring, the experience gathering and loot collecting all dovetail snugly together. Not that you'd be looking, anyway, as you're carried along on soothing voice of the game's extraordinary event-based narration.

It's almost like someone reading you your very own fantasy story, with you as the hero, out loud. 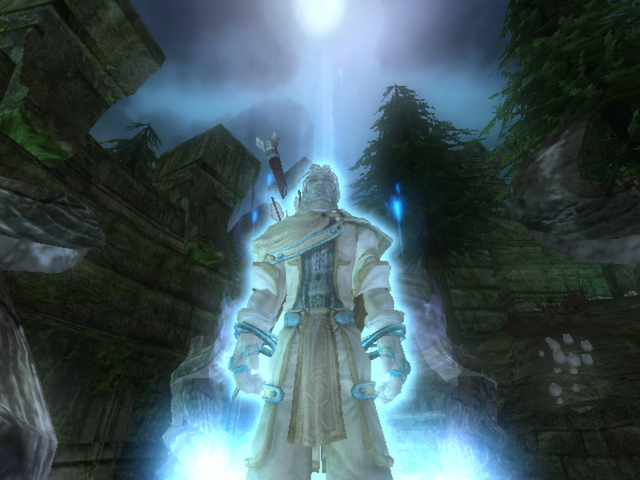 Reaching a bit further back into the mists of action RPG history is Fable. Given that the genre is now often celebrated for its difficulty, it seems ironic that this was once criticised for its lack of challenge. And the critics were right: it's a title you could play through with one eye closed.

What earns it its spot on the list is the sheer joy of the thing. Exuberance peeps out from between every pixel as you slay bandits, explore haunted ruins, and kick chickens. It's so full of fun, in-jokes, and silly Britishness that playing is like having Peter Molyneux in your front room with a party hat, giving a thumbs up and a cheesy wink.

Except a lot less creepy. 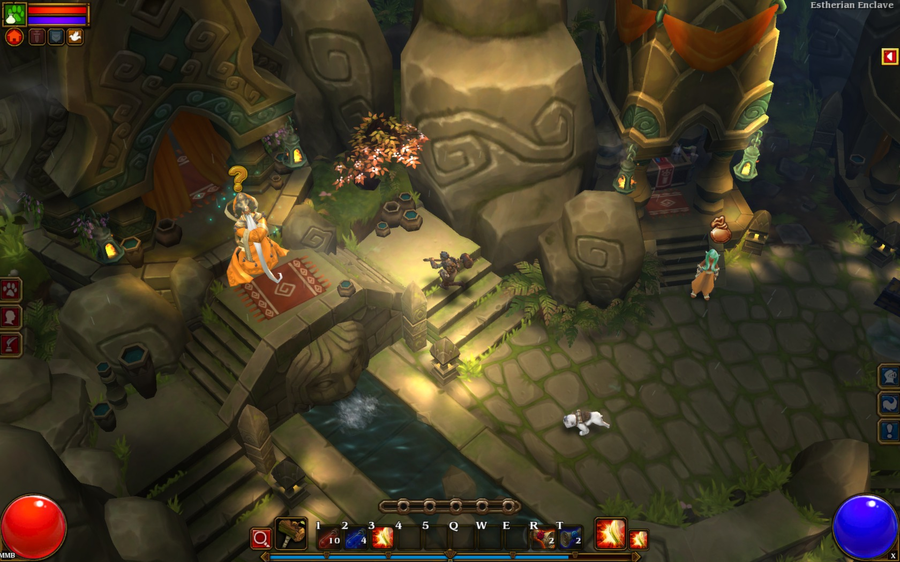 It's worth remembering that not all action RPGs are over the shoulder third person. A little title called Diablo gathered elements from classic Rogue-likes and made a new kind of role-playing game. In which collecting treasure started to feel more like mainlining crack cocaine.

None of that series is available on Steam. Which would have been a shame until Torchlight 2 came along and eclipsed the games that inspired it at a stroke. While Diablo became ever more complex, convoluted, and po-faced, Torchlight 2 returned to simpler joys.

Such as clicking on monsters until they explode, then picking through the gore to find what items they dropped.

Also all of these games work great on Powerful Gaming Computers from Fierce PC. 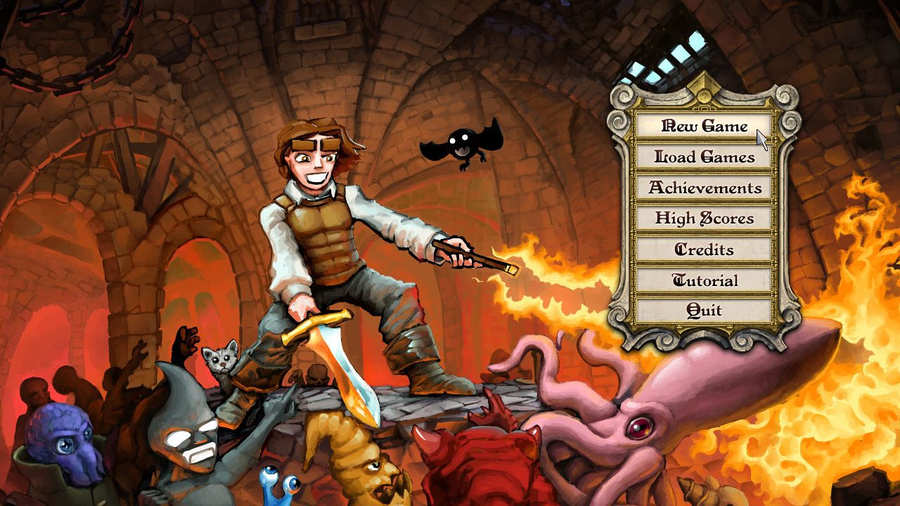 Speaking of Rogue-likes, they're a genre onto themselves and deserving of their own list (Oh, here's one!). But the majority of them also look and feel a lot like classic role-playing games.

Dungeons of Dredmor is perhaps the best of them. It updates the formula of exploring a procedurally generated dungeon turn by turn with some nicer graphics and a healthy dose of humour. Which will leave you laughing right up to the point that permadeath kills your save file hours into the game. 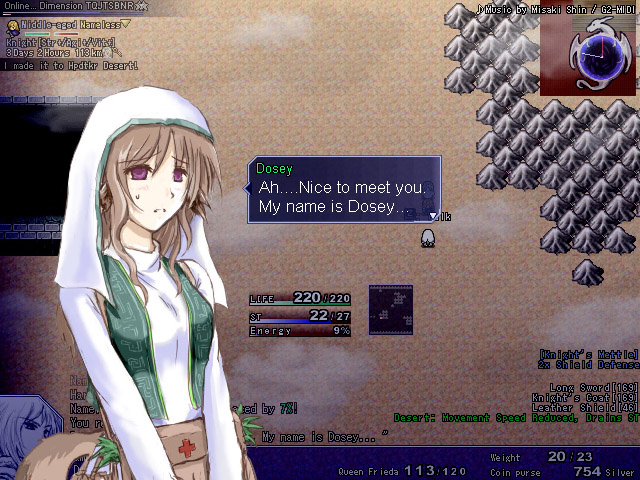 It takes something special to stand out amongst all the Rogue-likes on Steam, but one-way heroics has a unique selling point. As you explore the new procedural world the game has made, darkness is eating it from the other end.

The result is a bizarre blend of turn-based role playing and the forced scrolling common to old-school platform games. It has other innovations, too, like giving you points to spend on upgrading things for your next run.