We've been very excited for Battlezone here at Pocket Gamer, party because it looks exciting but also because robotic neon future-tanks sounds like every game I wanted as an 8 year old.

Battlezone will be bringing a dynamic campaign that according to the press release "blends procedural and randomised content" but what this means in reality is that no two campaigns should play out the same way.

The campaign map is fought out over a series of hexes and will bring together dozens of environments, levels and mission types in new combinations, some of which you can see in the below trailer.

CEO Jason Kingsley thinks Battlezone could offer something unique in the VR arena: “I think VR has an unfair reputation for just offering cool bitesize experiences, but we want to come out firing and deliver the kind of substantial content early-adopters are crying out for.” 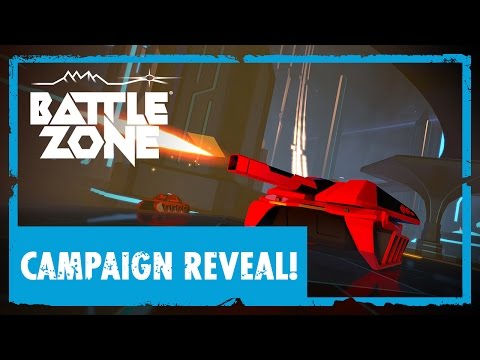 Subscribe to Pocket Gamer on
Next Up :
The Revolt: Massing is an upcoming RPG based on Hong Kong's Westward comics, now open for pre-registration