Sony President Shuhei Yoshida announced at the Sony conference yesterday that Rebellion's remake of 80's tank 'em up Battlezone is arriving first the the PlayStation VR.

Battlezone was announced at E3 back in June, with a trailer that makes it look like Tron and Xbox mech battler Phantom Crash had a baby and it came out shooting.

The original Battlezone looked like the most Virtual Reality game of all time, all green lines and pixelated death. This updated version seems to have a similar look

There's not much more information to share, but the E3 trailer reveals a few snippets of the game in action. This should be a good addition to the PlayStation VR lineup, As cockpit based VR games are generally pretty popular.

Watch the trailer. It's really good. 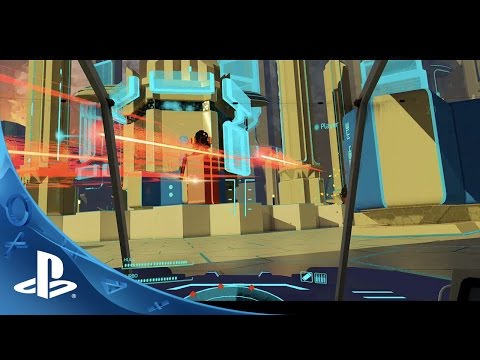 Subscribe to Pocket Gamer on
Next Up :
Alchemy Stars launches Miss Kobayashi’s Dragon Maid collab and adds new characters to the JRPG