Battleplans now available on Android with iOS update to boot

Command your troops on a whole new platform

Publishers En Masse Entertainment have announced that the tactical title is now available for Android systems, after formerly being an exclusive iOS game. Even iOS users have something to celebrate too, as they have also announced an update for Apple products.

With its slick graphics and easy-to-grasp format, the game brings the strategy genre to the mainstream and allows for players of all ages to get stuck in. The intuitive controls propel Battleplans into a league of its own amongst other strategy titles on the market.

One of the most the exciting additions to the game is the release of a new playable character, Taigar the Huntress, who possesses the special ability of the Mystical Stag, coming to her aid in the heat of battle.

Centering around two main phases of play, the game opens itself up for extensive gameplay. The ‘Skulls’ phase relies on players using strategic manoeuvres to their benefit and getting to grips with each hero’s special abilities. Factor in the real time element, players are then matched with competitors across the globe and must plot with traps and defence plans to ensure victory.

The game offers a bunch of handy features, including a playback option, whereby players can watch over their past defences and improve for future battles. Speaking of the game themselves, CEO of En Masse Entertainment, Sam Kim, told us: “Battleplans provides a fresh, new spin on real-time strategy games and fills a need in the marketplace.

"Players will find themselves immediately getting to the
fun elements of an RTS with easy controls to build heroes and squads, as well as scalable resource management – all of which lends for a great experience while trying to outsmart your enemies." 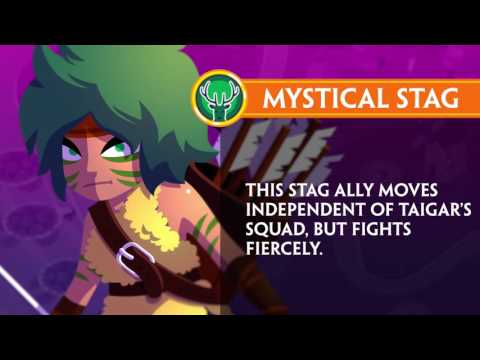 Catch the game yourself from Google Play.