Batman Arkham Origins for iPhone and iPad is not just a decidedly average free-to-play brawler.

It is, in fact, a decidedly average free-to-play brawler that lets you unlock extra content and currency in the console game of the same name.

Beat up enough baddies in the app and you'll be able to unlock WayneTech points and a dashing new Batsuit in the Xbox 360 and PlayStation 3 edition of Batman Arkham Origins.

Follow this quick and easy tutorial and you'll be changing into a new skin-tight Lycra suit in no time. 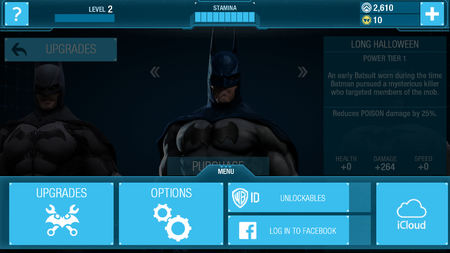 First things first, download Batman Arkham Origins (it's free) on your iPhone or iPad. Load the game, and hit the teeny tiny "Menu" button at the bottom of the screen and choose "Unlockables". 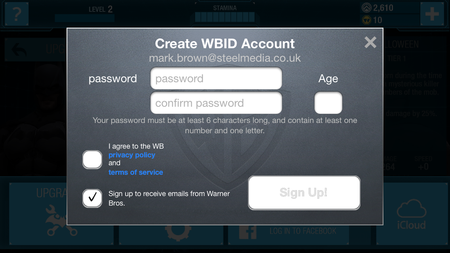 Unless you like spam. In which case, knock yourself out. Whichever way you go, hit Sign Up. 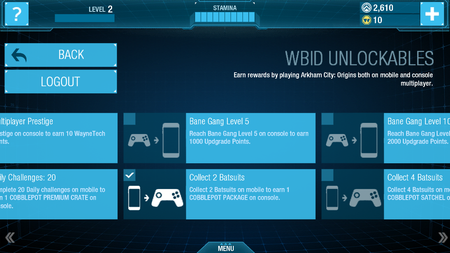 Once you have logged in, you can track your unlockable items. The ones that have a picture of a phone pointing at a controller mark achievements where you unlock stuff in the console game.

Primarily, you'll be able to unlock WayneTech points in the form of Cobblepot packages, satchels, and premium containers. One slightly more exciting unlockable is a Red Son Batman costume for the console game.

You just need to get 10 Batsuits in the app. 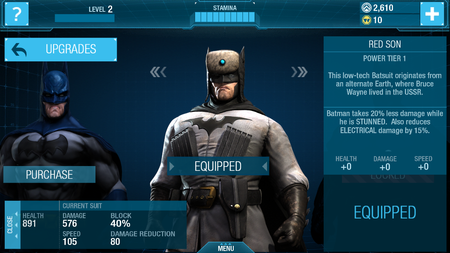 There's no easy way to get those Batsuits, I'm afraid. You will get one freebie when you sign up for a WBID, but you'll need to beat up Deadshot, Copperhead, and Deathstroke on the app to unlock another 9.

With Origins's quick to deplete stamina bar, that might take some time (or a second mortgage). 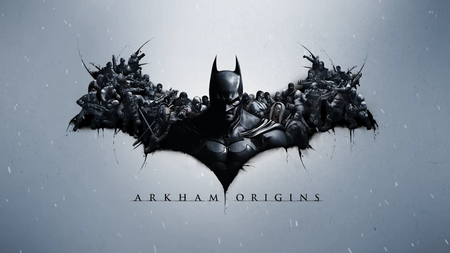 Once you're done, you will be able to unlock the Batsuit (and any WayneTech points you've accrued) in the console game.

Now, seeing as the Xbox 360 and PlayStation 3 version of Batman Arkham Origins isn't actually out yet, we don't really know how that will work. But, chances are you'll simply need to log in with your WBID in the console game and you'll get your new suit.

We'll provide more in-depth instructions on this bit once we've bought the game. It's out later this week.

Be the Batman in free-to-play punching simulator Batman: Arkham Origins for iPad and iPhone