The Unreal-powered braweler promises plenty of action along with some "light RPG elements" that let you customize your individual caped crusader to suit your preferred playstyle.

As with the console version, the plot of Arkham Origins kicks off when Black Mask offers an astronomical bounty to the first assassin who can bring down the bat. This money attracts the likes of Bane, Deathstroke, The Electrocutioner, and others - and Batman must fight back as the streets of Gotham City turn against him.

Similar to the comic book version of the hero himself, Batman in Arkham Origins will have a closet full of batsuits to unlock and equip - each giving different stat boosts, immunities, and advantages. 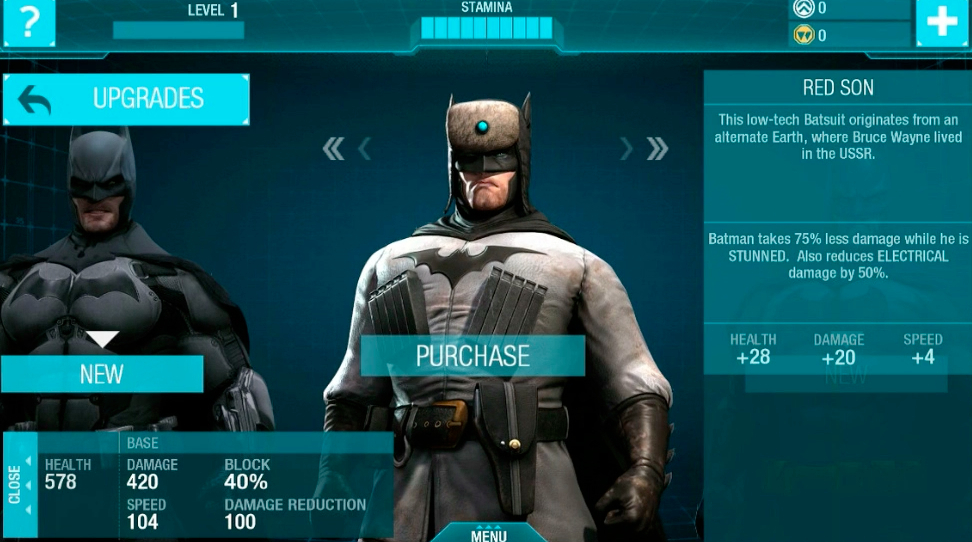 The retro-styled JSA Liberty Files Suit and the toon-tastic Batman Beyond suits are mobile exclusives, but NetherRealm explained that others can be purchased with in-game currency or be automatically unlocked with if you've already collected them in the console version.

In order to accomplish this, you'll need to link both games with the same WBID.

It's simple, we kill the Batman

Like the Bronze Award-winning Batman: Arkham City Lockdown, Batman: Arkham Origins is powered by the Unreal Engine - though we've been told the footprint for this game will be a bit smaller.

"We're getting better in the area" a representative for NetherRealm told us, before estimating that it'd be "well below a gig".

Impressively, NetherRealm managed to cram a lot of content into that tiny footprint. Batman's special attacks all launch tap- or swipe-focused mini-games when you use them, which spices up the combat nicely.

The Electroshock gloves, for example, break the camera into a first person view and you have to tap left and right in rapid succession to deliver a Batman-brand beatdown to the jaws of evildoers. 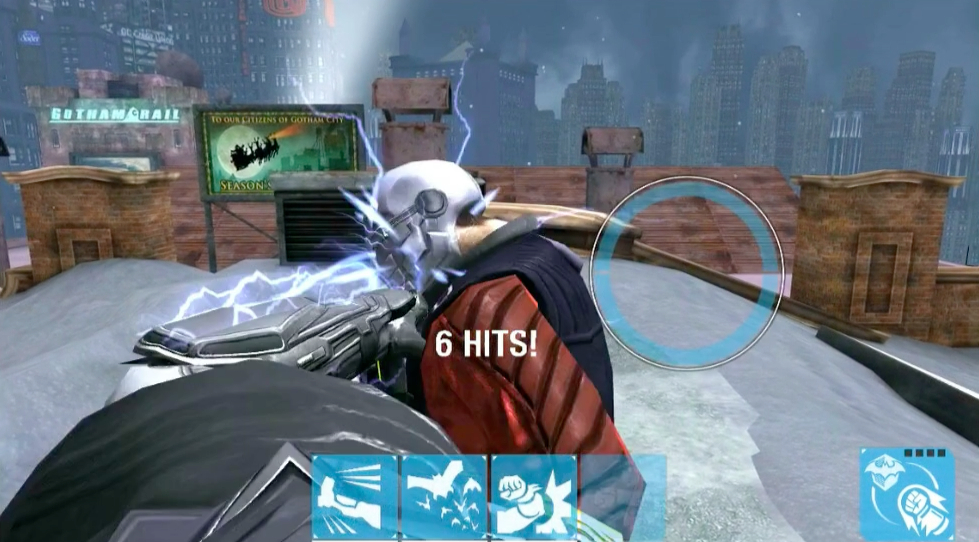 We asked the representative about the free-to-play model for Batman: Arkham Origins and we were assured that the only reason players will feel need to spend on In-App Purchases is if they "want to unlock everything, all upgrades and suits, on day one".

Otherwise, the game's currency will be provided generously and organically as you progress through the levels - and all upgrades can be bought with either stripe of in-game currency.

Built for phones and tablets

One of the most user-friendly features we saw with Batman: Arkham Origins was the "minimal-HUD Mode" which removes a lot of the on-screen clutter if you're playing on a smartphone.

This frees up precious screen real estate and makes the action easier to see, although the tablet version never feels crowded with the heads-up display turned on.

Additionally, players can swap the on-screen HUD to the left or right side - thus accommodating right-handers and southpaws alike.

Assuming that Batman: Arkham Origins is well-received by players, NetherRealms says that it has "plenty of updates planned for the game" and they'll be open to post-launch improvements based on the feedback from the playerbase.

Batman: Arkham Origins is due out during "the console launch window" which is October 25 worldwide. The Android version is expected "in the holiday timeframe".
Next Up :
Black Desert Mobile reveals new Drakania class alongside other major updates and announcements

Be the Batman in free-to-play punching simulator Batman: Arkham Origins for iPad and iPhone