Out at midnight: Bardbarian is a one-finger mash-up of tower defence and arcade action for iOS

Bardbarian is a bit of an odd one. It's sort of like a mix between a lane defence game, an arcade shooter, and an RPG.

More importantly, it's out in New Zealand right now. That means it should be surfacing on the UK and US App Stores at midnight tonight.

In Bardbarian, you are cast as a reluctant warrior who, tired of hacking 'n' slashing, decides to reforge his battle axe into a lute.

You can now use this lute, for some reason, to summon other warriors to his side. There are archers, magicians, and other typical fantasy characters at your beck and call, though you'll need enough notes to get them on side.

Once you've got a gang going, you run around levels, swooping a finger over the screen to move. Your hired help fire out arrows and magic spells to kill the goblins that are encroaching on your village crystal. 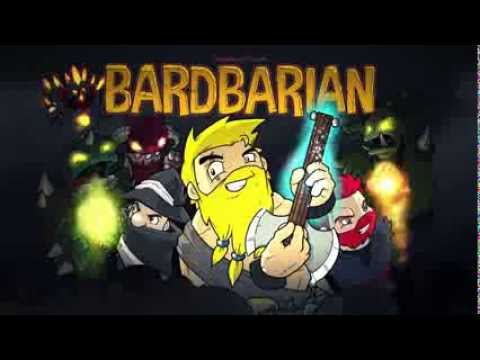 It's an intriguing marriage of styles, then. Sure, Bulkypix has taken bits from a lot of other games, but it has blended them together into one big simple-to-play experience.

You'll need to upgrade your heroes, units, and your town to get ahead, by the way. To be honest, though, you're handed a decent amount of gold to begin with. You can pay to get some extra, but the prices aren't too steep.

Bardbarian should be out on the UK and US App Stores at midnight tonight, and will set you back 69p / 99c.