BaliFied review - That's not even a word

Word games live and die on their sense of fairness. If you're playing against an AI opponent set to easy and have to reach for a dictionary to find out what the word they just played means then something isn't quite right.

And unfortunately that's what BaliFied does - in single player at least. It's not the end of the world, and there's still an interesting idea bubbling around here but the frustration / fun balance isn't as well thought out as it needs to be.

That's not to say that you shouldn't play it. If you're a fan of word-based digital entertainment especially there's an awful lot to enjoy, just be ready to swear when the AI pulls out a five letter word with more X's then should strictly be possible.

The game is played with a series of cards, each of which has a letter on them. You need to make words. The longer the word, and the more difficult the letters you use to make it, the more points you'll score. 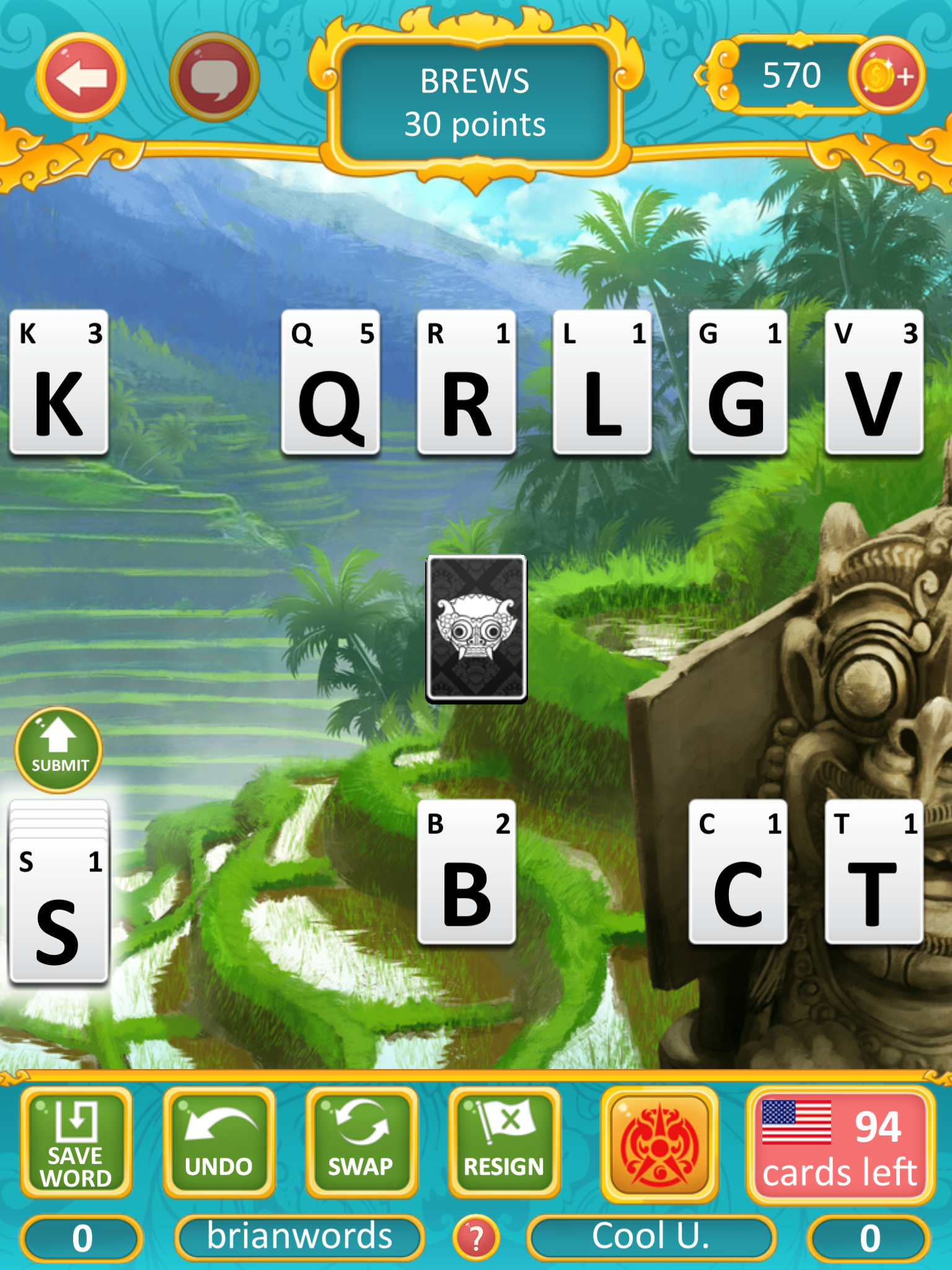 Your words need to start with a letter-card on your side of the playing field, but you can steal cards from your opponent to continue your spelling.

There are buffs and boosts you can use to up your score as well, and an interesting move that lets you save a word for later.

You might have an impressive five letter word, but you know that with a couple more cards you could score a whole lot more points. Saving it means your opponent can't use any of the letters while you wait for the cards you need.

If you treat the single player campaign like a primer for the multiplayer, and don't get too upset when the AI drops some out-of-use Victorian term for the soles of shoes, then you're going to get on pretty well with BaliFied. 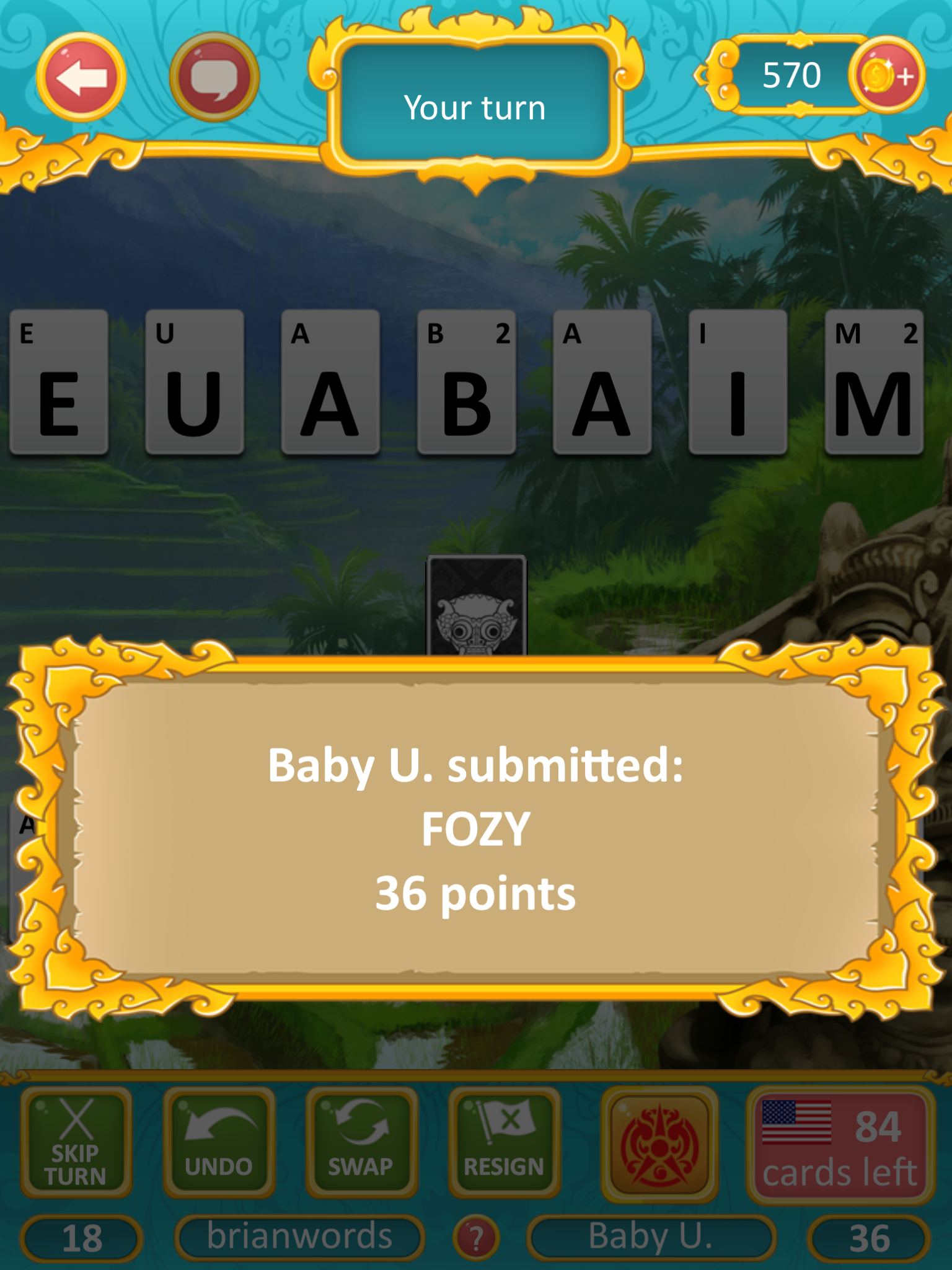 It's got a strange vibe to it, and there are some annoying adverts between pretty much every word you play. But look past the problems and you'll discover a word game with some neat ideas that should keep you entertained for a while.

BaliFied review - That's not even a word

A solid work game, with a few wrinkles, that should keep fans of the genre reasonably happy
Next Up :
Evony: The King's Return review