Have a little lie down

PS Vita
| Back to Bed

Surreal puzzler Back to Bed will be sleepwalking its way to PlayStation Vita on August 25th.

We found out that it would be heading to PS Vita earlier this summer when LOOT Interactive announced it would be publishing indie games.

Of course, this wasn't the first time we had heard of the game. Back to Bed came out for mobile last year.

We had some problems with its touchscreen controls but hopefully, due to the d-pad, the PS Vita version won't suffer from that.

The idea is to guide a sleepwalker called Bob back to his bed. You play as SuBob - the physical manifestation of his subconscioius - and have to push objects into Bob's path to guide him. 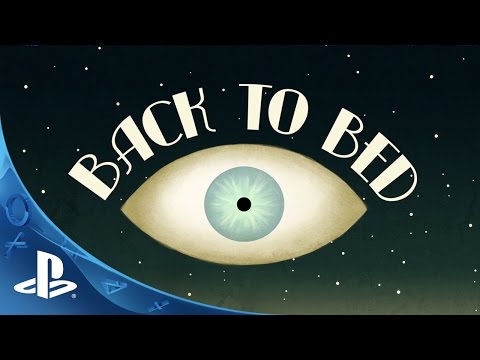 Doing this involves navigating the surreal architecture, which means walking up walls, and past overgrown animal parts.

Not too surprisingly, it's a game inspired by surrealists René Magritte and Salvador Dali, while M.C. Escher influenced the architecture.

Back to Bed will also be available on PS4 and PS3 when it comes out on PS Vita on August 25th.