There are certain combinations of sensations that go together to create an atmosphere. For an arcade racing game, they mainly revolve around loud engine noises, screeching tyres, the thrill of speed, and the feeling that you're at the very brink of losing control at almost every turn.

Asphalt 9: Legends understands that. And it understands it better than I can explain in a single, pithy opening paragraph. In fact, it understands it so well that it's confident enough to strip back almost all the frippery, in turn becoming a blistering assault on your senses that's super easy to handle.

And that's the point. This is a lightning injection of all the chaos that makes the very best arcade games so much joy to play.

Sugar on the asphalt

After a brief fling with one of the supercars you're trying to unlock, you're dropped into the lower leagues of the street-racing world. You get a car, a bit of money, and need to work your way up to the top of the driving-really-fast tree.

The default controls are simplicity in themselves. Steering and acceleration are taken out of your hands, leaving you to concentrate on the important things like drifting, pulling off jumps, and using your nitros. 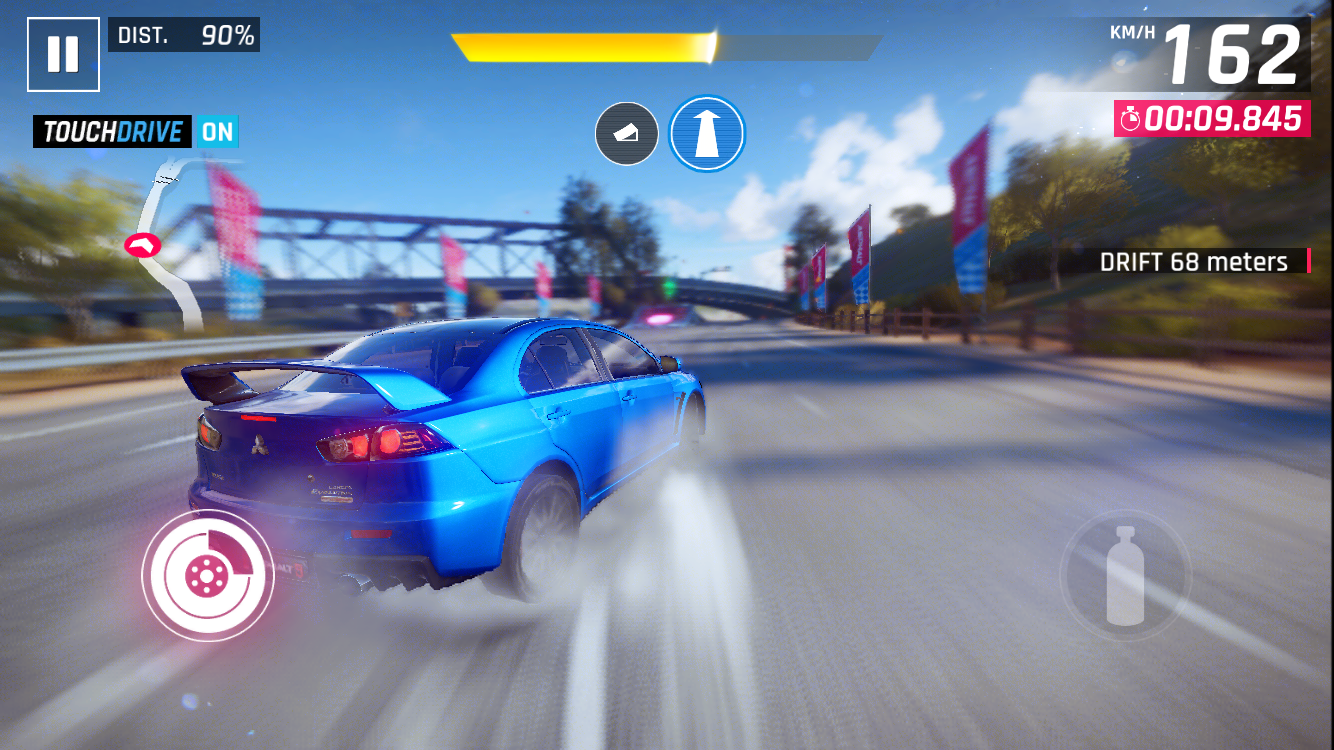 If you're worried that might narrow the scope of the game, then let me put your mind at ease. There are still multiple branching paths on each track, which you get to with a swipe using the default controls. And you can turn the assistance off, taking control of the steering yourself, if you'd prefer.

There are pros and cons to both systems, but whichever you choose you're going to be having a breathless old time as you plough through skyscrapers, dodge enormous waves, and try and hit those jump sweet spots just right. 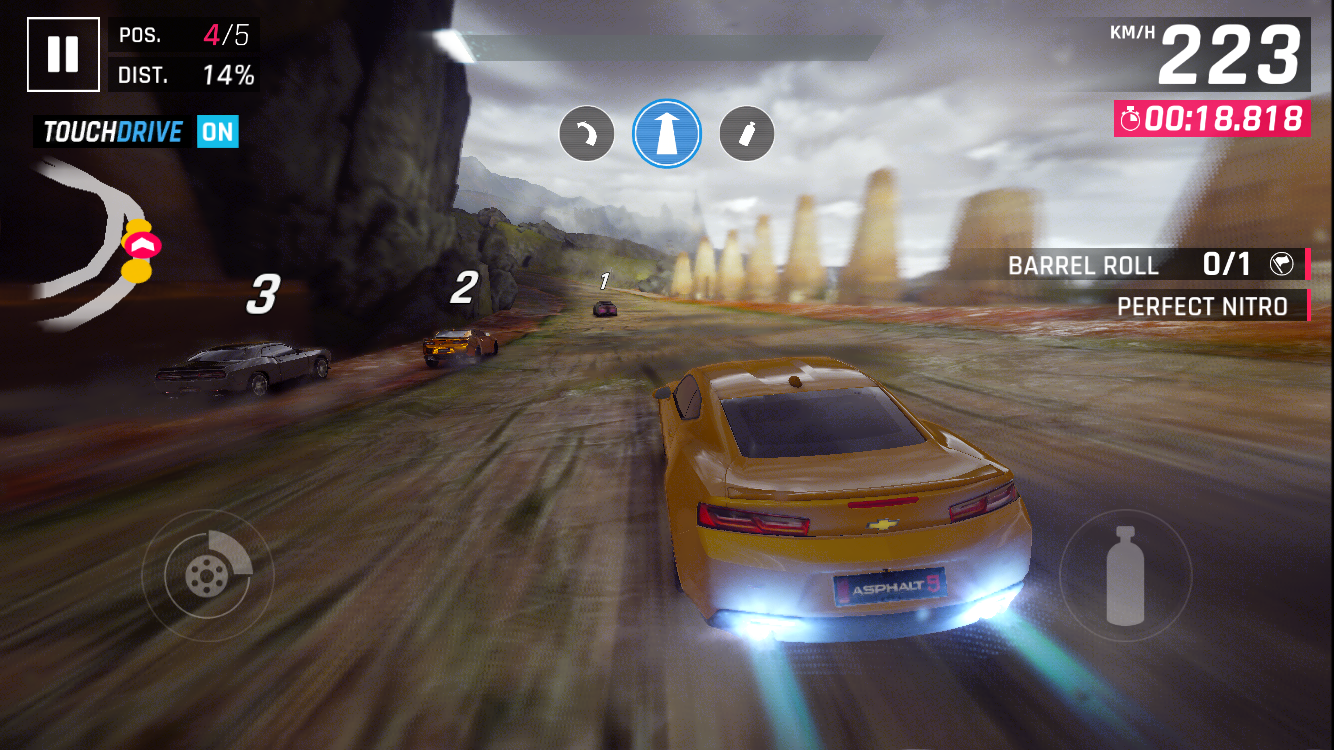 It's those surroundings that make the game such an enjoyable experience. They join together to create a maelstrom of insanity, around which you're flailing with a ridiculously expensive car. There are crashes, there's rubbish to drive through, sometimes you'll get hit by a train.

The free to play here is solid too. Each of your cars has its own gas tank. When it's empty you'll need to use another car, wait for it to refill, or buy some more gas. In the time we've spent playing, we've not hit anything close to a pay wall.

Asphalt 9: Legends knows what it is, and it isn't afraid to stand on the roof of its supercars barking it out to anyone who'll listen. It's a brilliantly balanced game of skid and fly, that makes you feel like a stunt racer from the get-go.

The learning curve might be relegated to an option, but there's still challenge here. And the simple fact is that being able to jump in a car and flip it off a giant ramp feels absolutely brilliant.

Atmosphere is everything, and this is a neon-slashed, glittering howl of engine-revving madness. There may well be a new arcade racing king in town.