Kingdom of Heroes: Tactics War has received an update today that introduces a brand new character to the RPG alongside a new Rune Dungeon for players to explore. The changes also see a renewed Spirit Summon feature and several new Hidden Strengths.

The new Rune Dungeon is called the Abyss Prison, a realm that is protected by Archfiend Belial. Here he summons several powerful clones of himself that are capable of performing pincer attacks on your team and grow stronger as their numbers increase. 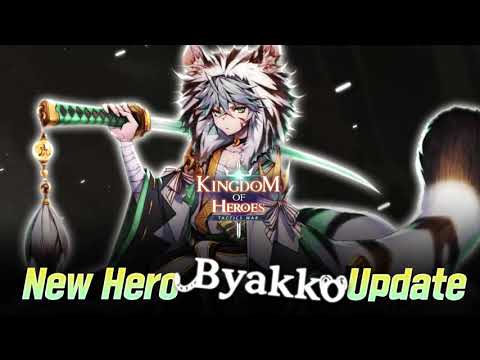 However, damaging them will also hurt Belial too so it's important to destroy them all before they defeat your party. If you manage to emerge victorious, you'll have a chance of netting a Guardian Rune which will give each member of your party a Shield at the start of a battle. The strength of this shield increases for each Guardian Rune set you have equipped.

Elsewhere, a new hero called Byakko has been added to the game. Along with Suzaku and Genbu, he is one of the main members of the Masked Owls Special Operations Team. He possesses the brutality of a trained swordsman but also the innocence of a young lad.

He is a melee fighter that can dish out high amounts of damage depending on the number of Buffs the enemy has at the time. Additionally, his special ability makes him stronger whenever an enemy makes their Action Gauge recover quickly.

Finally, changes to the Spirit Summon feature will make it easier to get hold of your desired heroes after pre-selecting eight. This will apparently increase your chances of netting the character you're looking for by telling the game who you'd like.

Searching for the best mobile RPGs around? Here are 25 of the absolute best for iPhone & iPad