It's easy to forget with the furore surrounding the new Xbox Series X console, but Microsoft also officially launched its ambitious cloud streaming service in 2020.

Xbox Cloud Gaming opened out to subscribers of Xbox Game Pass Ultimate on September 15, 2020, offering the ability to stream hundreds of Xbox games on your mobile phone.

We covered the service extensively in its limited xCloud beta form a little before this rollout, so we're not going to go into great detail. But we thought now would be a good time to take stock and bring you up to date on where Xbox Cloud Gaming is at as we move into 2021.

Technically, the bare minimum you need is an Android phone (any should do), an Xbox Game Pass Ultimate membership and a Wi-Fi connection. But I'd say that you really should add a Bluetooth controller of some kind (here's a list of compatible controllers), even though a number of games have added touchscreen support since launch. 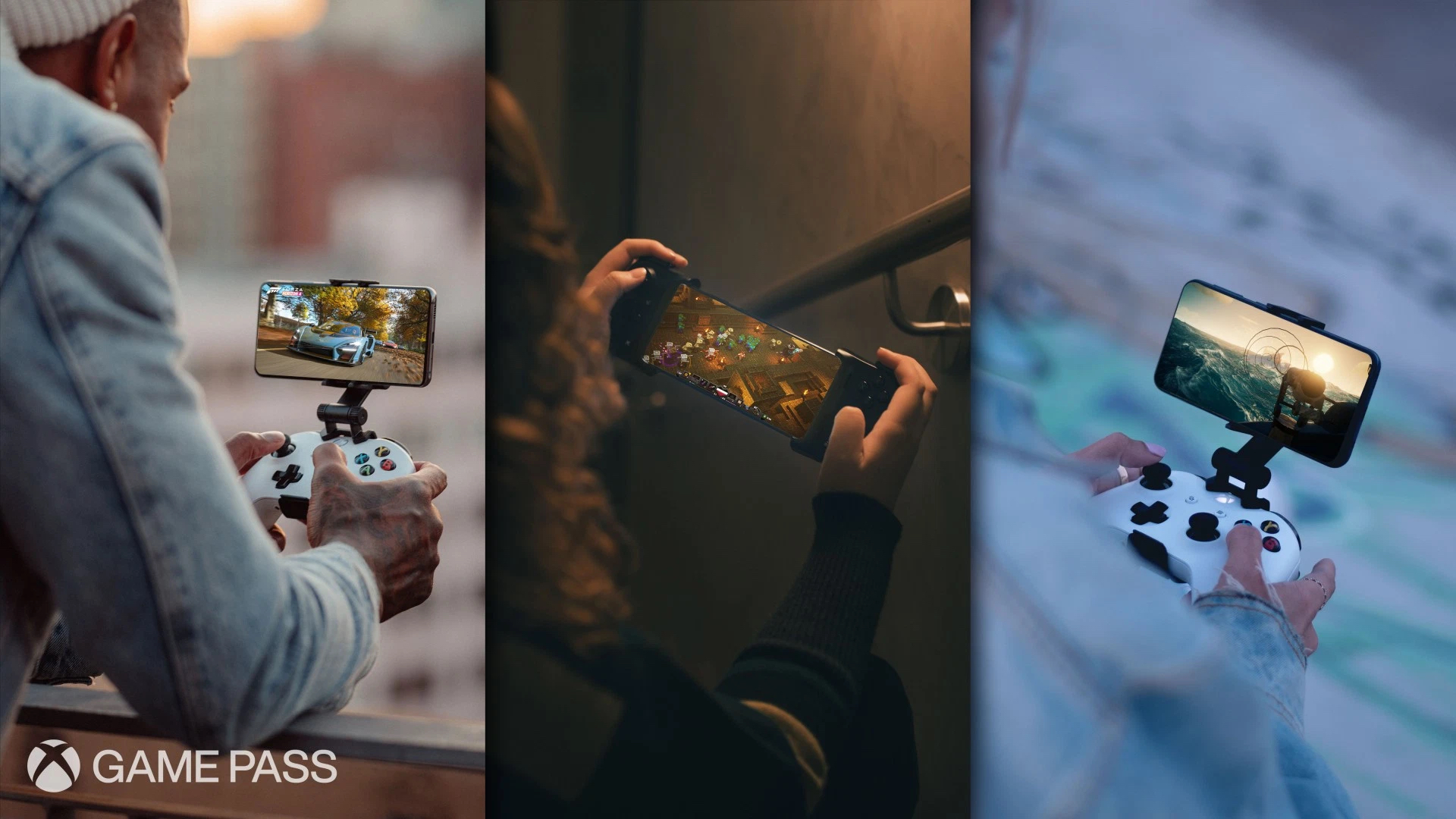 The Xbox Cloud Gaming service launched with an initial library of some 150 games, covering everything from triple-A blockbusters like Forza Horizon 4 and Halo 5: Guardians to indie gems like Dead Cells and Enter The Gungeon.

Several months on from launch, that number has expanded to 205 games at the time of writing. The rate of refresh is higher than it seems, too, as a number of games have dropped off the roster. Just like with Netflix and Amazon Prime Video, third party content doesn't stick around forever here. 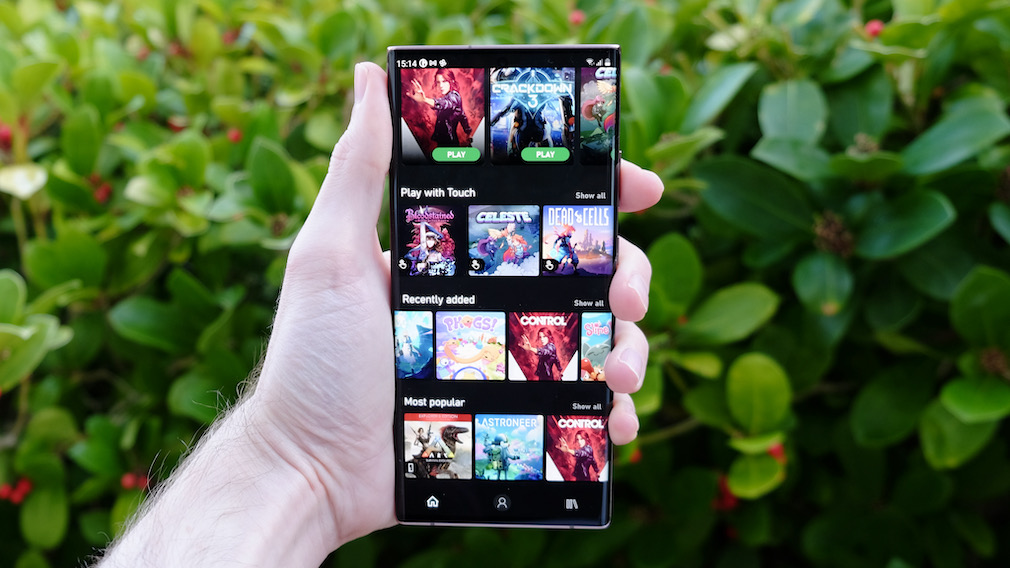 All in all, it's a really high quality mix of the new and the old; the big and the small. And all of the genre bases are covered.

Another exciting post-launch addition to Xbox Cloud Gaming has been EA Play. Mega-publisher EA's own game membership service has been folded in at no extra charge.

At the time of writing, seven of these EA Play games are now playable on your phone. These including Dragon Age: Inquisition, Madden 20, and Mass Effect: Andromeda.

Being able to play high-end console quality games on your phone remains a mind-expanding experience when you really stop and think about it.

I can't say that the gaming experience has categoricaly improved since our previous tests, but I do know that the experience I had with Crackdown 3 in late December felt better than it was back in mid-October. Microsoft's server-side improvements, or a better day for my broadband provider? I'm not sure. 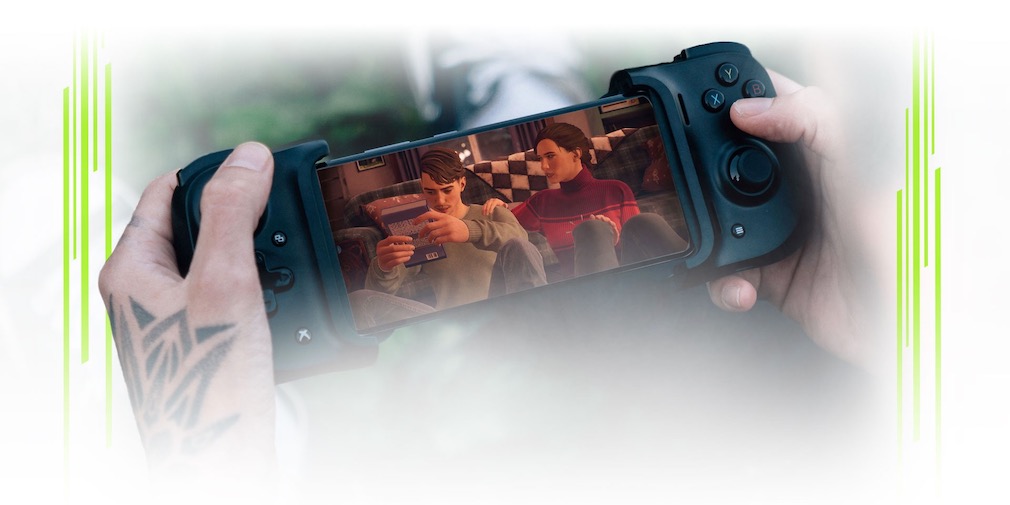 It's still not a perfect replication of the original games any way you cut it. There's still a little lag here and there, as well as a perceptible layer of grain over more graphically rich fare like the aforementioned Control. But the fact you can even play this game that brought last generation consoles to its knees in such a fashion is a massive achievement.

I was also impressed by how responsive Celeste felt here. It's a technically simple platformer, but those who've played it will know how reliant on responsiveness it is. Server latency was still present, and I wouldn't claim it's the best way to play the game, but I was quite able to guide Madeline through her tricky gymnastics challenges from the comfort of my Galaxy Note 20 Ultra.

I currently feel that Xbox Cloud Gaming is best as an indie game machine, with the bonus of being able to get a playable taster of meatier fare. To that end, I think it's best treated as an accompaniment to an Xbox console or PC, rather than as your sole portal for accessing these brilliant games.

Performance matters aside, full-scale console stuff doesn't feel perfectly optimised for the small screen, even when that screen is the best part of 7-inches in size. That may well change as the service grows more fleshed out and popular, of course, and as that latency figure diminishes.

And the exciting thing to consider is that this is still a service that's in beta, despite its official roll out. Microsoft is going all out to support and improve its cloud gaming service, so it's only going to get better through 2021 and beyond.

The best new mobile digital board games of 2020