Crying Suns initially launched for iOS and Android back in June this year and has been well-received since - we awarded it a Gold Rating. Today the developers have announced that a large update will be arriving in the game on October 29th called Advanced Tactics.

This update has been tested and balanced over a period of months with the Crying Suns community so you'd like to think it'll bring changes that fans of the game will enjoy. It will introduce new weapons, squadrons and auxiliary systems for battleships and officer abilities.

There have also been some changes to unlockable battleships which now come equipped with a special technological modifier. This means that players will need to adapt their strategies by taking into account the ship's strengths and weaknesses. 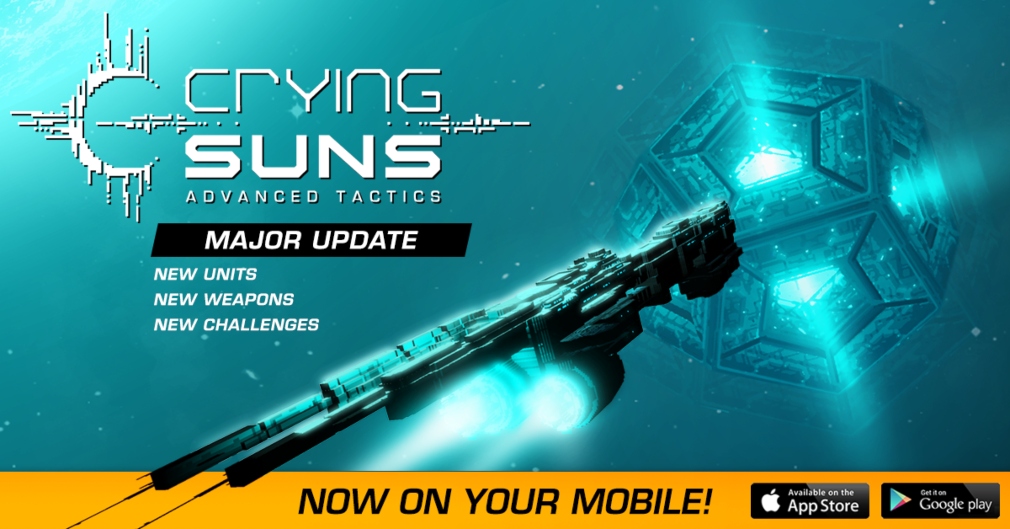 There will also be neutral units to discover on the battlefield that opponents can capture to obtain a territorial advantage. Additionally, there are now more enemy AI behaviours to force players to adapt their responses. Finally, there will be a new point of interest to find called the Omniforge that allows players to upgrade their squadrons.

If you're unfamiliar with Crying Suns, it's a strategy game that draws inspiration from the likes of Advanced Wars and FTL. It initially launched on PC before the developers decided to bring the game over to mobile devices with a revamped UI and control set up for touchscreen devices.

Crying Suns is available now over on the App Store and Google Play. It's a premium title that costs $8.99.

Searching for some of the best strategy games around to play on the go? Here are 25 of our favourites for iPhone and iPad