Funko Pop! Blitz, the match-3 puzzler from N3TWORK, is available now globally for iOS and Android

Love them or hate them, Funko Pops are seemingly here to stay and it was inevitable they'd start appearing games too. Last year we saw Gears Pop arrive on mobile and now Funko Pop! Blitz is available globally for iOS and Android.

Funko Pop! Blitz then is a match-3 puzzler that's been published and developed by N3TWORK and Tic Toc Games. It will feature various Funko versions of well-known characters from across multiple franchises. At launch, these collections will include characters from the likes of Back to the Future, Jurassic Park, Shrek, Kung Fu Panda and more.

Each of these characters will bring a Super move to the game that will affect the match-3 board in different ways. These abilities are designed to reflect iconic moments from the movie or show they appear in. For instance, Puss in Boots from Shrek will be able to charm with those adorable wide-eyes you're likely familiar with.

There will be weekly events that will focus on a different film or TV show. At launch, this will be centred around Jurassic Park. During this time players will be able to collect characters such as Dr Ian Malcolm, Dr John Hammond, Dr Ellie Sattler, Dennis Nedry and the Dilophosaurus. 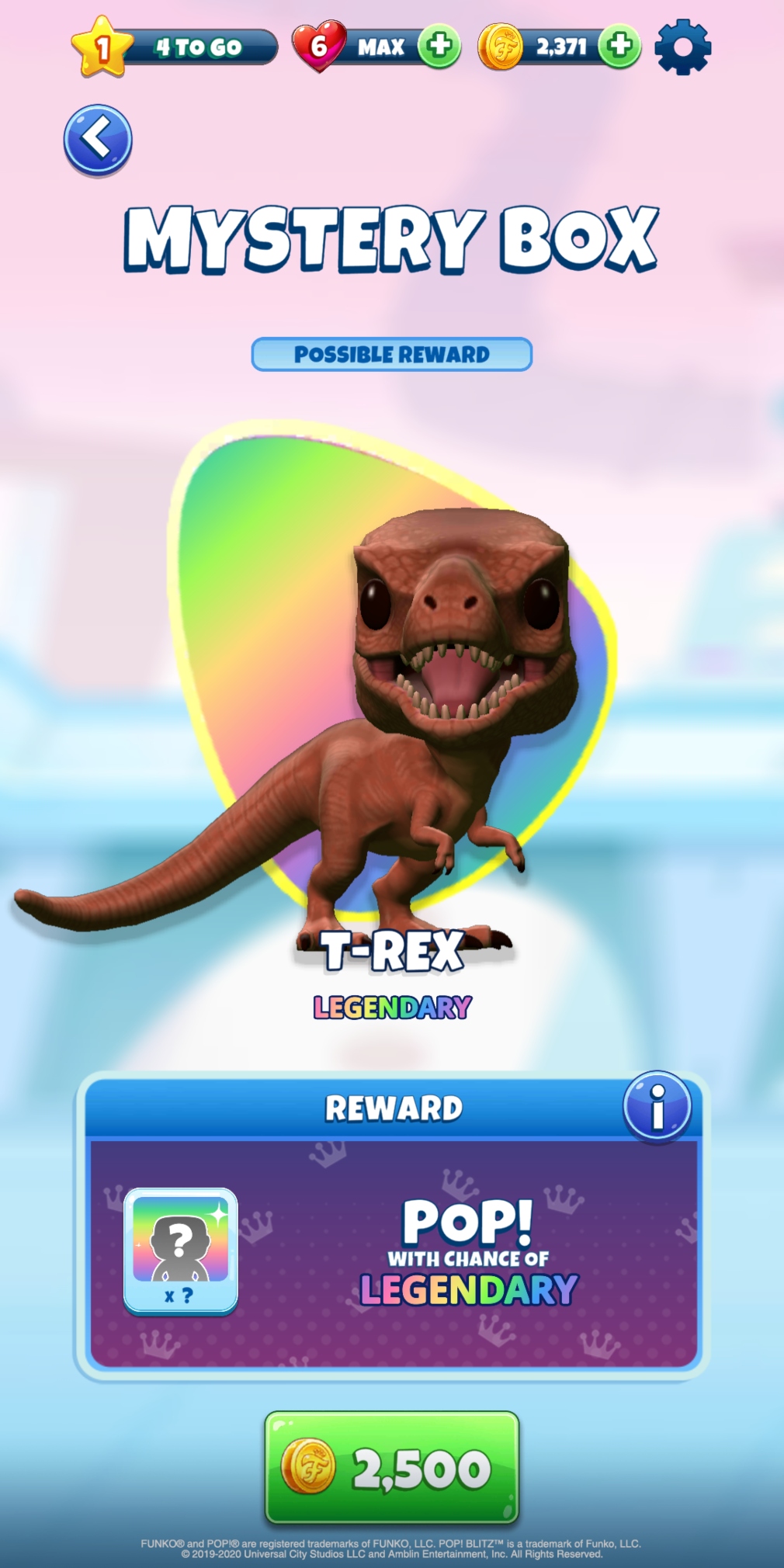 Neil Young, CEO of N3TWORK discussed the game, saying: “Funko Pop! Blitz is the ultimate pop culture mashup game. In collaboration with Tic Toc, we have created an accessible yet endlessly delightful game that blends the puzzle game mechanic with beloved characters from some of the world's most popular entertainment franchises.”

He added: “Each weekly event will introduce new characters from some of the world's most popular properties. Whatever you're a fan of, you're sure to find it in Funko Pop! Blitz.”

Funko Pop! Blitz is available now over on the App Store and Google Play. It's a free-to-play game with in-app purchases.

Enjoy match-3 games? Here are 10 of the best available on iPhone and iPad

Funko Pop! Blitz’s latest collaboration brings over characters from How To Train Your Dragon