One Finger Death Punch 2 recently arrived on iOS, this time around as a premium title. Its predecessor's port to mobile was often criticised for its free-to-play implementation so many were pleased to hear the sequel was a straightforward premium release. However, is the port worth your time? We asked our App Army to ready their tapping fingers and find out.

The rhythm of the fight. While I am a rabid fan of rhythm games like Deemo, I can’t say the same for Fist of Fury. The idea of directional tap fighting games hasn’t appealed to me since. When I saw One Finger Death Punch 2 I wasn’t particularly excited, I haven’t played the first one, and I haven’t gotten into Stickman Fight games on the AppStore. Boy was I in for a pleasant surprise, there is so much going on in the fighting sequences, enemies dodge, lock powers with you, and match your moves.

The action is completely over the top and it keeps escalating with new variants and elements flying in from every angle all the time. There is even a sequence where you leap on a horse and start lobbing heads off with a great axe before dismounting, and carving ahead with a lightsaber in Bullet-Time slow motion. The result is a crunchy rhythm flow experience that has won me over to a genre I had no prior appreciation for. Highly recommended: >9000/10. 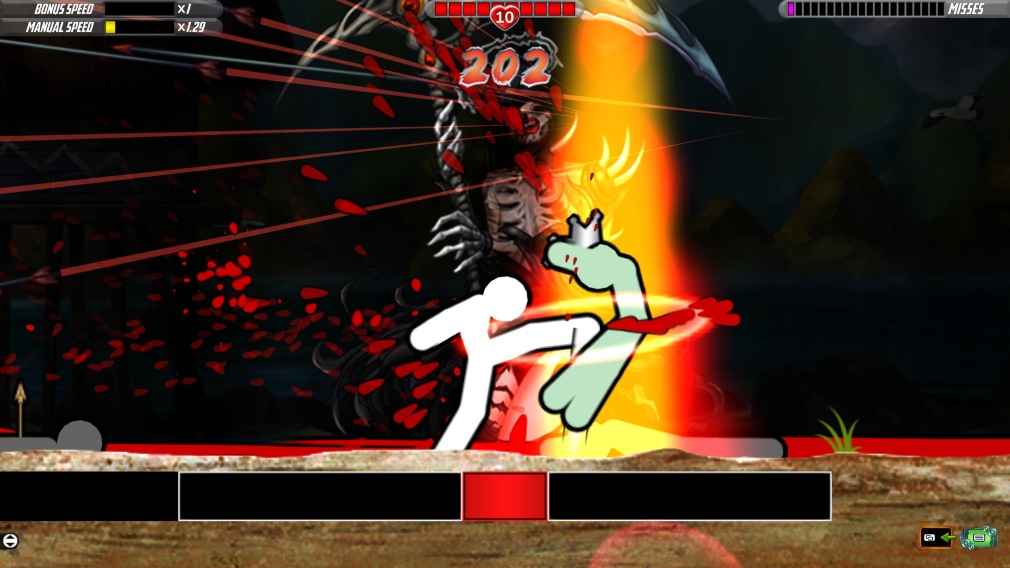 I thoroughly enjoyed this game, from the simple controls to the background soundtrack and the steady climb through difficulty - it was a great time filler. I initially thought I’d try it for 10 minutes or so, just to get the feel of the game, but twenty minutes later I was still playing.

There are sixteen tutorial levels for you to hone your skills and then the real gaming begins. There are hundreds of levels to keep you busy and the death punching never stops. There are all the usual things to be collected like skills to help your fight easier, but to be honest I just wanted to keep playing and forgot all about upgrading as I was having too much fun. This game is colourful, fast-paced and great fun. I highly recommend it. *****

This game is really good in short bursts. I thought it would be a pure beat 'em up type game but it more of a rhythm fighting game in a sense you have to defeat enemies but the game has its own rhythm. Do you can’t just spam attacks. It really suits the pickup and play style as well as the just one more go nature of the game. 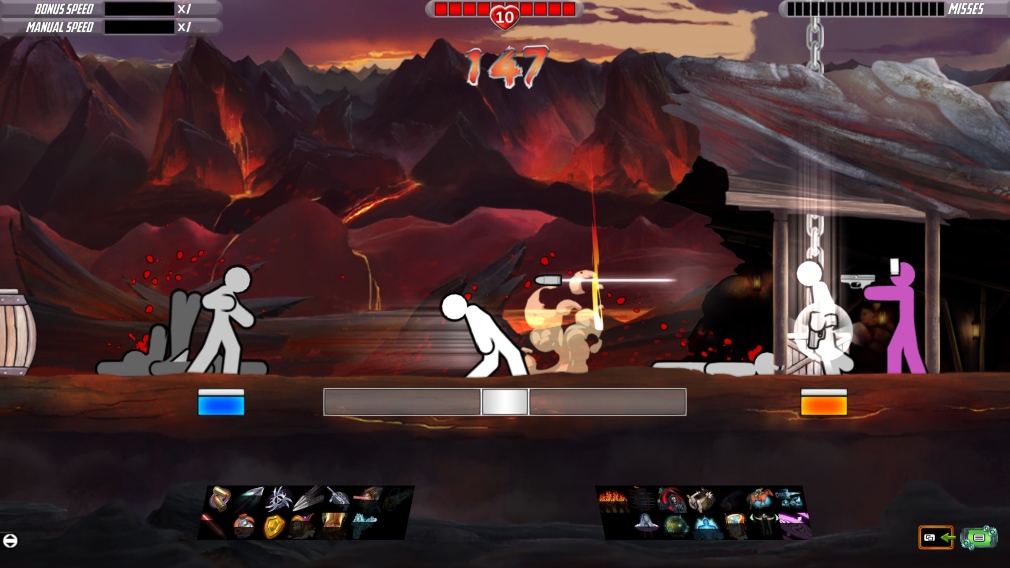 Let’s begin by saying how simple the controls for One Finger Death Punch 2 are, literally two buttons (each half of the screen being a button). Though with these simple controls come a whole world of timing and reaction entertainment. There has been many hours spent going for the, more seemingly distant, 5-star rating on each level. Graphically this game is a gem, smooth animations with a stick figure feel that gets more detailed after the first few levels.

As for the story... Don’t worry yourself with such things apparently the developers decided to create One Finger Death Punch 2 without a story and just focus on the mechanics of the game, which I must tip my hat their way because they have done an amazing job. The levels are fairly short which make this the perfect game on the go for quick break sessions or even just a quickie before lunch break is over. Easy to pick up, hard to put down and impossible to master. If you’re up for a two-button challenge that designed to drive perfectionists crazy, this is the game for you!

This game is the definition of easy to learn, tough to master. The game has very simple controls, you simple press the left side to attack to the left, press on the right to attack right. You attack as the enemies enter your attack area. And they come fast and furious with some increasingly erratic mechanics. Overall it feels like an action rhythm game. Simple and addictive. Highly recommended.

Excellent arcade game, starting with the super simple controls, well-made graphics and music complement the package well. A finger is a game of a lot of beating where you have to press on the right side where the enemies come from, but don't expect it to be so easy as the challenge will increase more and more, I liked and approve. 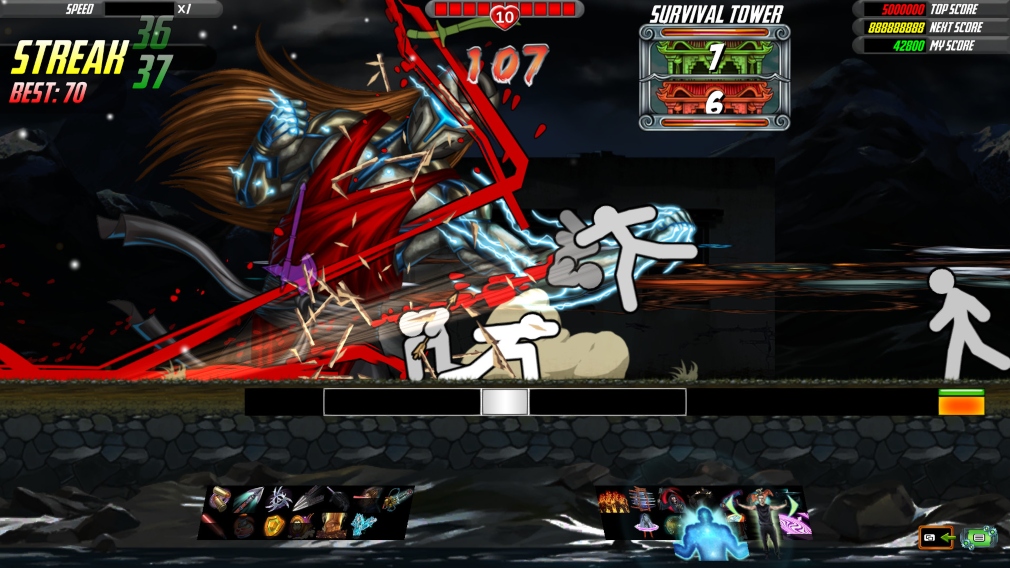 This is a really cool arcade fighter. Straight out of those really cool arcade games that so many of us plunked quarter after quarter into. It looks gorgeous and the sounds definitely enhance the experience. Controls are pretty easy and I had no issues with them whatsoever.

So while there isn’t a lot of depth to it (so far- I’ve played through eight levels), it doesn’t need depth. It’s a gorgeous and fun flat-out brawler. And yeah, there are lots of fighting games out there for mobile. So much so that I rarely even look at them anymore. But this one does it with style. I’d recommend it happily.