There will also be tougher quests to complete for greater rewards

Mighty Bear Games' food-fight themed battle royale, Butter Royale is set to receive a big update in early August that introduces new NOMs, Power-Ups, Quests and the start of a new Season. We've got all the details exclusively for you all right here.

Two new NOMs – or Nutritionally Operated Machines – will soon be discoverable once you've dropped onto the map. The first is the Durian Launcher which will catapult this smelly fruit at your opponents and surround them with a potent, poisonous cloud. 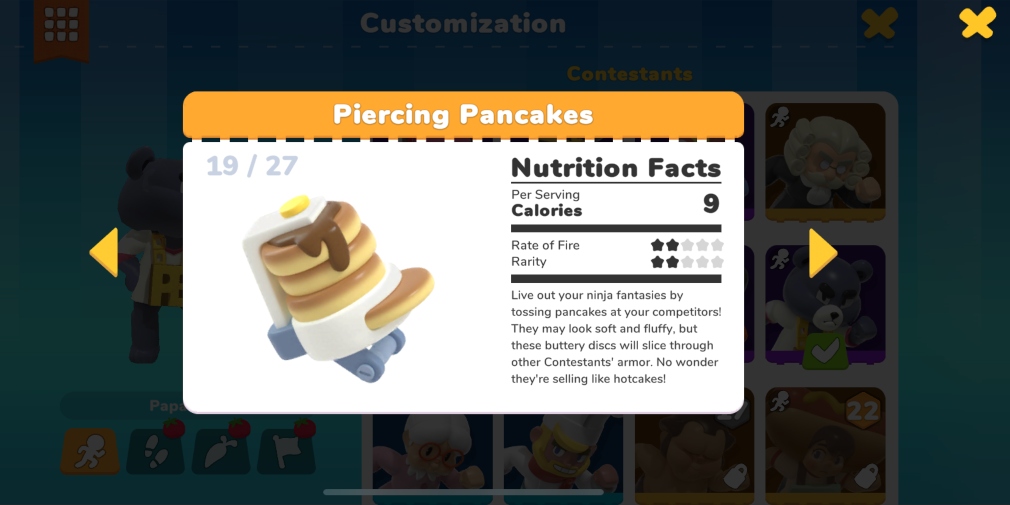 The second of these weapons is the Piercing Pancakes wrist-mounted device. This fires discs of buttery goodness that are capable of slicing through enemy armour, the first NOM capable of this, meaning a switch in tactics will be needed when facing someone wielding one.

Players will also soon find three new power-ups scattered throughout Butter Island that provide various, short-term effects. For instance, the Aloe Mist can be used to heal yourself and your squad when you're down. Elsewhere, the Shocko-latte will slow your opponents down significantly, allowing you to get in multiple shots. Finally, the Gravy Dip will turn your current NOM into a more powerful Golden variant.

The latest update will also introduce tougher quests for players to complete that will offer better rewards for meeting the objectives. It will also mark the start of Popsicle Season which means an array of new skins, flags and trails to unlock. You can check out the embedded video above for a glimpse of what to expect when the update drops in early August.

Butter Royale is available now over on Apple Arcade, a subscription service that costs $4.99 per month. For more information on other games that are available in its extensive library, check out our dedicated hub page.