The sequel to a cult classic

Beyond a Steel Sky, Revolution Software's long-awaited sci-fi adventure game, is set to launch tomorrow on Apple Arcade. This sequel to the cult classic Beneath a Steel Sky sees Charles Cecil, creator of the Broken Sword series, reteam with Watchmen comic book artist Dave Gibbons to bring their legendary Union City back to life.

You'll once again assume the role of Robert Foster, though this time the action plays out in full 3D as you explore the city's nooks and crannies while contending with its many eccentric inhabitants.

In our interview with Charles Cecil from October of last year, he shed light on the team's approach to creating a sequel to an over 25-year-old game. Perhaps unsurprisingly, it sounds like Beyond will act as something of a soft reboot. Cecil said, "we're very keen to bring forward the spirit. But we assume, absolutely, that nobody would have played the [original] game, or would know anything about it, but can enjoy this. That's really, really important."

Since the events of Beneath a Steel Sky, Foster has been residing in The Gap, an area outside of Union City. He reckons it's time to move on to another town, though a fishing trip gone horribly awry soon drags him back into danger as he investigates the case of a missing boy. 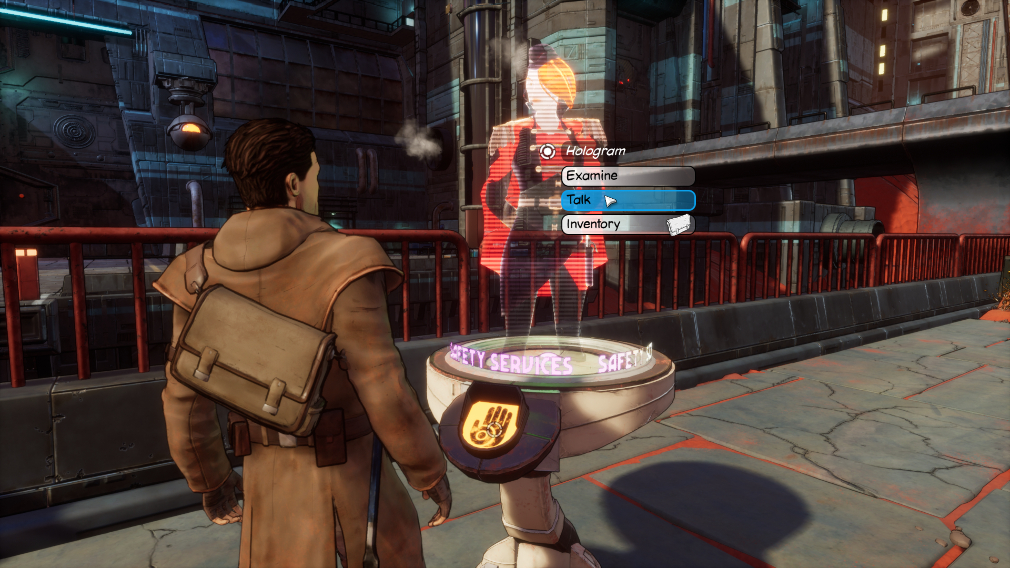 Union City is an outwardly utopian mega-city where everyone lives under the watchful eye of a seemingly benign AI. The game promises a dramatic and humorous cyberpunk adventure where the world and its people will respond to your actions in dynamic, interesting ways.

Beyond a Steel Sky is certainly one of Apple Arcade's most high-profile games, and I can't wait to get my hands on it when it launches this Friday.

Searching for some top-tier point-and-click adventures? Here are 26 of the best for iOS & Android

Want more? Check out our growing collection of Beyond a Steel Sky news stories!