Developer Robot Pumpkin Games' The Innsmouth Case is a Lovecraftian adventure game that's now lurked its way onto iOS and Android devices. It's decidedly sillier than the majority of recent Lovecraft adaptations, bringing the village of Innsmouth into the 21st century and delivering a delightfully strange cast of oddballs.

You'll play as a detective hired to uncover the truth behind the disappearance of a local girl, and it certainly sounds like you'll have your work cut out for you, with sinister forces and nameless horrors hiding in the shadows while quietly conspiring against you.

It's definitely more tongue-in-cheek than, say, Call of Cthulhu or The Sinking City. Publisher Assemble Entertainment's CEO, Stefan Marcinek, describes its sense of humour as "offbeat", which sounds about right.

The story will unfold based on your decisions made throughout, and there over 20 endings in total to see. I would imagine that many of these will be different types of failure state, but you never know. 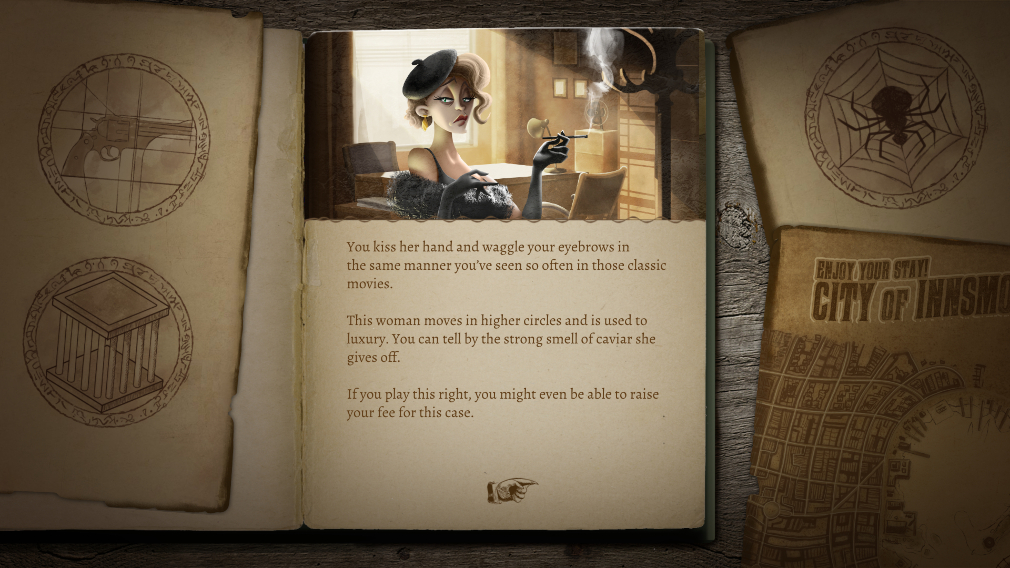 Along the way, you'll meet around 20 characters, with several of them being highlighted in the launch trailer above. All told, it seems like it could be a pretty good time, and it's worth pointing out that Assemble also published Leisure Suit Larry – Wet Dreams Don't Dry, which was fairly well received.

The Innsmouth case is now available for purchase from both the App Store and Google Play as a premium title priced at $4.99. PC players can instead grab the game from Steam.

Hunting for some high-quality adventure games? Here are 26 of the very best for iOS & Android

Dark Days: Zombie Survival tips to help you in the apocalypse