A neat play on an established formula

Zynga has today released an all-new game based on the hugely popular Words With Friends series. It's called Word Pop, and what really makes it stand out is that it's been designed exclusively for Amazon Alexa devices.

It's said to be an entirely new take on the Words With Friends formula, delivering a voice-controlled experience for both long-time and new fans to enjoy. Alexa will challenge you to create as many words as you can from a six-letter bank within a strict time limit. Any words you can think of will of course have to be said or spelt aloud.

Points will be awarded based on the length of the words found, and all you need to do to hop into a round is say, "Alexa, open Word Pop" on any Alexa device, including the Amazon Echo, Echo Show, or Echo Dot.

"I'm thrilled that by adding Word Pop to the Words With Friends family, players will be able to test and improve their word skills, making them even better Words With Friends players," said Bernard Kim, President of Publishing at Zynga.

"The beauty of Words With Friends is that even after ten years, we're still discovering new ways for the franchise to bring joy to players around the world. We're dedicated to experimenting with services such as Alexa and game modes like Word Pop, which gives players a familiar, yet novel experience." 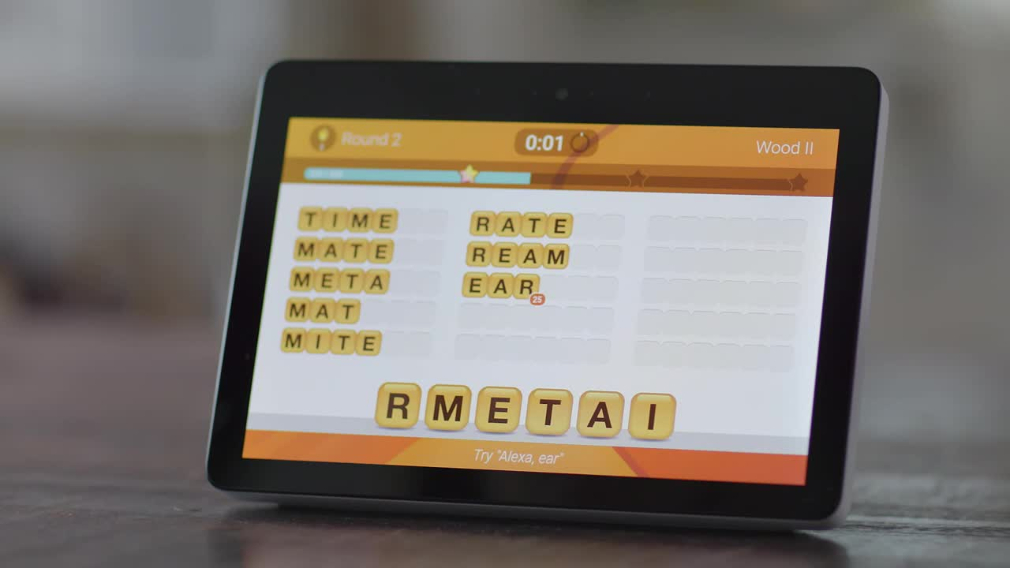 Voice-controlled games can definitely be a fun novelty, and Word Pop's simplicity sounds like a good match for the platform.

If you'd like to try Words With Friends 2, you'll find it available for download now from over on the App Store and Google Play as a free-to-play title.

In need of some high-quality puzzlers? Well, you're in luck! Here are 25 of the very best for iPhone & iPad
SEE COMMENTS

World of Tanks Blitz celebrates its sixth anniversary with a graphical upgrade, new tanks and more