Need a portable Nintendo Switch dock? Here's how to make your own, and how difficult it is

I want to visit people's houses and still dock my Switch, is that so bad? Countless times I've visited a friend, or my girlfriend, brought my Switch, but we're stuck playing great games huddled around a tiny screen. Yeah, I can throw the dock in a backpack, but I get flights pretty often, and having another electronic device to take through airport security just causes hassle, doubly so when you're limited on space.

So, I want a smaller dock. Well, that's fine, and luckily there are a fair few third-party portable solutions available online. But if you've kept up with Switch controversies over the years, you'll know that some third-party docks have incorrect power delivery, and that's an issue which can result in literally bricking your console permanently.

But there is a glimmer of hope. If you've seen a Nintendo Switch Dock teardown video or a gallery of what's inside, you'll know there's not a lot to it. A small circuit board, and a ribbon cable which connects to the USB-C connector to plug into the Switch. That's it. The dock is oversized so it sits firmly while cables are plugged into it, and I suppose so the screen is somewhat protected while placed down.

So to get around the fact that the dock is so large and third-party docks are dangerous, I decided to place the innards of my Nintendo Switch Dock inside a much smaller, more portable shell. This article will partially be instructional, but will also give you my impressions of how difficult it is for a total amateur to do. 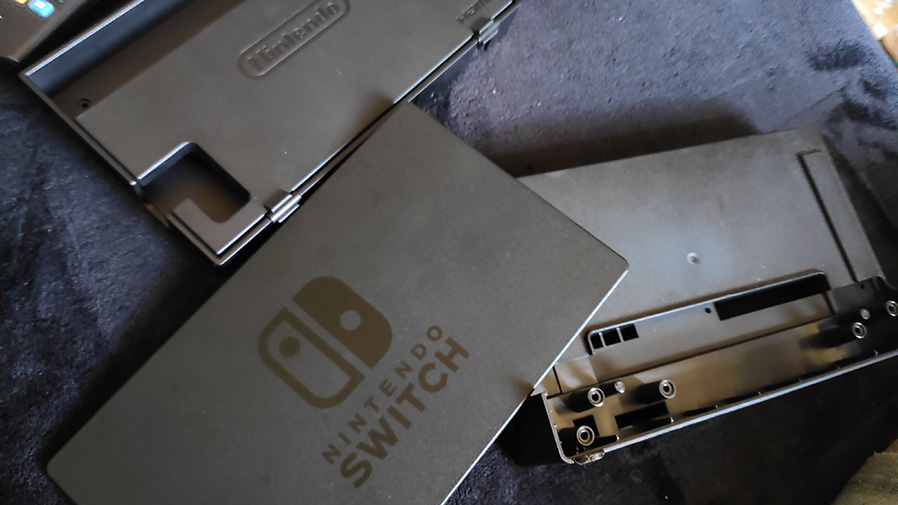 I bought a cheap Chinese-made dock shell from Amazon for this, and I already had a second official Nintendo Switch dock that I had bought on eBay some time ago. If you feel like you're unsure of how likely you are to successfully transplant the circuit board from the dock, please make sure you have a replacement.

Just so you have everything you need, here's the (somewhat incomplete) official video I was linked to with the kit I bought from Amazon. It's a bit... amateurish.

I started by just unscrewing all visible screws on the back of the dock, and eventually, this will pop off the plastic shell covering the tiny circuit board. It really is as simple as that - that is pretty much the whole dock. Take the screws out of the circuit board, and make sure not to scratch it. You can also detach the small LED light cable by pulling it out.

Once the screws are out, use a plastic lever or your nail to lift off the lever holding down the ribbon cable to the board. Most tutorials online skip over this part, so I'll reiterate: do not yank or pull the cable without making sure it has been released, this cable can be replaced, but you do not want to buy another one if you can avoid it. Once the ribbon cable is out, you can just unclip two small clips on the left holding the board to the dock.

There is also that little green LED light from before. You can reattach it to the PCB if you wish, and pack it into your new mini-dock, though you likely won't be able to see the light through the opaque shell unless you drill a hole. 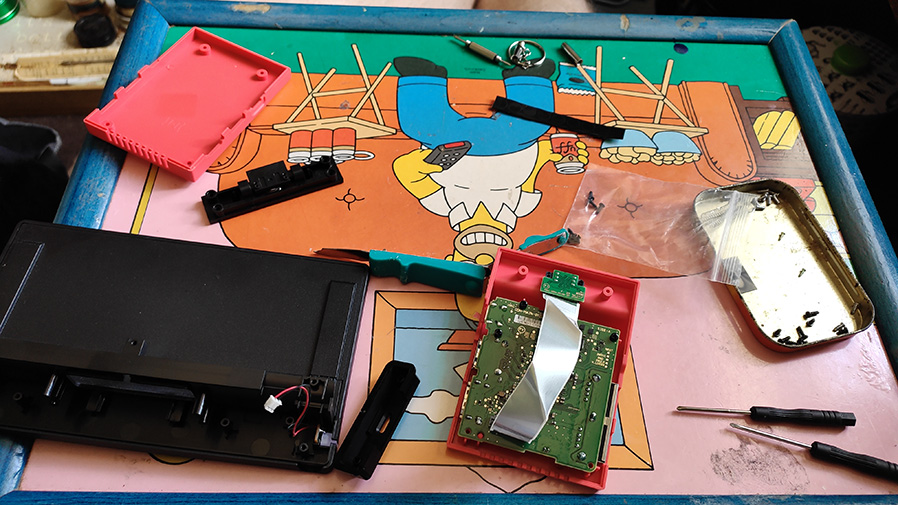 Right, now it's time to throw it all into our replacement. Place the shell with the top side down so you can place the circuit board inside, and make sure to match the IO is matched against the cut holes, so the HDMI and USB ports are available. Screw in the top three screws in the holes on the PCB, and put the USB-C connector through the hole in the shell so it pops out the other side and can be connected to the Switch. Screw that in too.

Make sure to connect the ribbon cable again to the PCB and clip down the lever afterward. Once this is done, well, you're practically finished. Slap the other side of the dock shell on, and screw in the four holes on the back, which you can then cover up with tiny rubber feet that are provided.

It really is that simple. Plug it all in and double-check it posts to the TV. If it doesn't, then you may have damaged your PCB or ribbon cable. I did say to be careful, didn't I? If it fails then open it up and make sure everything is attached. If your Switch does not charge while attached and plugged in, it is likely the ribbon cable, which can be replaced on eBay.

Right! Congratulations! That's all you need to do to build yourself a more portable Switch dock! So, what is the experience like? 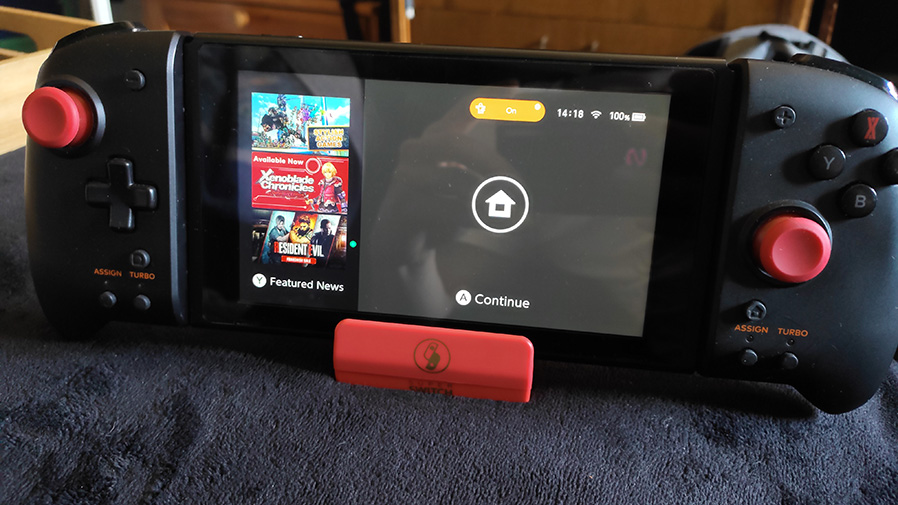 Well, in all honesty, everything was pretty simple and straightforward. There aren't really any teardowns online, or even in the video linked to by the dock shell manufacturer, which go into detail about where to find all the screws in the dock, though I got there eventually. The bigger issue was safely detaching the ribbon cable, which I only found how to detach following a post by a redditor furious that tutorials were skipping this step.

Despite that small issue though, the process of transferring your Nintendo Switch dock into a smaller shell is no more risky or difficult than cracking open your DualShock 4 controller to clean the buttons - another thing I've done, which I would perhaps even say is more awkward to put together the same way.

But, while tearing down and transplanting the dock isn't too hard, if you wanted to put everything back into your original dock, you would find it a bit more difficult, thanks to some awkward screws and springs.

But the dock works exactly as intended - it is, for all intents and purposes, an official Nintendo Switch dock, but in a far more portable form factor. This DIY project is pretty simple for beginners, and the kits on Amazon even include all screws and screwdrivers you need for the project. A nice bonus, especially if you don't own a tri-wing screwdriver.

So, would I recommend it? Well, if you regularly find yourself taking your Switch places and wishing you could dock it, absolutely. It's not much bigger than a deck of cards and works perfectly. A nice low-effort and a low-skill DIY project which is functional and useful.