Echoes of Aeons, the retro-modern RPG epic, launches for iOS next week after 8 years in development

To say Echoes of Aeons has been a long time coming would be quite the understatement. 8 years of development is almost unheard of when it comes to mobile games, though given the attention to detail and scale of Alchimia Studios' retro-modern RPG epic, it's hardly surprising that it took this long.

Set in the land of Terra, it tells the tale of Rinelesca "Rin" Stellaris and Eldric Estellion. Rin is heir to the throne of Lusec, a nation caught in the midst of a great war, who heads out on a grand adventure alongside her newly-acquainted pal, Eldric. Eldric has plenty of his own problems to deal with, including the mystery of his parentage, so they're really a match made in heaven.

You can expect a 20+ hour story campaign full of hand-painted environments, hidden items to uncover, mini-games to try out, and a world map to explore.

Combat isn't perhaps what you'd expect from what outwardly appears to be an old-school RPG, instead offering a fast-paced battle system that plays out in real-time. You can quickly switch between characters to suit your current predicament, with Rin offering long-ranged attacks and Eldric being more of a close-quarters soldier.

Both characters boast their own special abilities, including devastating AoE magic attacks and quick-fire melee strikes. Interestingly, there's also a combo system that allows you to utilise the "Aeonic Arts" and summon magical swords or arrows on the fly. 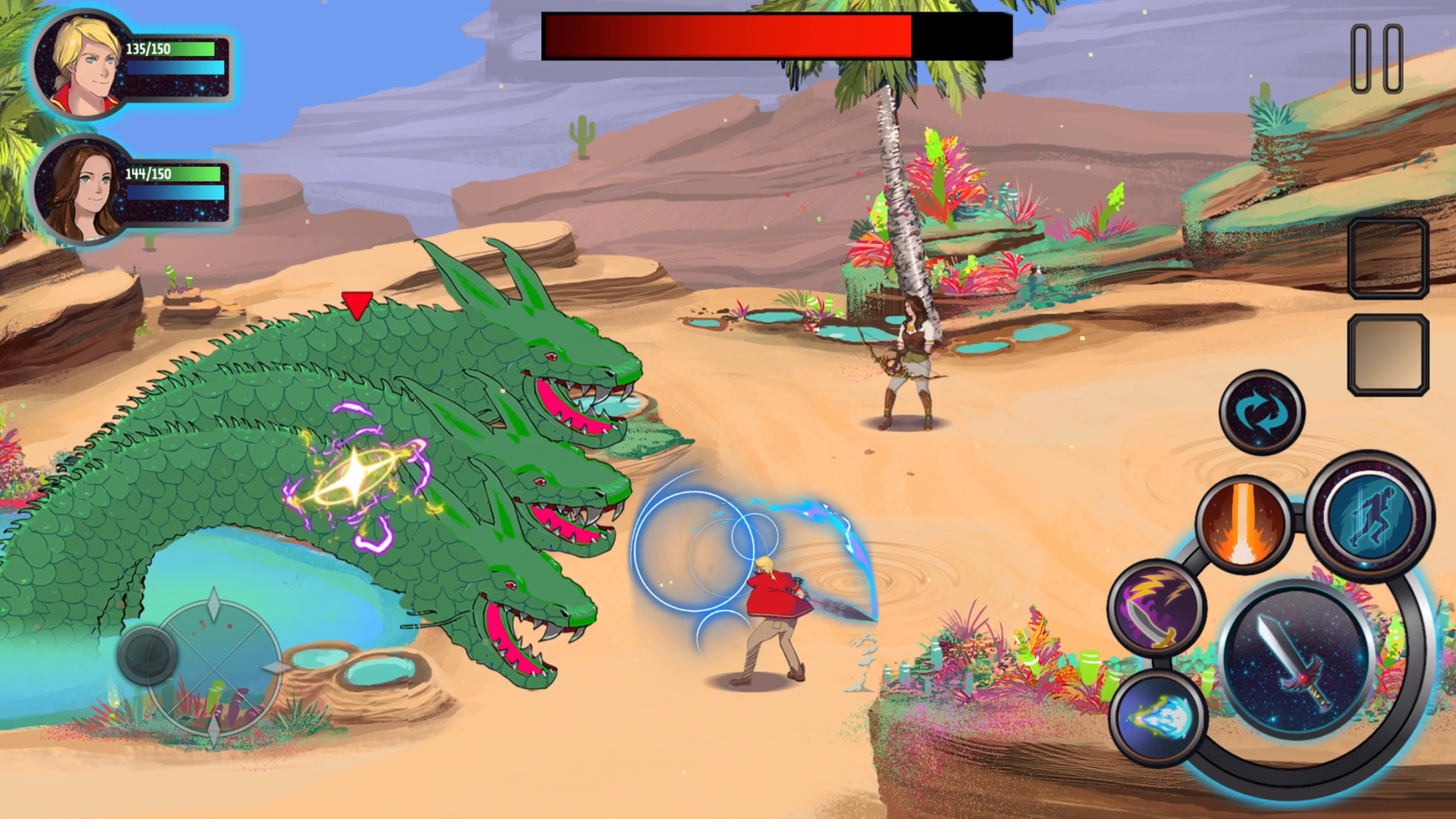 Rin and Eldric have their own upgrade trees where you can, for example, boost their stats and store discounts, unlock helpful passive abilities, and more.

It goes without saying that its hand-drawn art style is quite lovely, though its 50+ track score is just as important when it comes to selling the world of Terra as an immersive, inviting video game locale.

Echoes of Aeons is set to launch for iOS next Thursday, April 30th. You'll find more info over on the developer's official site.

Searching for the best RPGs around? Here are some of our favourites for iPhone and iPad