Hyperspace Deliver Service is a game that been described by developer Zotnip as being Oregon Trail in space but with deeper mechanics. The game initially launched for PC last year and made its way to Nintendo Switch last month. Now it has been announced that the strategy game will be heading for iOS and Android on 23rd April.

The game starts with your delivery team being hired to transport a package to the planet Miridian IV. It's an assignment that could prove incredibly lucrative but will be fraught with danger as you'll encounter plenty of crazy robots on your journey alongside dealing with the unpredictability deep space can throw at you. 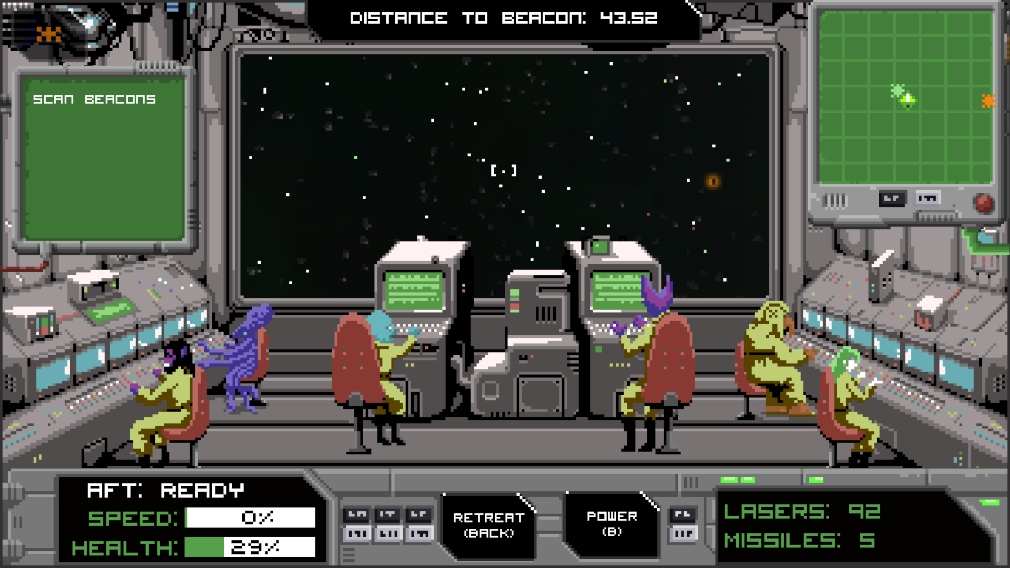 There are an array of resources you'll have to manage along the way to ensure your ship and crew are equipped to tackle the arduous journey. You'll need to keep an eye on your oxygen levels, food stocks and fuel among other things to ensure you reach Miridian IV on time.

Throughout your adventure, you'll meet a host of different aliens some you can trade with and others you can help if they are in need of it. Not everyone is going to be friendly though and sometimes you'll have to be prepared to fight for your lives.

This could be ship versus ship combat where you'll view the battle from your control room by firing lasers at your enemies and trying to dodge their shots yourself. Alternatively, sometimes you might have to wield a gun yourself to deal with robot pirates that litter some planets. These sections will play out in a retro-styled FPS fashion.

Hyperspace Delivery Service is available to pre-order now over the App Store and Google Play ahead of its release on 23rd April. It will be a premium title that will cost $3.99. Alternatively, you can also pick the game up on the Switch eShop for $10.