Don't get too excited just yet

Valorant, Riot's upcoming multiplayer shooter, has largely dominated Twitch since launching into closed beta earlier this month. It looks like a mix between Counter-Strike and Overwatch, offering the intense gunplay of the former and the hero-based abilities of the latter.

While Riot has recently jumped headfirst into the world of mobile gaming with League of Legends: Wild Rift and Teamfight Tactics, a mobile version of Valorant was far from guaranteed. 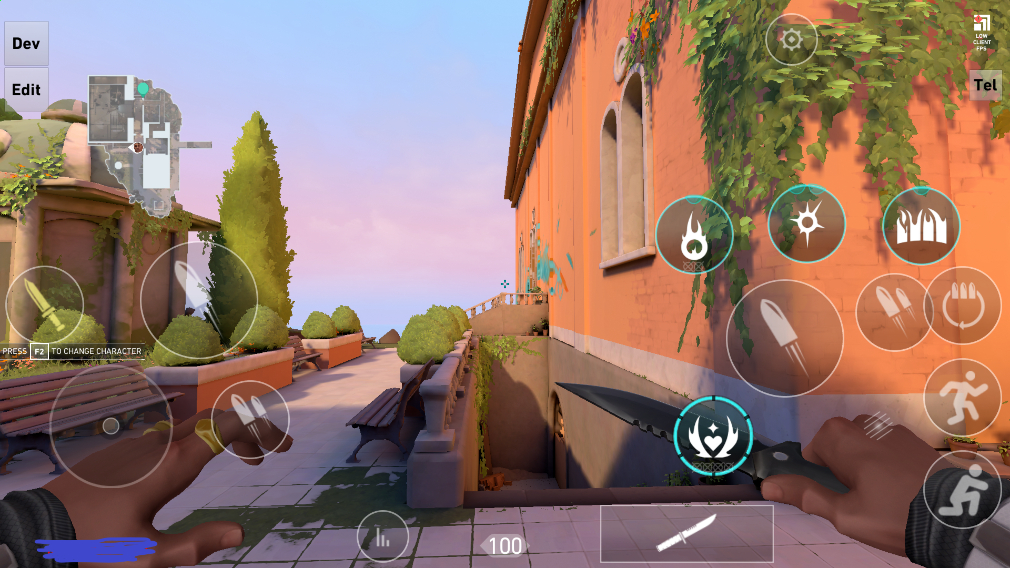 Now, however, Reddit user Spacixr has seemingly uncovered a playable touchscreen tablet mode for the PC version that suggests a mobile port may well be in the works.

The discovery was made when the user attempted to play Valorant on their laptop in tablet mode. Once loaded up, the game displayed tablet controls. They then hopped into a practice match to see whether the tablet controls worked, and they did.

Reddit user twoelephantszies commented on Spacixr's post to point out that Twitter user FireMonkey_ had previously uncovered icons for a potential mobile version within the game files. These icons are clearly similar to what we see in the screenshot above.

Icons relating to the game having Mobile support are in the game files, this doesn't confirm Valorant will be playable on Mobile but does confirm they have icons for it if they ever want to go that route. pic.twitter.com/2JZEYEgI1N — ???? Santa Ricky ???? (@FireMonkey__) April 4, 2020

All that being said, even if a mobile version is in the works, it's highly unlikely that we'll be seeing it any time soon. And remember that nothing has been fully confirmed as of yet. It could be the case that Riot is simply playing with the idea of a mobile version rather than actively working on it.

If you fancy getting involved with the PC beta, you'll find more info over on the game's official site.

Hunting for the best multiplayer games to try with friends? Here are some of our favourites for iPhone and iPad
SEE COMMENTS

Golden Tee Mobile: Hints & tips to give you the upper hand on the golf course