Warface: Global Operations is now available globally for both iOS and Android devices. The latest shooter published by MY.GAMES is a mobile spin-off of their popular Warface series that boasts over 80 million players across PC, Xbox One and PS4.

Warface: Global Operations is inspired by the original Warface game but has been purpose-built for playing on mobile. It promises to deliver spectacular visuals that will apparently run at 60fps, which is great news if that ends up being the reality for most people.

They've also spent a significant amount of time ensuring that the control scheme is perfect. This is naturally the most crucial part of making a first-person shooter for mobile. Call of Duty: Mobile and games of that calibre have certainly set the standard for controls on phones, so hopefully this can equal or better it.

The good news is that aspects of the control scheme and user interface will also be customisable so players will be able to adjust certain parts of the game to suit their needs. For instance, you can choose between automatic and manual firing, depending on what is more appropriate for your playstyle or even skill level. 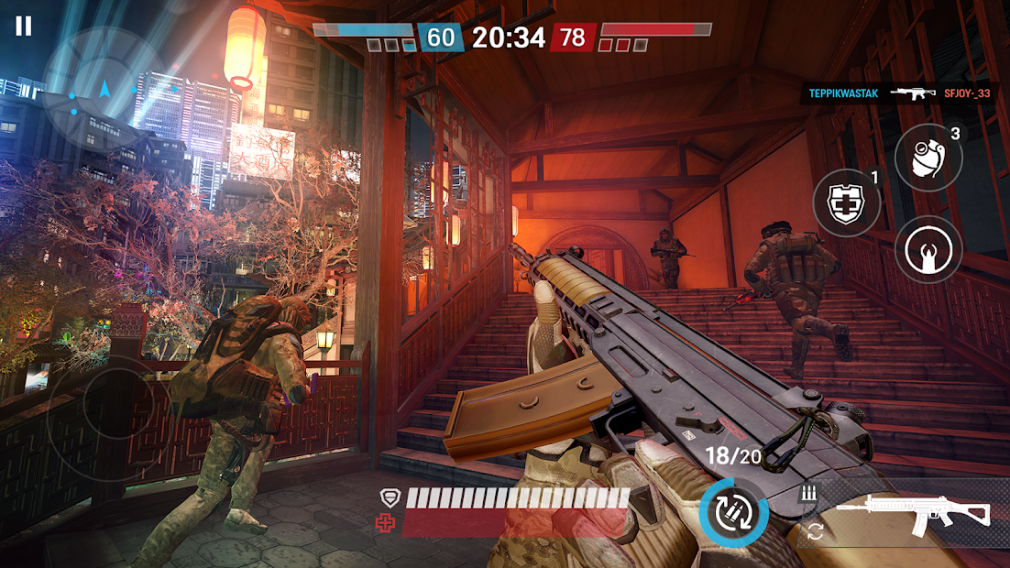 On launch, there will be two game modes to choose from – Team Deathmatch and Control – though more are expected to be added in future as free updates. The former sees two teams of four face off against one another whilst Control is a domination style setup where teams will have to capture and defend various zones.

There will be a large arsenal of weapons to choose from with over 80 different guns of various types available. This includes the usual suspects like assault rifles, machine guns, shotguns, SMGs and sniper rifles. Beyond that, there are over 40 gear options so that players can tailor their character's appearance to their own liking.

Warface: Global Operations is available now on the App Store and Google Play. It's a free-to-play game with in-app purchases.