Down to Hell, the heavy metal slasher, erupts onto Nintendo Switch later this month

Take on the hordes of hell on December 23rd

Red Dev's heavy metal slasher, Down to Hell, is set to creep its way onto Nintendo Switch on December 23rd. It's a brutal, bloody hack 'n' slash adventure game which sees you playing as a lone swordsman tasked with facing down the hordes of hell.

Gameplay looks to be a mix of Castlevania and something like Salt and Sanctuary. Enemies hit hard, so it's imperative that you learn to time your strikes and dodge out of harm's way as much as possible.

You'll learn new spells and special moves as you continue along on your nightmarish quest, and most attacks can be repelled once you've got the timing down. There are currently two chapters to work your way through, with around 3 hours of story content in total. Short and sweet, hopefully.

Some of the toughest enemies you'll face along the way include Crimson, the demonic bug, and Solitude, the devilish maiden. You can see a few of these grim characters in the trailer above.

Visually, it's really quite striking, boasting a properly nasty aesthetic. Its grisly atmosphere is enhanced by tunes from Polish heavy metal bands Decapitated and Koronal. 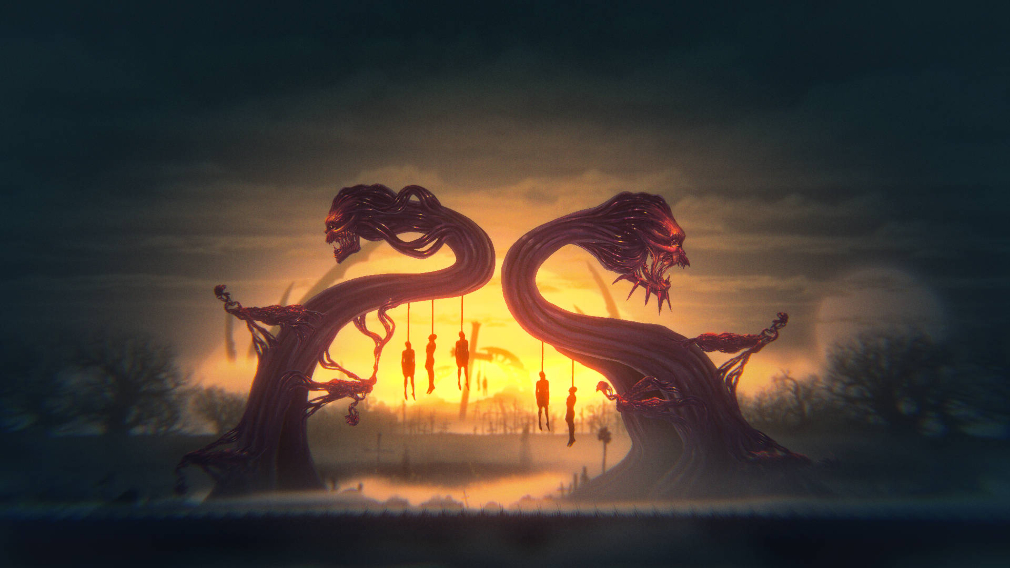 The game first launched on Steam back in August, where it achieved mixed reviews. From what I can see, complaints range from control woes to problems with audio balancing. It's important to note that many of the Steam user reviews come from when the game was still in early access.

The Switch version of Down to Hell is set to launch on December 23rd on the Nintendo eShop.