Learn to say "no" to awful bosses and colleagues

Everyone's had at least one stinker of a boss in their time on this hellscape planet. It's a sore issue for many, and I'm sure we can agree that it's hard to drop the long-term bitterness we feel from being belittled by a supervisor on a power trip, inundated with endless requests from work, or irritated by an awful co-worker.

Now, however, we can finally get all of that out of our systems thanks to a collaboration between Thunderful Publishing and Studio Fizbin. 'Say No! More' is an intriguing title which lets the player vent a bit and finally tell that annoying colleague/boss "no" in the most satisfying way possible. 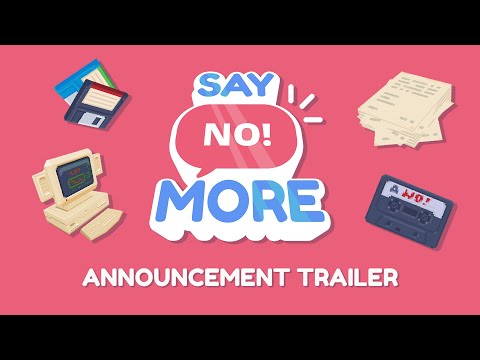 You'll defend yourself against mean colleagues and nasty bosses while gradually discovering the power of friendship, all through a simple one-button system. The story sees you starting out as an intern at a company run by bullies.

In this nightmare environment, everyone is fairly convinced that the value of a person is defined by their professional experience. And, after being persistently picked on by colleagues and a particularly awful supervisor, you'll discover a dusty self-help tape called Say No! More.

You'll gradually get helpful tips from the Coach, an expert in saying "no". Finding and unlocking new cassettes can boost the power of your attack. You'll also be able to customise your character's appearance with unlockable cosmetics.

Say No! More looks like a lot of silly fun. Be sure to keep an eye out for it when it launches next year for iOS and Nintendo Switch.

Want more? Check out our growing collection of Say No! More news stories!

The Game Awards nominees are annoyingly safe, but the Best Mobile Game category is a highlight