The mobile version of Sierra 7 is a complete overhaul of the Flash, on-rails shooter classic

Hunker down for a 12-hour campaign

Sierra 7 from SHD Games is a tactical, on-rails shooter with an eye-catching minimalist art style. It was a winner of the Big Indie Pitch at Pocket Gamer Connects Seattle back in May this year, but there's a chance you may know it from before then.

The game originally came out back in 2011 where it was released as a browser-based Flash game. Since its release it's been played over 40 million times so, unsurprisingly, the developers decided to overhaul this beloved title to bring it to iOS and Android, where it's available now.

In Sierra 7 you'll automatically move through various maps, stopping when it's time for a shootout. Here you'll decide when to shoot and take cover in intense fights that aim to blend arcade and realistic action. The ethos behind Sierra 7 was that by making the movement on-rails it suited mobile better by allowing players to really focus on shooting, aiming and taking cover.

There's also some customisation on offer so that you can attune your operator to your preferred play style. As you progress through the game you'll unlock 38 different guns, each with their different stats alongside various belts, vests and reticles that will provide your character with several bonuses. There should be something for even the pickiest gun lover. 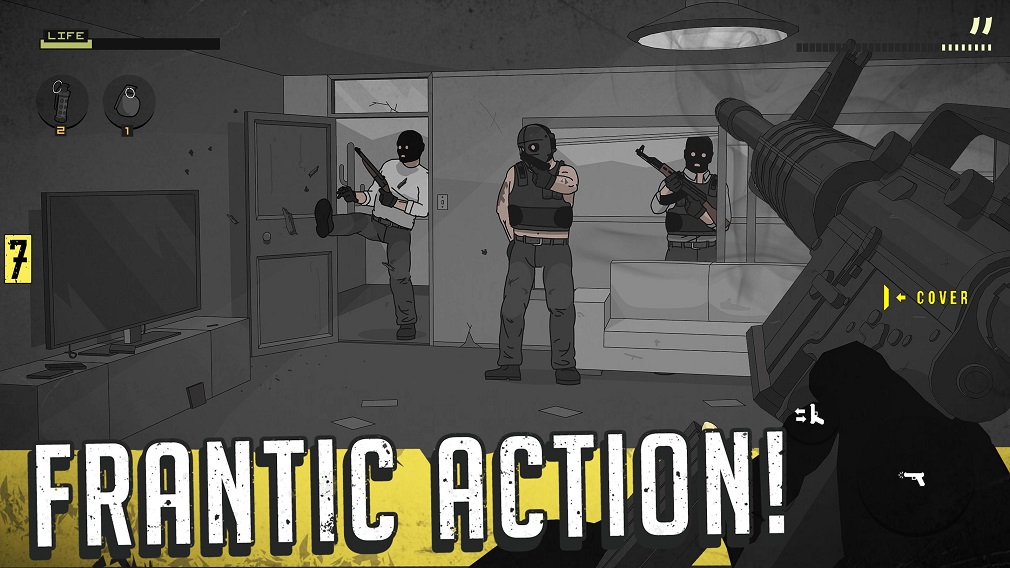 You'll find 13 different missions to shoot your way through, each taking you through various locales that range from tight, claustrophobic apartment buildings to more open areas like forests. Each time you play through a mission the enemies locations are randomised too so that you're always kept on your toes. The campaign also apparently lasts for 12+ hours; there are plenty of shootouts to get involved in.

Sierra 7 is available now through the App Store and Google Play. It's a free-to-play game with in-app purchases.