What I love and hate about Mini Motorways

I adore Mini Motorways. But it also enrages me, and not in the traditional "I'm invested in this game and therefore upset with failure" kind of way. It's a beautiful, relaxing game that I can spend hours with, but every time I pick it up now I become frustrated before the game can even come to a proper conclusion. It's a game I want to play more, but its quirks have put me off massively.

More than anything, I want a nice update for the game to come along, to keep me playing once more, and in the hope that the New Zealand-based developers are reading (hi Dinosaur Polo Club!) I've listed here a few things that I adore about the game and a few things that are preventing me from continuing to play. 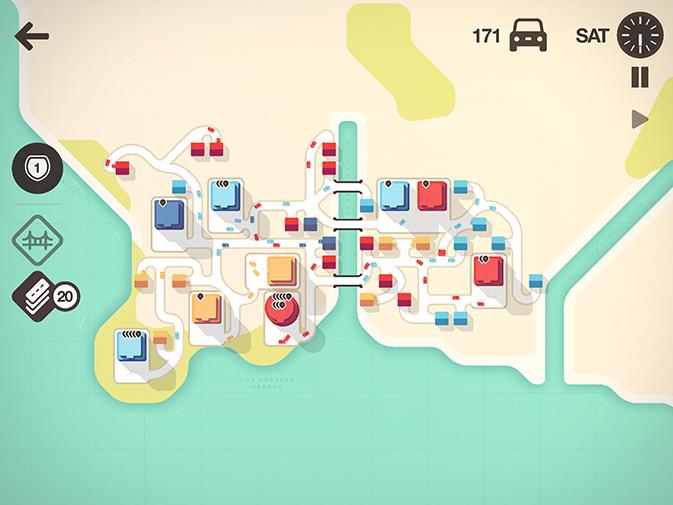 I adore the simple, slow-paced action of planning out your roadways. Whether you intend to make a US-style grid system or a more British landscape with twisting roadways that conform to the layout of buildings, it's all possible.

Implementing your motorways, bridges, connections, residential district, buildings, how they link together… Eventually, the pace picks up massively, and it turns into a game you can't turn away from for risk of failure, but throughout the entire experience it remains incredibly engaging.

When you have all of your roads in place and the traffic is humming along, it's almost serene. There's something incredibly satisfying about witnessing a complicated road system just working perfectly.

The fact that you build everything, every step of the way, is just wonderful, and really makes everything feel like you own it. Mini Motorways masters this sensation, and it's excellent. 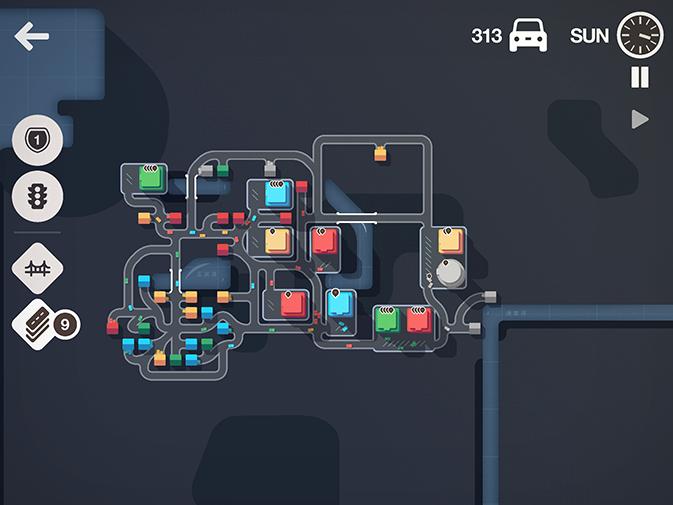 Have these developers ever seen UK roads?

Roads in the UK are a minor nightmare, and if you're around London at rush hour, you could be on the same road for over an hour, easy. It's utter chaos. And yet, it works, day-in, day-out. It wouldn't in Mini Motorways.

When it comes to tightly packed roads, Mini Motorways simply rejects them and is uncompromising in that, even when vehicles are speeding along a road after getting out of a jam, it can still count as a fail.

I live in a small town, and just today I saw a couple of dozen cars stuck on a one-way ring road because there was a lorry loading into the back of a supermarket at the end of this ring road. Not only that, but there is a police station on that road. Should there have been an emergency, those cars would be going nowhere. Impractical? Absolutely. Does it work? Somehow. But it wouldn't fly in Mini Motorways. No, I don't want to make chaotic roads, but a bit more leeway would be nice.

The game is obtuse at times. For example, we could certainly use a tutorial to explain the proper use of traffic lights and the like - because as of right now, they're acting as more of a detriment to me than anything else.

But another thing that makes the game obtuse is the random nature of building placement. Once you've played the game several times over, you quickly learn what a bad initial placement is - and it can only get worse from there.

What I would prefer is a mode where the game pauses and forces you to place buildings. The devs can limit the size of the starting area, and then slowly funnel in buildings, pausing the speed of the game until the player places them all down.

The chaos can still set in eventually, make buildings immovable once placed, and things will inevitably pick up, but with the player at the helm. Adding this as an optional mode would be incredible.

But frankly, the way things are, I won't be returning to Mini Motorways until something changes.