SpongeBob: Krusty Cook-Off is a food serving game developed by the team behind Food Truck Chef

Heading to iOS and Android later this Winter

There's been no real shortage of mobile games if you're a fan of SpongeBob Squarepants. In fact, there have even been games that revolve around the yellow sponge's job in the Krusty Krab. But that doesn't mean there isn't room for one more apparently.

SpongeBob: Krusty Cook-Off will be the latest SpongeBob title to hit mobile devices when it arrives later this winter for iOS and Android. It's being created in collaboration between Nickelodeon, Tilting Point and Nukebox Studios.

It's not a bad collaboration on paper. Nukebox Studios and Tilting Point were responsible for a different food serving based game called Food Truck Chef. That game has had over 10 million downloads according to its Google Play page, which was no doubt a large factor in Nickelodeon's decision to partner with the pair.

The game itself will see you playing as the titular sponge serving various characters from the show. As you can see in the trailer above, Mermaid Man, Barnacle Boy and Patrick all make an appearance. You'll have to create the various orders that appear above the character's heads in speech bubbles and serve them before their personal timer runs out.

It doesn't appear that you'll just work at the Krusty Krab the entire time. Other locations you'll recognise from the show will also double up as restaurants where you'll have to serve different dishes from solely Krabby Patties. 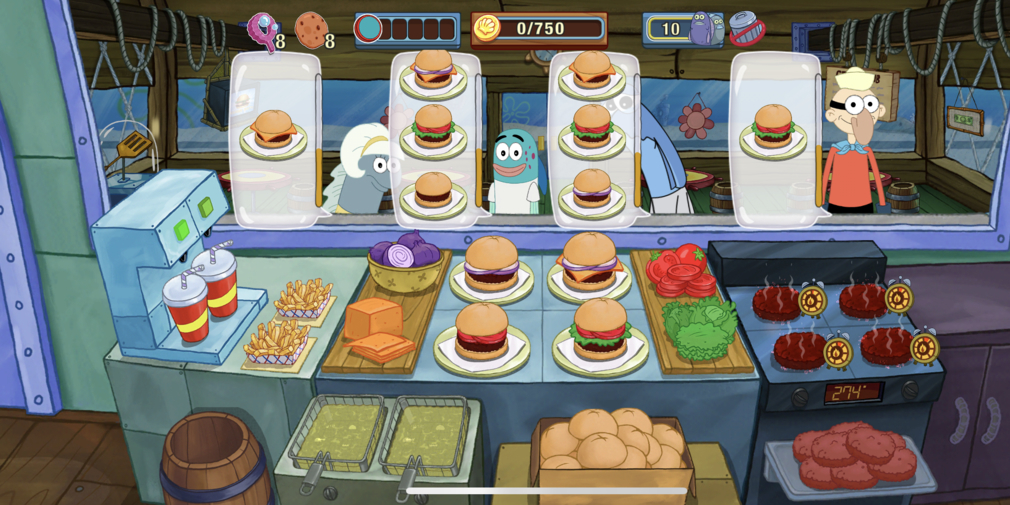 Outside of SpongeBob's pineapple abode, we see a pancake stand and it appears that Sandy Cheeks is throwing a barbecue in her treedome. If other locations are present then we can possibly expect to see Plankton's Chum Bucket also make an appearance, though I doubt you'd do any serving there based on its distinct lack of customers.

SpongeBob: Krusty Cook-Off will be available on both the App Store and Google Play sometime this Winter. No specific date has been given yet but we'll update you as soon as we know more.