By Ric Cowley
| Apr 29, 2019
Switch
|
Truberbrook
Get Truberbrook on...
Find out more about Truberbrook
Available on: iOS + Android + Switch

A lot has changed in the world of adventure games. For one thing, they tend to make a lot more sense nowadays - few games ask you to perform a sequence of nonsensical actions to obtain a key item in the current market.

Trüberbrook is quite firmly one of those games. And given that you're knocking about in a tiny German village with mysterious corporations and weird science nonsense going on all around you, it does actually fit the theme to be doing bizarre things for odd results.

But with little guidance on what to do, coupled with dodgy controls and some huge leaps of logic required for the most basic of puzzles, it fails to be anything more than a frustrating adventure that you'll regret taking.

Trüberbrook takes place in the titular village, where Hans Tannhauser arrives after winning a mysterious lottery prize granting him a stay in the village inn.

Naturally, everything goes to hell shortly after, and within minutes you'll be wrapped up in a fantastical adventure with ghosts, quantum physics, and shouty old men. 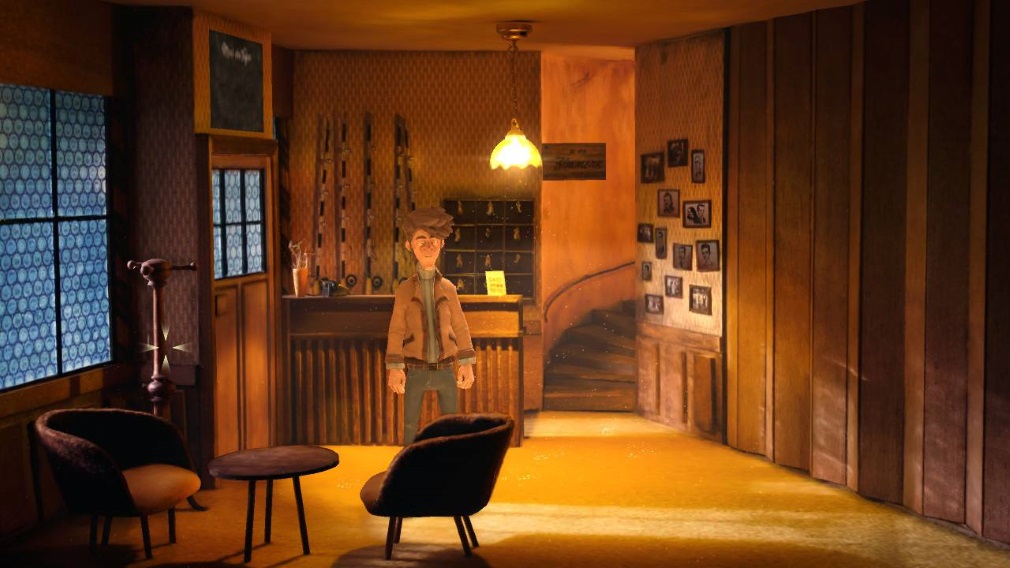 Let's not beat around the bush - Trüberbrook is absolutely bloody gorgeous. A true feat of technical art talent, its world has been constructed from real-life models built and digitally rendered just for you to potter about in.

Even in the Switch's often blurry handheld mode, it is a stunning game to behold, and you'll be craning your neck at every single detail to try and take in everything you possibly can.

Unfortunately, a lot of the joy ends there. Less than half an hour into your time, you'll be looking for the nearest wall to throw your console at out of frustration at the ridiculous puzzle design.

As previously mentioned, this is a game about doing stupid things to get stupid results. The problem is that at no point does anyone give any indication that you're doing something right.

So instead, you meander around, picking up everything that can be picked up, and attempting to use it on everything else.

This should be the last resort for adventure puzzles, but in Trüberbrook it's basically the only way to make any progress.

There's no random quips from the protagonist, no cryptic hints from villagers. Sometimes you'll get an easy-to-miss visual cue, but that's your lot. For the most part, you'll be trial-and-erroring your way through the experience, with almost no joy when you stumble across the solution.

The game loves to change its rules too. While most useable items have a specific "pick up" verb attached to them, some items don't reveal themselves until you "look" at them, a separate verb entirely which is used more for gleaning extra info or thoughts about an object.

There are some helpful design ideas included to make things a little easier. There's a hotspot button which shows you all the items you can interact with on the screen - though the hotspots themselves are nigh-on impossible to see in some scenarios. 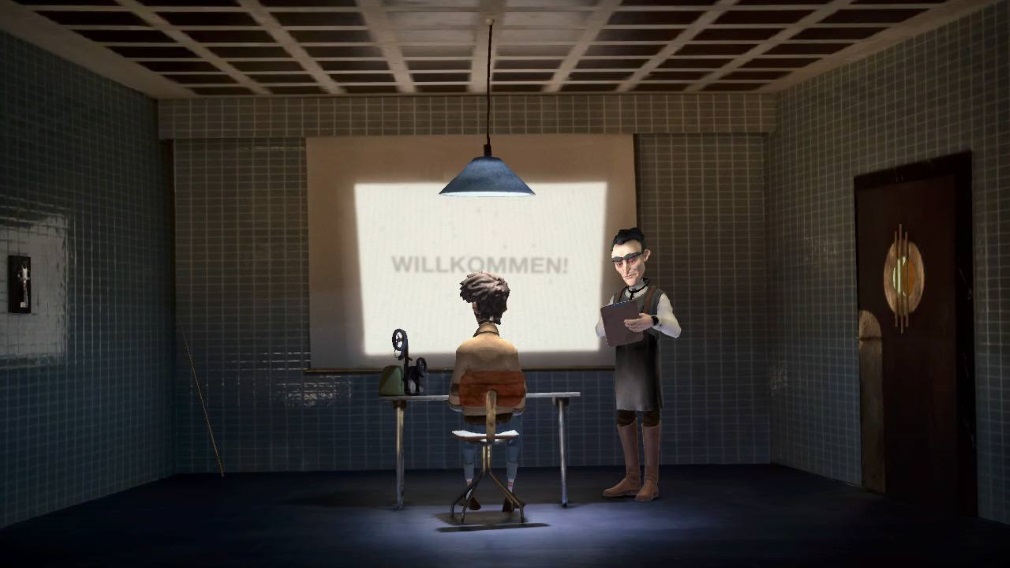 And you also don't need to combine objects to use them, they're simply presented as a group when required. That said, if you've yet to collect all the pieces of the required combination, you're usually not informed of this fact, and Hans just refuses to do anything.

Hans isn't the most mobile of characters either. He's always getting stuck on parts of the scenery, and there's so much backtracking to do between multiple screens that even the jovially-titled "speed-walk" button doesn't help much.

On top of all that, the story itself is a confusing mess which never explains itself particularly well, and even if it were, the dialogue is so flatly delivered in both English and German that you'll turn the sound off and stick to subtitles before too long.

Overall, Trüberbrook is a gorgeous game which never lives up to its potential. And I do mean gorgeous. Just look at screenshots and videos and you'll see exactly what I mean.

But it totally fails to capitalise on this, instead offering a mediocre adventure game experience that feels completely stuck in the past.

It's a shame, because you'll really want to like Trüberbrook. But with its confusing puzzle design, dodgy controls, and general lack of intrigue, it just doesn't make it easy.

Want more? Check out our growing collection of Truberbrook articles!