End of the Journey to the West

Announced and dropped during the recent Nintendo Indies Direct, Unruly Heroes is a four-player platformer inspired by the classic Chinese legend "Journey to the West". And it looks a bit like Rayman Legends.

Actually, it looks a lot like Rayman Legends. A large chunk of the team at Magic Design Studios previously worked at Ubisoft on games like Rayman. It's only natural that some of that energy would be brought over.

But… it doesn't quite work. It feels like there's something missing in Unruly Heroes, even though all its component parts are pretty competent. 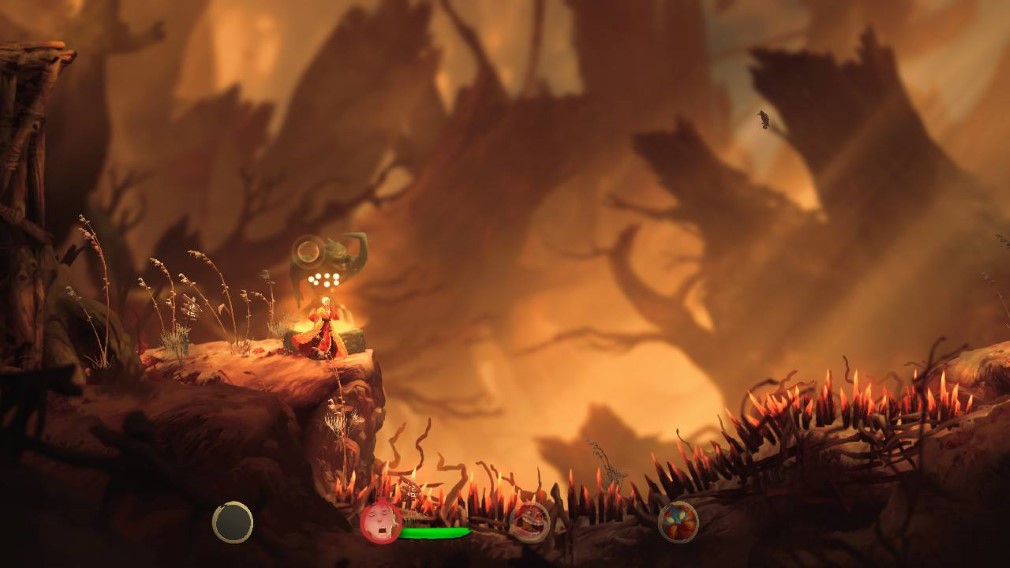 The platforming, for starters, is pretty solid. You run from left to right, jump over obstacles, fight enemies. You can switch between heroes on the fly, giving you access to double jumps or glides depending on who you're using.

There are also character-specific statues that can be used to progress further, and sometimes you'll need to push these into the right place to help you make some forward progress through the level.

And there's a deeper combat system than most platformers. You've got a basic combo, plus a ranged attack, and a special move which unleashes a ton of damage on enemies when used.

The various parts all work pretty well. They just don't seem to gel together at all.

The main issue is that combat adds too little to the experience, completely halting your progress as you go by throwing you into annoying arena battles, rather than feeling like a part of the overall flow of a level.

It hurts the pace of the overall game - you'll be happily running along doing some platforming, and just as you find your flow, you'll be chucked into a small battle which lasts just a tad too long. 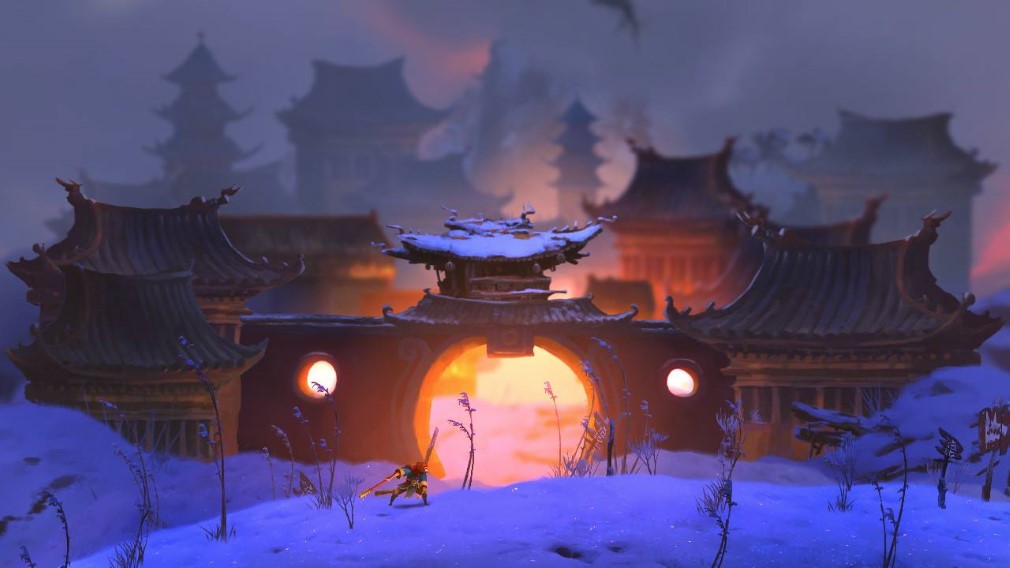 Your heroes are also prone to getting smashed to bits in no time, meaning you'll frequently be switching between them just to survive a single encounter. And when you start picking a favourite for fights, it's frustrating to lose them early on in a battle.

It all adds up to a pretty jumbled experience. On the one hand, it's a decent platformer, and on the other, it's an average beat-em-up-esque game. It's just a shame they didn't merge together well.

Because with all that said, Unruly Heroes does look bloody lovely. If there's one thing that the Magic Design team brought over from Rayman Legends that works well, it's that absolutely gorgeous 2D art.

But it seems to have lost something along the way. Rayman worked because it was simple to play, but stupidly hard to master. Unruly Heroes is just a bit frustrating to play, so you don't really want to master it.

I really should like Unruly Heroes. I feel in my bones that I should be enjoying it. But like that popcorn kernel that's been stuck in my teeth for the past few days, I just can't seem to get it.

How does New Star Manager handle the transfer to Switch?