Guacamelee! 2 review – "DrinkBox's latest is the finest platformer of the year"

Guacamelee! 2 is an endlessly inventive, turbo-charged sequel to DrinkBox's 2013 hit in which you assumed the role of Juan, a burly, world-hopping, demon-stomping luchador.

Since the events of that original game, Juan has settled down, put on a few stone in all the wrong places, and is seemingly content with living to support his loving family. Of course, otherworldly events transpire that require him to lose his glorious belly and head out on an adventure to save the entire Mexiverse from certain destruction. It's a wonderful, frequently funny intro that I'm surely not doing any justice to here.

The writing – now with a much sharper parodic edge than its predecessor – is generally terrific; this time poking fun at certain entitled gamers, the industry's obsession with character upgrades, and – frequently – itself. It's also praiseworthy that the rapid-fire jokes rarely come off as glib. In fact, there's an inviting sincerity to the humour that puts it at odds with many "funny" games.

Across the board, the experience is a significant step up from DrinkBox's original release. And where so many video game sequels might be criticised for their reliance on established formula, Guacamelee! 2 shows us the power of incremental improvements, repurposing ideas, and strengthening solid foundations. 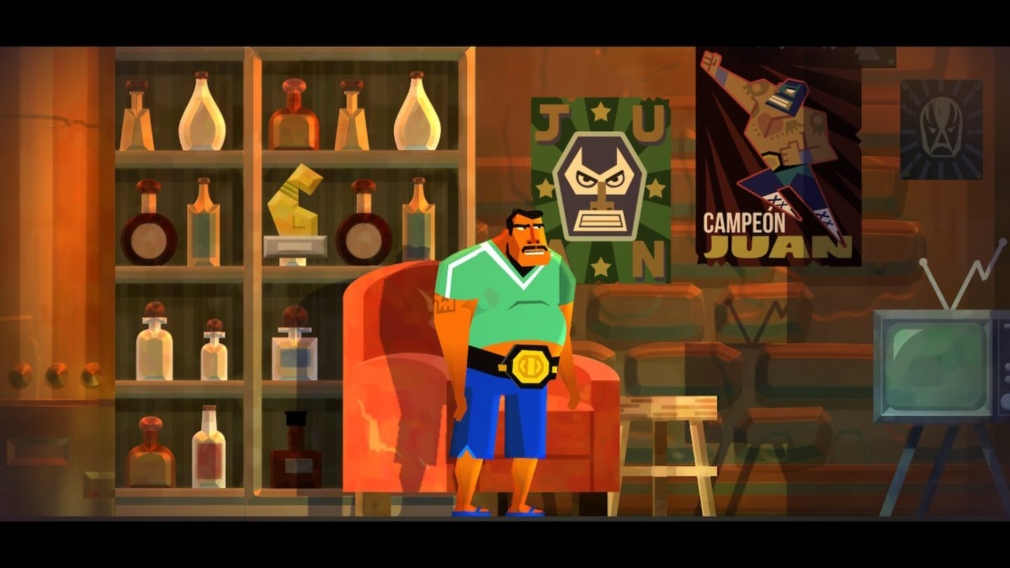 The breakneck pace of those first few hours is maintained expertly, and new mechanics are introduced long past the point where most platformers would have begun to stagnate. And that's a very good thing indeed as this is still a lengthy metroidvania – with all the exploration, backtracking, trial rooms, and skill unlocks that you might expect.

In a stroke of bizarre genius, Juan's chicken form has been fleshed out with its own moveset and traversal abilities that add a new layer of potential platforming and combat challenges. What could have just remained an easy joke has instead developed into an integral – and massively entertaining – facet of the gameplay experience.

Every new area presents a fresh set of ideas to keep you on your toes, and the difficulty curve– with nary an irritating spike nor lull in sight – manages to inspire and cultivate inventive playstyles, even into the game's final hours. Your twitch skills will certainly be tested, but so will your ability to tackle what amounts to small puzzles during combat.

The impressively deep wrestling system remains as invigorating as ever, with throws and grabs being easy to execute, always responsive attacks, and what is perhaps the clearest communication of invincibility frames one could hope for. 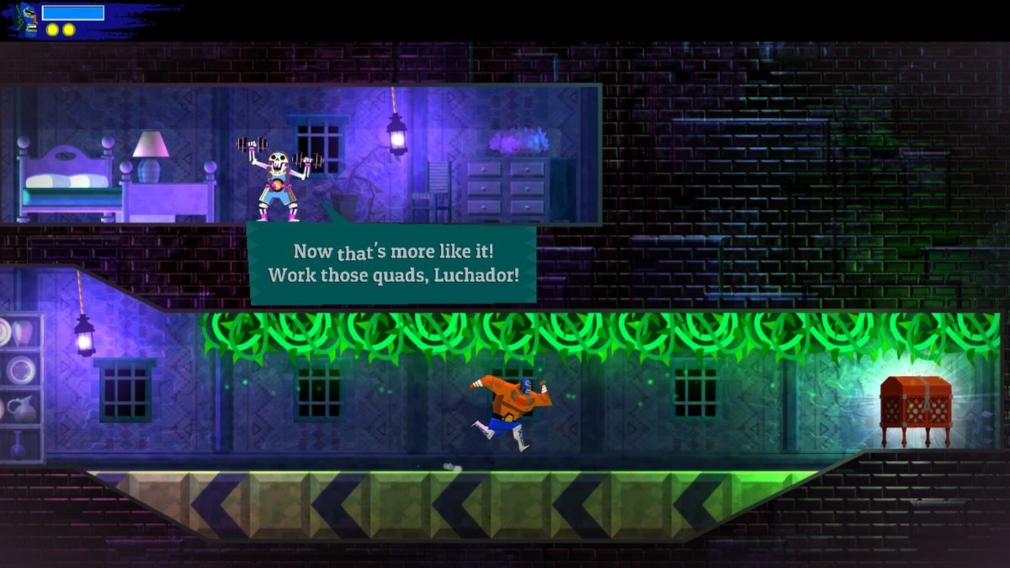 Unsurprisingly, Guacamelee! 2's visuals and music are intoxicating in their attention to detail, joyful mariachi tones, and goofball charm. The areas you explore this time around have a particular style and personality, and it all comes together to form a coherent, memorable audiovisual experience.


The Citizen Kane of Guacamelees

Thanks to its inclusion of more visually distinct areas, a plethora of fresh gameplay ideas, and an effective honing of its humour, DrinkBox's sequel stands head and shoulders above both its predecessor and most other platformers on the market. Few games, movies, novels – whatever – are as warm at heart as Guacamelee! 2, with its creators' apparent joy permeating through every joke, line of dialogue, and environmental design.

It's also rare that a game achieves this level of consistent quality, from the effective use of parody to the pacing of progression; the generous doling out of new ideas to the always intuitive controls, Guacamelee! 2 is nothing short of sublime.

Guacamelee! 2 is a tremendous achievement, and it serves to confirm that DrinkBox is operating on a level beyond its competition
By Cameron Bald
| Dec 21, 2018 |
Switch
Find out more about Guacamelee! 2
SEE COMMENTS

How to get an iPhone XS or iPhone XR for Christmas

Guacamelee! 2 makes its Switch debut in December at a generous discount