Sometimes after a hard day you want to kick back and watch Netflix with a cold drink and a warm blanket. Realistically, you should be playing Stardew Valley to chase those stresses away.

You might not ever think about running a farm and the idea of talking to a bunch of strangers per day might make you more anxious than excited. However, its successful mixture of repetition, adorable graphics, light music, and that 'just one more day' feel makes it the ideal game on the go.

Is it perfect? No. Of all of the versions available, its mobile version isn't the optimum choice, but it's still a damn good time regardless.

Stardew Valley is a farming simulation game where you take over your late grandpa's old farm. Sure, it's a bit shabby and in need of some serious TLC, but it doesn't take long before you can see the farm start to shine up.

You need to plant and harvest crops, spend time fishing, chat and give gifts to the villagers, work through the mines, and help Pelican Town return to its former glory, before the devious JojaMart came into the picture. Or, you can do the polar opposite and support JojaMart, it's up to you. 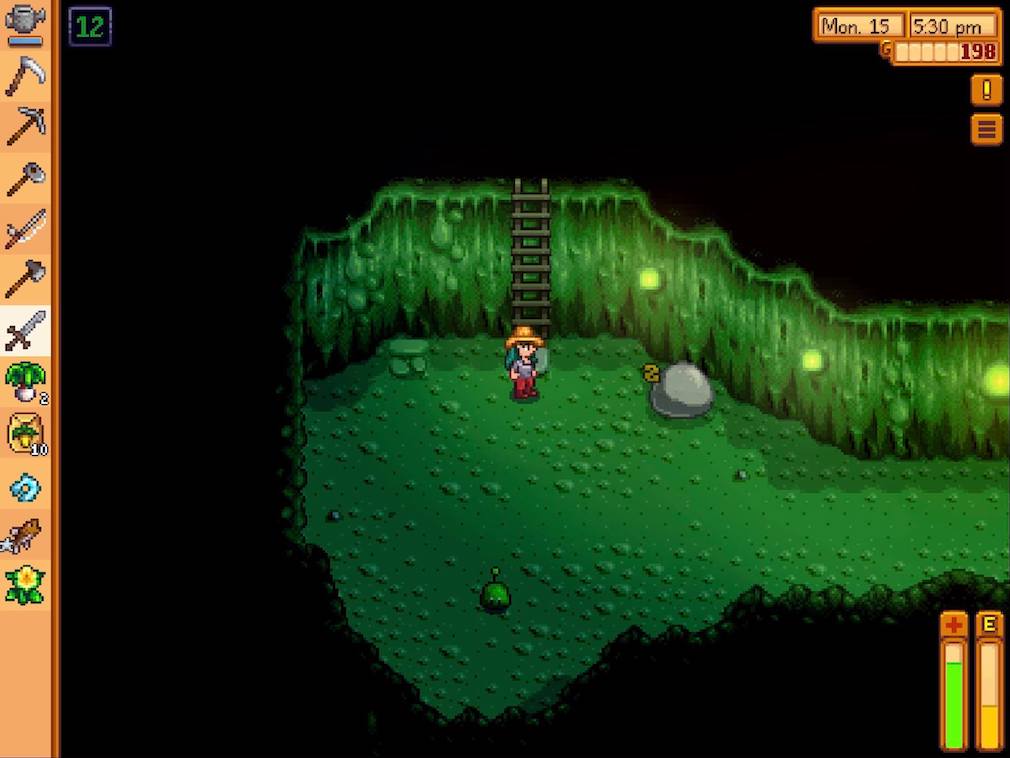 The game works through four seasons, each of which offers up different fish, crops, and wild items to harvest. You need to keep this all in mind if you want to help rebuild the community centre – Pelican Town's heart. You need a variety of items to put in different bundles, which reward you with items, key landmarks, and friendship points when completed.

By making friends with villagers, you open up new chunks of narrative and can also receive gifts via mail. You might even woo, date, marry, or start a family with one of the 12 available bachelors/bachelorettes. Yes, you can date all of them at once.

On mobile the UI's been reworked to suit touchscreen nicely, making it easy to access the menu, craft items, and keep an eye on your relationships and stats. You get around by tapping the area or by clicking and dragging where you want your character to go. The same goes for performing actions like harvesting berries, tilling the soil, cutting down trees, and mining rocks.

Most actions can be done with a tap and if you're not too fond of the new inventory bar on the left-hand side, you can just use its normal layout. The music is crisp and clean and the graphics are just as bright and beautiful as ever. Performance-wise the game runs like a dream on iPad Pro.


Let me axe you this

While it's brilliant to have the game up and running on iOS, and available offline too, there's one glaring issue with it compared to its recent Switch version: its combat controls.

You do have the option to handle combat manually or to use auto-attack, but neither offers up a flawless option. Since the line between tapping a creature to attack and tapping a space to move to is so thin, its manual controls are almost unusable.

Its auto controls do a better job, but quickly become frustrating the further you get into the mine. When faced with monsters in small numbers, your problem is the speed of killing them more than anything. With more vexing monsters, such as the Duggy, your character just stands in one place and swings their sword until it dies. This wouldn't be a problem if the monster wasn't slowly killing you from beneath. 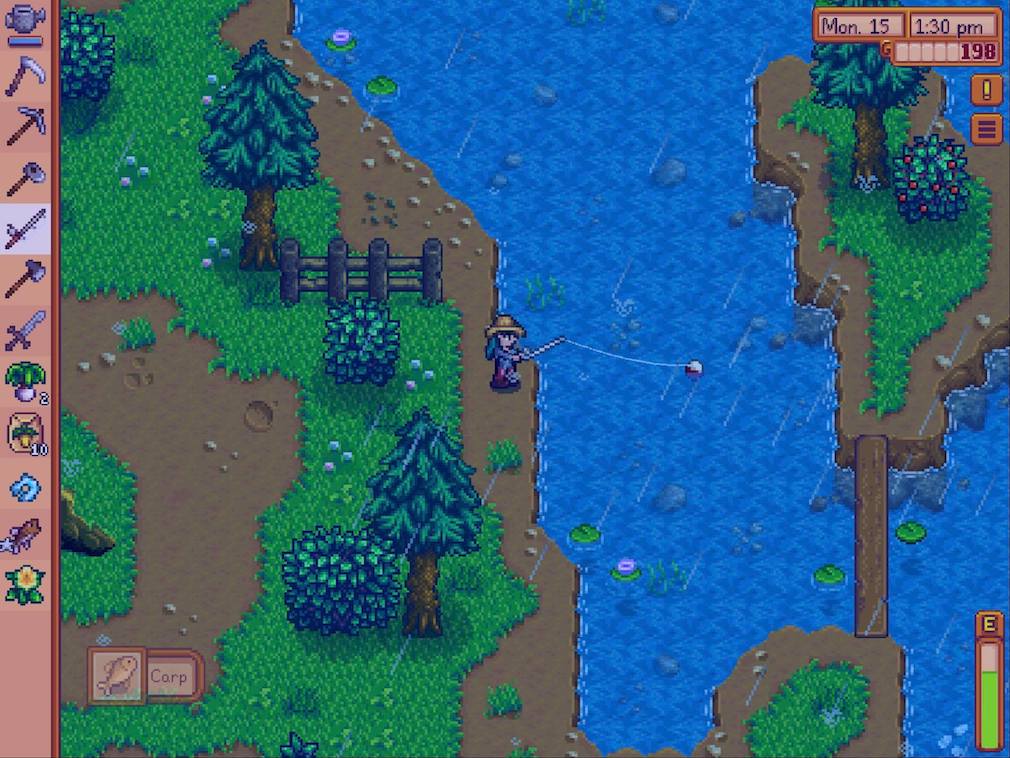 Sometimes you're rendered completely motionless while you're taking on an opponent: an issue you feel especially when you need to retreat a bit from a mob. I found the only time I could move again was by putting the sword away, exposing myself to more damage. Since the mines are a crucial part of advancing in the game it's rather concerning that the controls are so iffy in combat.

I'm also curious to see how the game looks on iPhone as it feels just right size-wise on iPad. A couple of bits of text were quite small, even on iPad's standards, so I'd hope that the size is converted appropriately when using smaller devices.

For those returning to Stardew Valley you might need to take a bit of time to get used to the controls. For newcomers, I've got no doubt that you're going to love what you find from the start. The main thing is that it feels comfortable on mobile overall. Despite its issues it still offers up the same charm, the same story, and the same fun experience.

Want more? Check out our 29 other Stardew Valley articles!

Stardew Valley is a fantastic experience as ever, but it's let down by its awkward combat controls
By Emily Sowden
| Oct 22, 2018 |
iOS
Find out more about Stardew Valley