Out now on Android with an iOS release coming soon

If you’re someone who enjoys dipping into mobile games but never have the time to get too immersed in them, JoyCity’s new fantasy-set RPG could be your dream come true. Released today for Android, Savior Saga: Idle RPG is an idle adventure that provides small chunks of gameplay, as you fight alongside budding heroine Yuina in her pursuit of Dragon Heart – perfect for busy gamers.

Don’t be fooled by Savior Saga’s bright and charming visuals, progressing through the game’s countless stages is serious business. You’ll need to build up the perfect band of heroes capable of defending Yuina from endless waves of monsters spilling out from the Devil’s Hall. There are up to nine upgradable heroes to collect, with four at a time deployable in the fight. 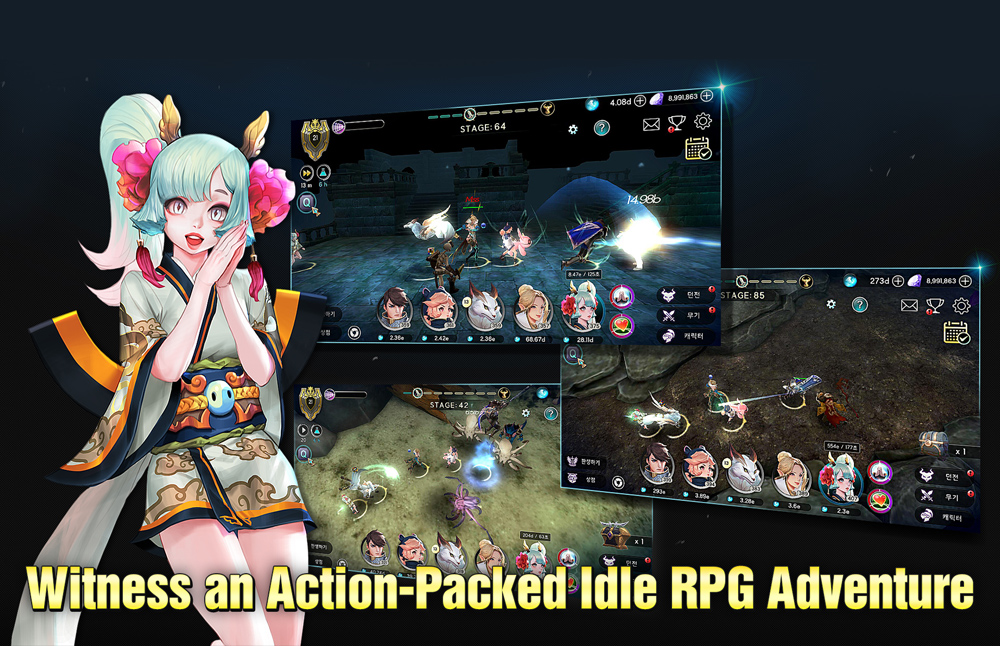 Savior Saga: Idle RPG taps into a core hook that dedicated collectors will love. This is mainly thanks to two modes – Scenario and Dungeon Mode – in which there are over 300 individual weapons waiting to be discovered. Each weapon can be upgraded and belong to their own distinct tier that will prove useful when the time comes to once again fend off enemies. You can run multiple dungeons at a time too!

Sometimes, in the midst of battle, you’ll enter a mini-game known as Fever Time, which tasks you to tap on an adorable slime monster as fast as possible. Do so, and there’s even more rewards set to shower on you. If that wasn’t enough JoyCity intends to introduce PvP elements to Savior Saga in the future, so watch this space.

Savior Saga has been developed to deliver a fully-fledged fantasy RPG experience suited to the busy and multitasking gamer. If you're an Android user, you can give it a go for yourself by downloading it from Google Play now.
iOS users won't have to wait long either with an App Store release just days away. If you'd like to keep up to date with more Savior Saga news, be sure to check out the game's official Facebook page.

Savior Saga is now available on iOS and Android worldwide

Save the world with the tap of a finger in Savior Saga: Idle RPG