Hot in from MADFINGER Games

Yesterday, MADFINGER Games announced that it's got a new title on the way called Shadowgun War Games, and this time things are getting seriously competitive. 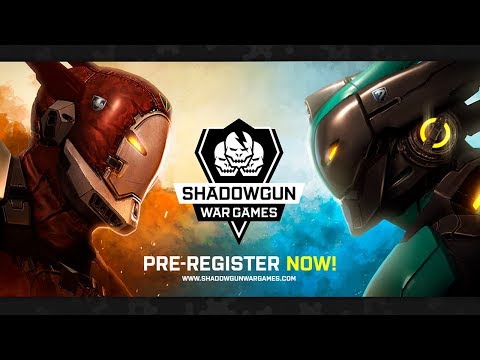 Shadowgun War Games pits two teams of five Shadowgun heroes against each other in the arena. Each hero has their own unique set of weapons/skills, but you can't hope to win unless you're a team player. Team work makes the dream work, as they say.

The idea is to capture the opposing team's flag, but this isn't a non-contact sport. No, think tactically and show off your reflexes in this fast-paced FPS.

Oh and though the game runs at a silky smooth 60 FPS, some devices (namely the ASUS ROG) can boost that up to a whopping 90 FPS. How's that for pro gaming?

"We are taking the best from classic tactical and hero based shooters and mixing it with our unique style," says Marek Rabas, CEO and Game Director of MADFINGER Games.

If you're at Gamescom this week you're luckier than the rest of us because you've got the chance to play it. On Saturday August 25th, MADFINGER will host a Shadowgun War Games tournament on the ESL stage, and visitors can get hands-on with it at booth B-057 in Hall 9.1.

Beta testing will open later this year and you can pre-register on the official website here. A worldwide launch on iOS and Android is slated for 2019, but we'll have to see how things go.

From Gamesom: sci-fi game Robothorium is coming to Switch in 2019