State of Mind is a game that feels like it's trying to say a lot about society, technology, the future, and just about anything else it can think of.

But thanks to janky controls, a bare world, a confusing plot, middling voice acting, and boring puzzles, it barely manages to get a message across.

Yet there's something at its heart that makes it endearing and intriguing in spite of its numerous flaws, and you'll stick with its more boring parts to try and work out just what the hell is actually going on.

State of Mind kicks off with your character, Richard Nolan, waking from a car crash with no memory of what happened. His wife has apparently taken his son and run off, and basically things aren't going so well for him.

You'll also find yourself in control of Adam Newman, who appears to be having an eerily similar experience to Richard, except his days also contain huge earthquakes and other fun events. 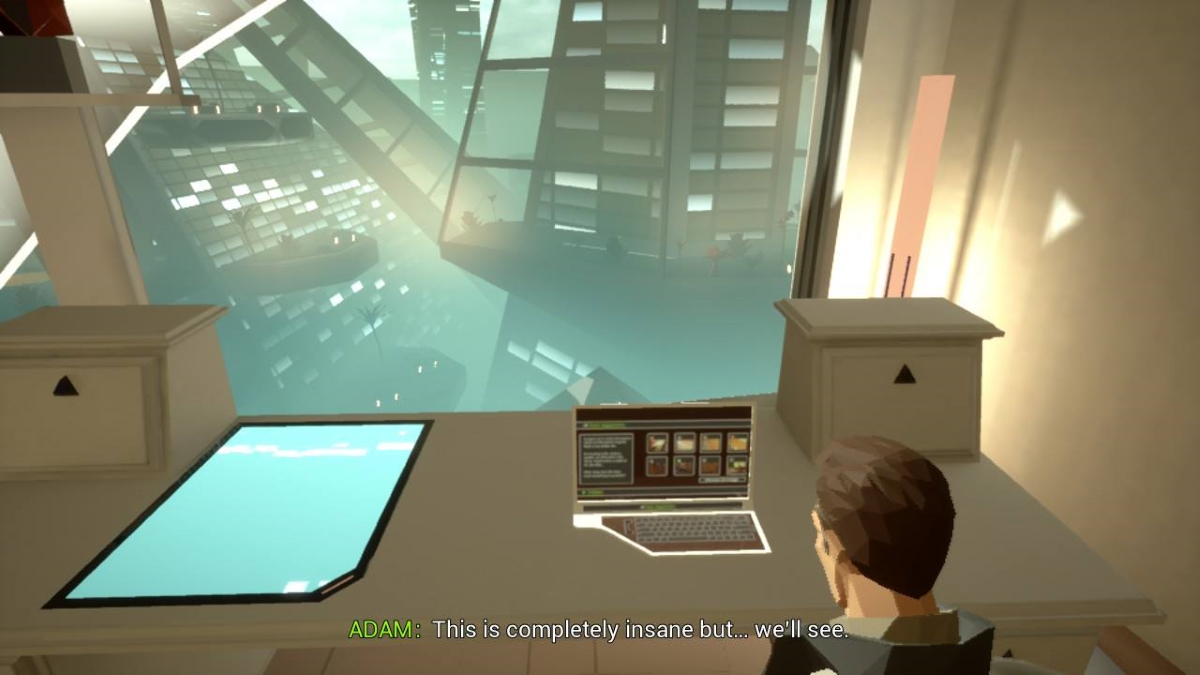 You flit between their stories so fast your head will spin, and with all the memory loss floating around there's next to no clue what's actually going on with either story - both of which get weirder and weirder the further in you go.

It plays out like your standard adventure game. You walk around the world, looking at objects, picking things up, talking to people, and solving the odd puzzle.

Annoyingly, your turning circle is huge, so navigating the rather cramped spaces offered up often feels unwieldly, like every character you handle has had a few too many and could do with a lie down.

Luckily, it's almost too easy to find what you're looking for, as every interactable item in the world has a huge arrow hanging above it, encouraging you to wander over and touch it to move the story ahead.

That said, there's no objective log to keep track of anything - put the game down for a couple of hours and you may be struggling to remember what the heck you're supposed to do next when you return. 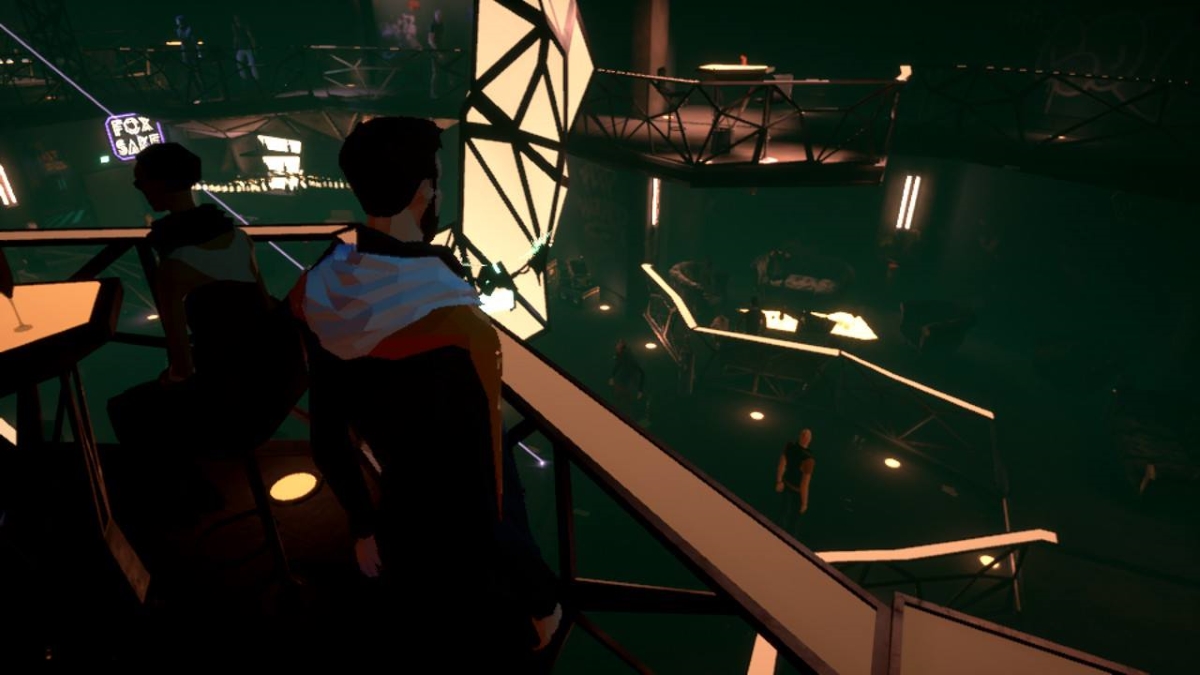 The aforementioned puzzles are ridiculously easy. Whether you're switching random segments of an image to create a new picture, or just trying to grab a falling object, you'll never feel challenged - really, they just break the flow of the game.

And the story itself is a mess. There's enough pointless techno-jargon to fill a dictionary in the script, and within hours you'll be introduced to virtual realities, split personalities, drugs, crime, and about a dozen shifts in tone that feel like a slap across your already reddened cheek each time they come.

I need a lie down

But there's just something about State of Mind that may well keep you coming back. Maybe it's the fact that the story is incomprehensible that you'll want to play it just to unravel it in your own head.

Maybe it's the weirdly beautiful stylised visuals and a world that flickers between dark dystopia and bright utopia as you switch characters and uncover more about their stories.

Maybe it's the fact that it's desperate to make a statement about something, but it never knows what it's trying to say, so instead it just says nothing at all.

There are myriad issues beyond the previously mentioned problems - somehow someone envisioned a future in which every single person is either white or a robot, for example - but State of Mind believes in itself so much that you may find yourself believing in it too.

State of Mind has a certain charm to it, but it's mired in a confusing story, simple puzzles, poor controls, and plenty of other issues
By Ric Cowley
| Aug 15, 2018 |
Switch
Find out more about State of Mind