Asphalt 9: Legends cheats and tips - How to play to win every race

And of course, you want to know how to win, right? That's why we've put together the essential tips you need in order to race with the best of them and beat the rest.

Cruise ahead with our tips below, and you'll soon be raking in gold medals and extra vehicles. 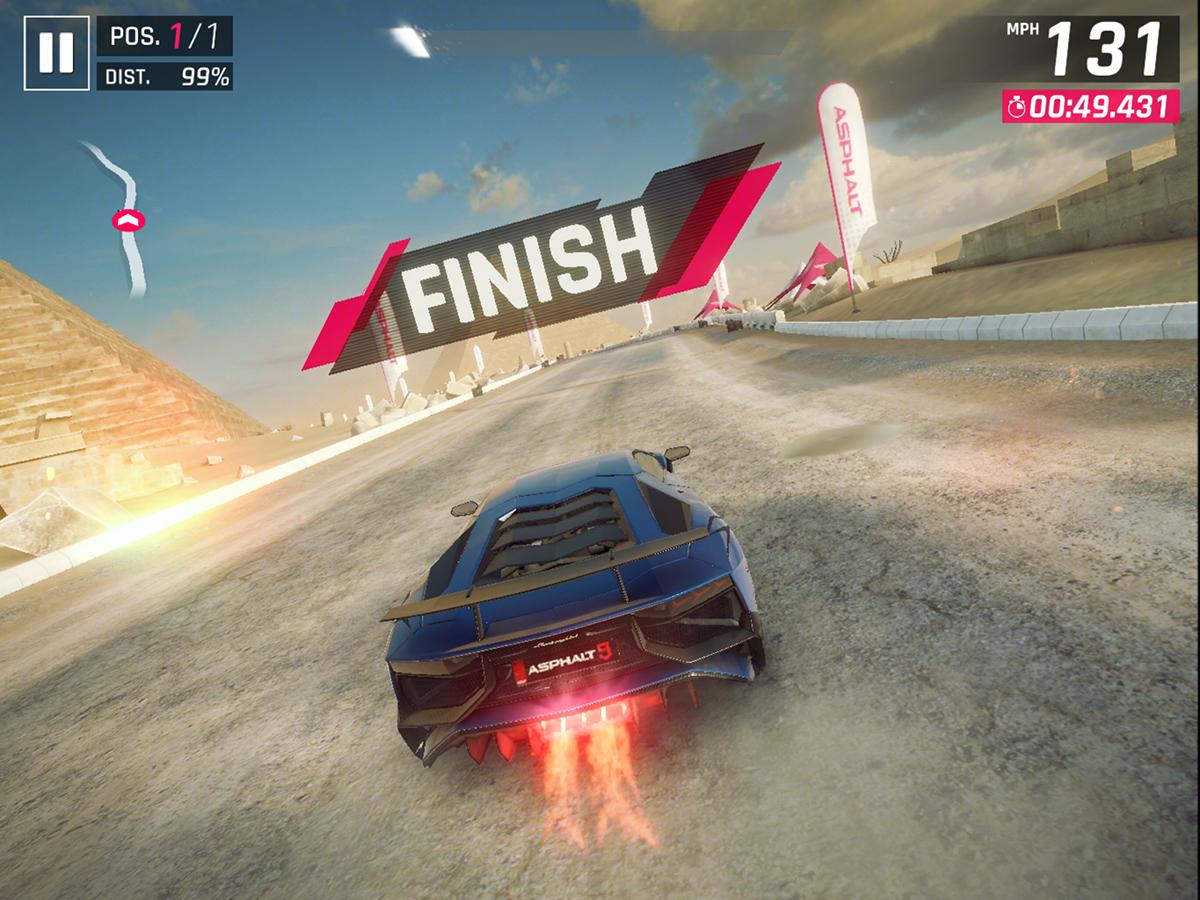 Want more? Check out our 13 other Asphalt 9: Legends tips, guides and walkthroughs!

1
Stay in your lane

Asphalt 9: Legends has a new lane system which players from Asphalt 8 might be a bit unfamiliar with. You can simply flick your car between routes, and just worry about drifting and boosting with the Touchdrive system.

This makes it easy to pull off insane moves since you don't have to worry about crashing too much, and can instead focus on swiping into jumps and ramps.

Pick up boosts and select the best routes in order to stay ahead. 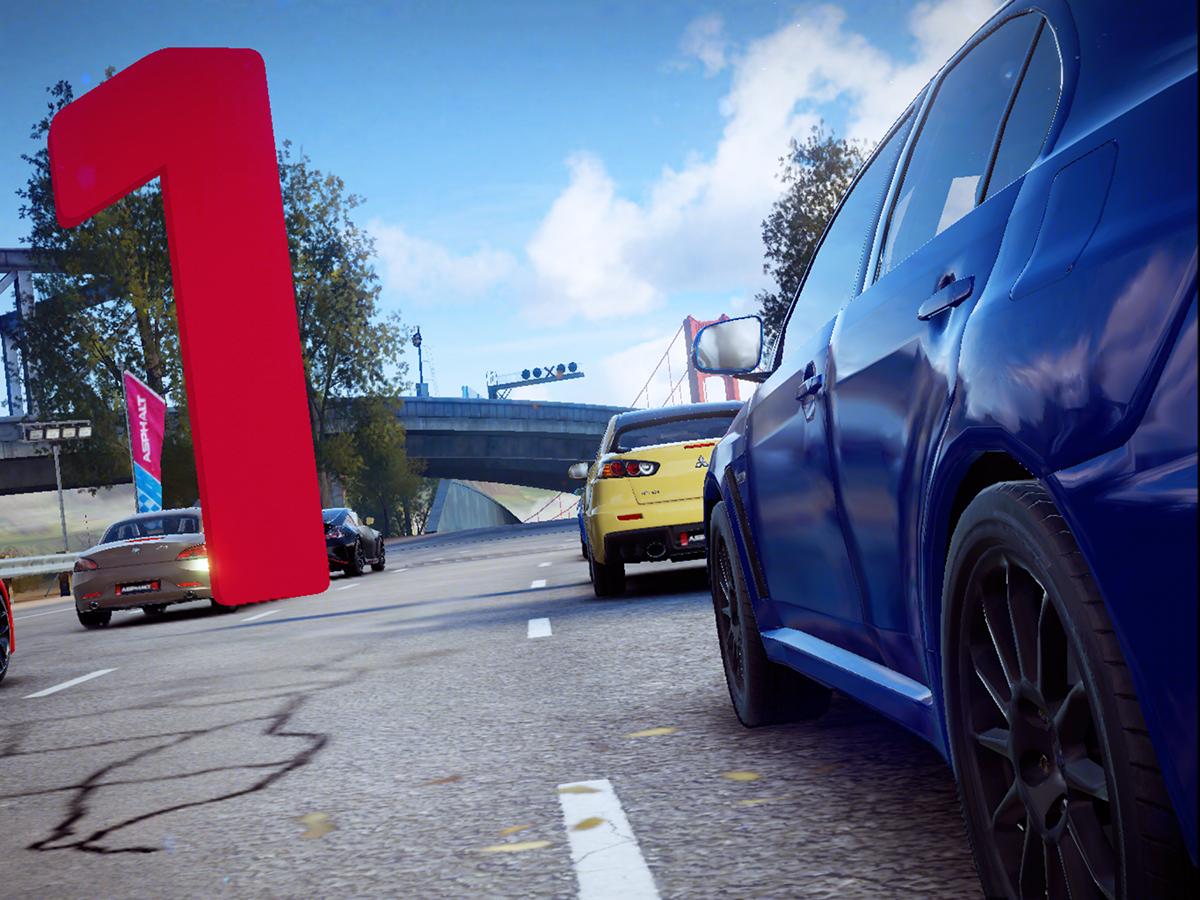 Well, if you don't like the new Touchdrive lane system, you can change things up thanks to two other options.

Pop into the controls menu in the settings and you can select from Tap to drive, and Tilt to drive. Tilt to drive uses gyro controls so you can drift around in style.

Tap to drive is the most accurate way to play, but it also kind of requires four fingers, since you still need to control other things, such as acceleration and boosting. 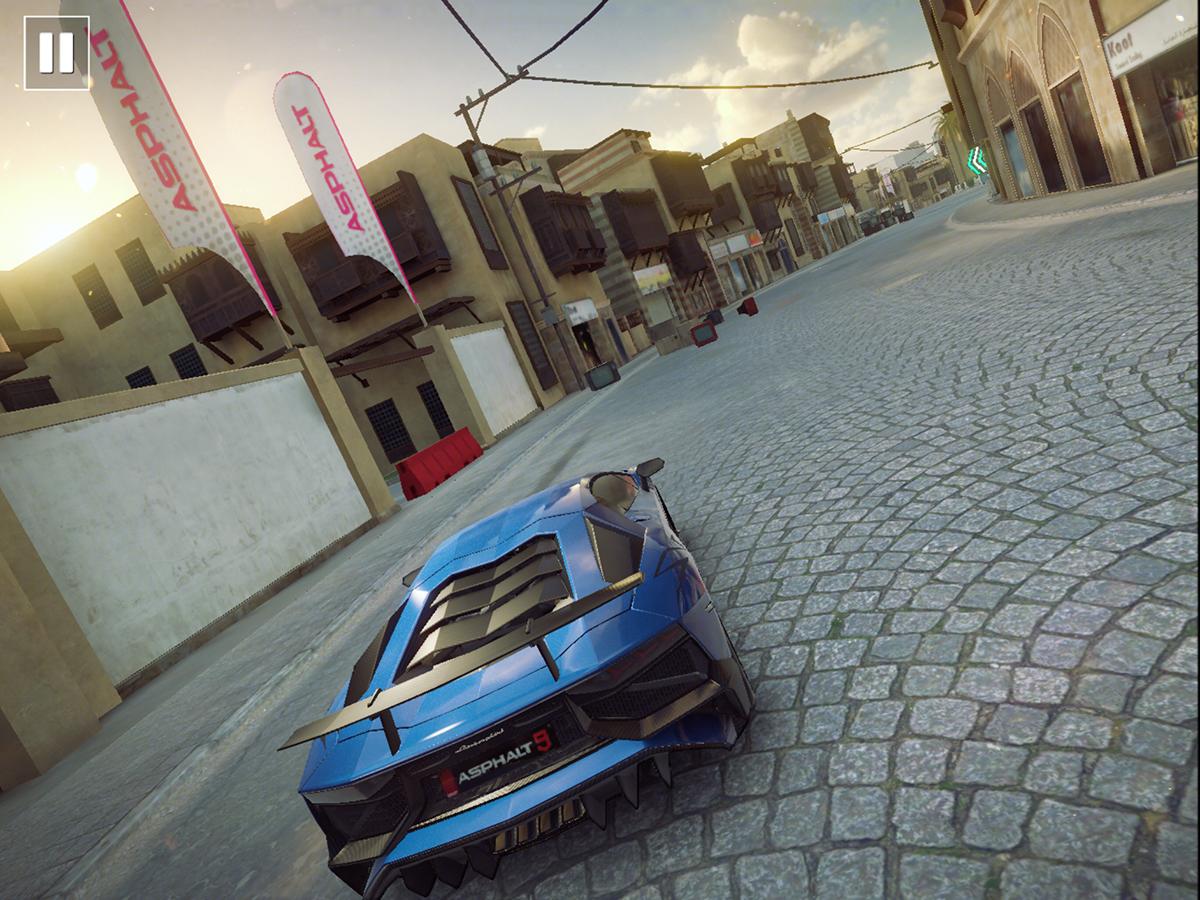 Take out the other racers to get ahead - you win competitions if you are there aren't any competition, right?

You can use your boost to slam into other cars and completely take them out of the running in spectacular style.

You can also double tap the drift button to make your car perform an absurd - but cool - 360 degree spin, which you can use to slam into other vehicles and take them out of the race. 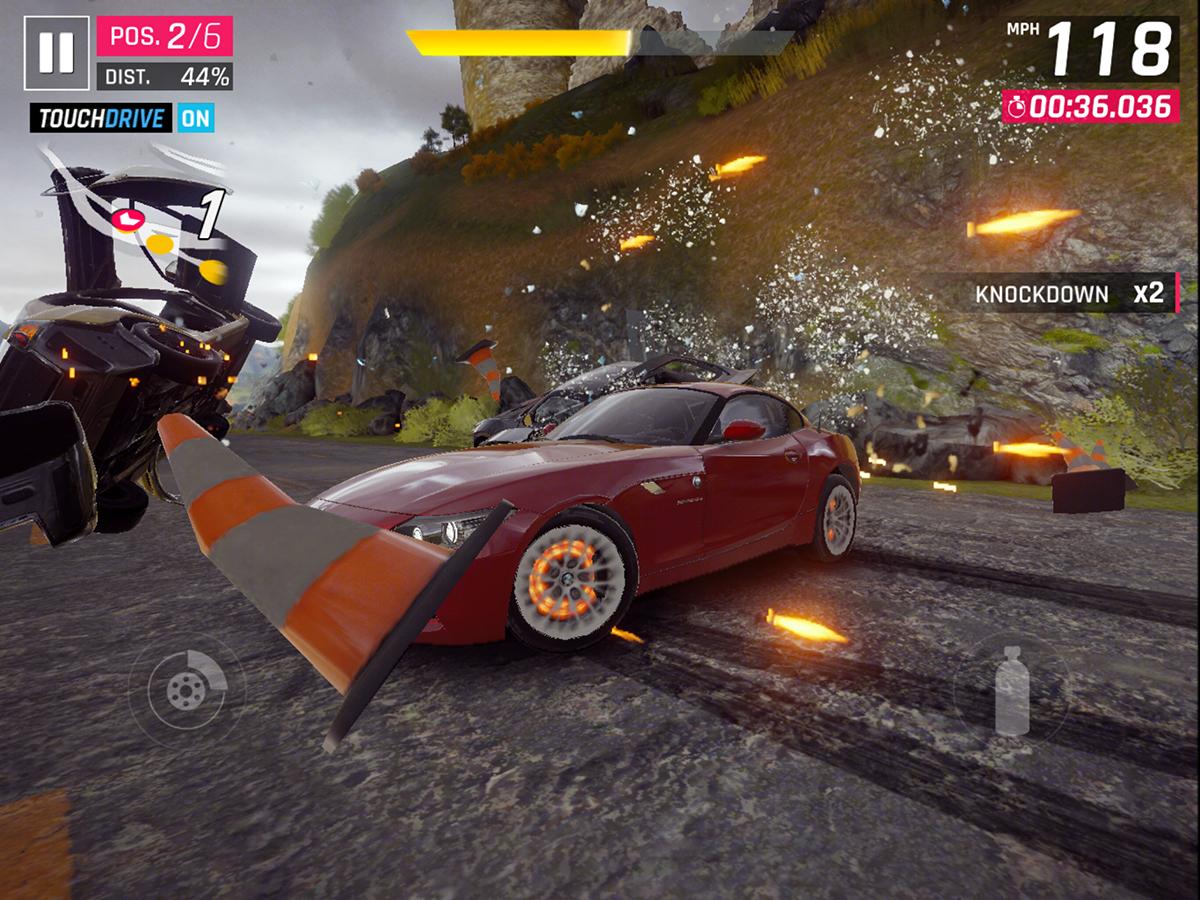 Drifiting is one of the most important mechanics in Asphalt 9, because drifting will recharge your nitro and boost.

Boost is essential, so whenever you see big neon signs indicating a corner, get ready to drift. Drifting will also cancel boosts, if you are currently boosting.

Drifting will let you stay on course, not crash, and keep your nitro filled, so keep at it. 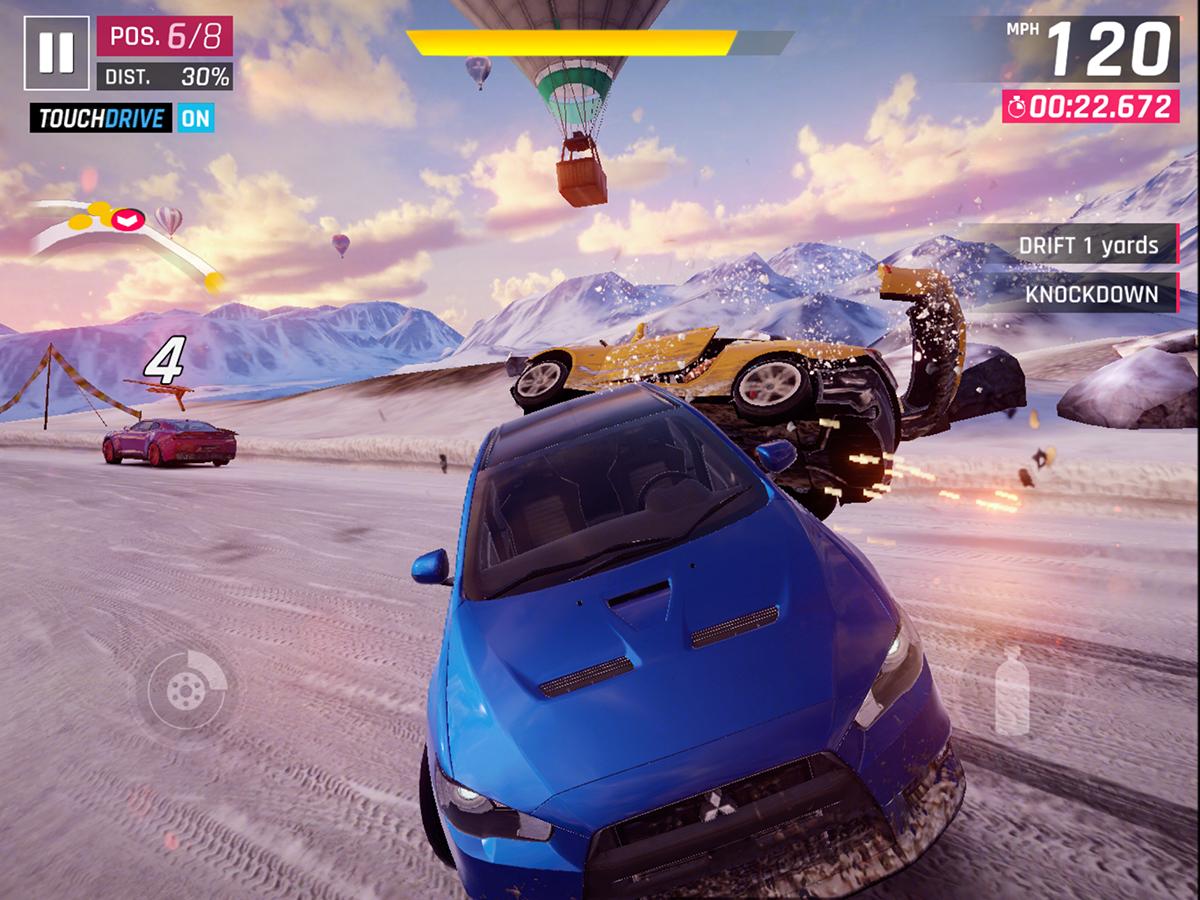 We've already said it, boosting is how you stay ahead in this game, and that goes right from the start line.

There are three kinds of boosts. The first is the standard, tap-once boost you get to use meter. The second is a second tap, on a blue section of your boost bar, to get a better, perfect boost.

The final boost type is from a swift double tap when you have maximum boost meter, and it'll make you glow as you speed ahead, destroying and smashing through the enemy cars. 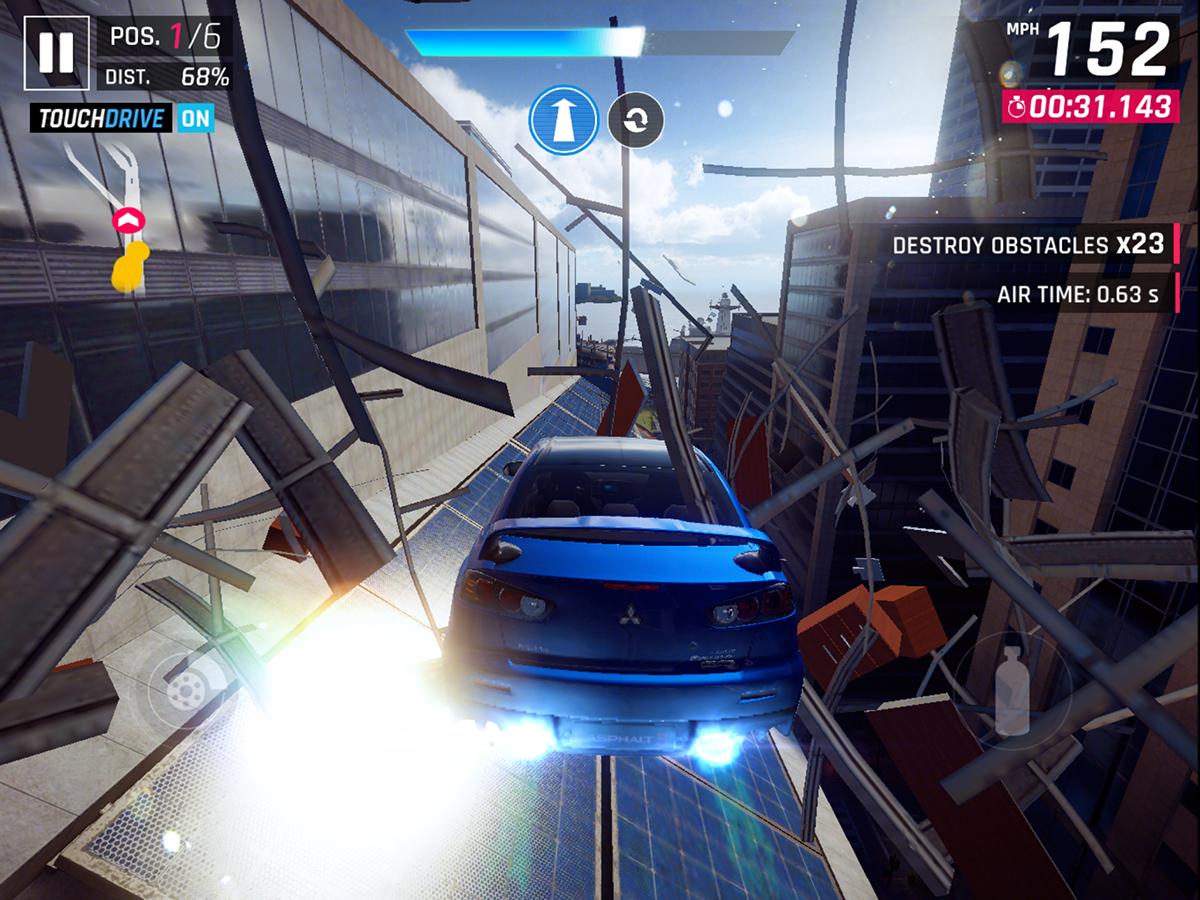 Asphalt 9: Legends cheats and tips - How to take full control of your car