I think the only issue I've had with previous Shin Megami Tensei games is that every time I play, it needs to be for a decent amount of time.

Jumping in for ten minutes barely gives you enough time to explore a dungeon floor or get to grips with managing your party and demons.

When I sit down to play Shin Megami Tensei, I need to dedicate at least an hour. I even distinctly remember going nearly two hours between safe rooms in one dungeon in Persona 5.

The series isn't known for being kind in terms of difficulty, nor time investment required.

So, with that in mind, it feels a bit strange playing Shin Megami Tensei Liberation Dx2 on mobile, where I can speed battles up, and quickly tap my way through them, exploring dungeons and collecting demons as I go. 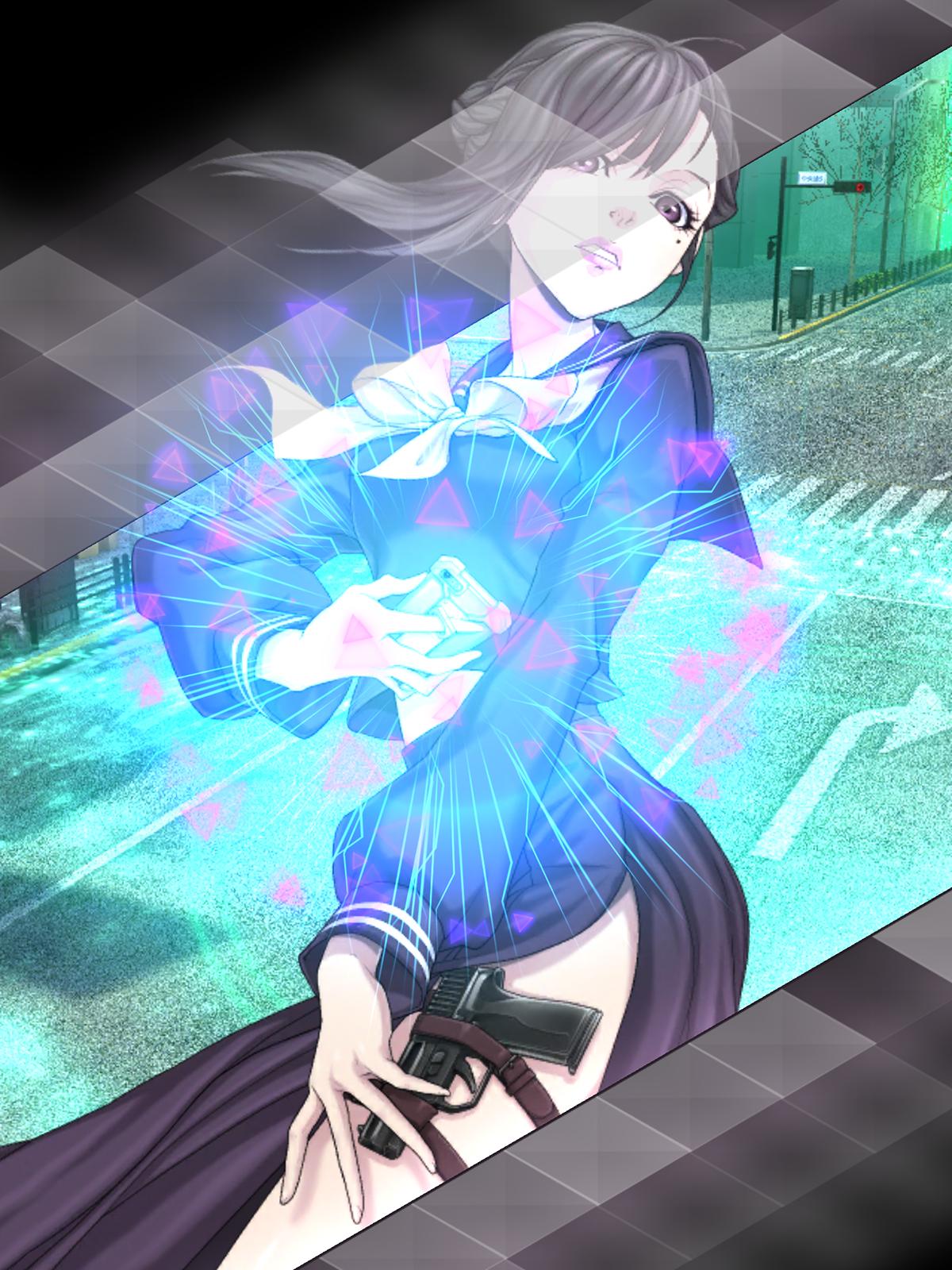 It all feels so immediate, which is something I'm definitely not used to in the series. I feel like winning demons over to my side is a bit easier than it has been in the past (though I like to think my negotiating skills are getting sharper), and I'm breezing through battles and quests.

So if you know what Shin Megami Tensei is and are already with the series and its cast of demons, you probably already know what to expect.

But for those of you unfamiliar with the beloved JRPG series, let's have a look at what all the fuss is about.

Shin Megani Tensei is very old school, hardcore JRPG series which is known for its difficulty. Don't worry though - Liberation Dx2 is much easier on the stress levels.

You'll be going into battle with a team of demons, battling other demons, and using elemental affinities to your advantage. It's sort of like a dark take on Pokémon.

And again like Pokémon, there's a strong collection element. You have a Demon Compendium, which you'll be filling out much like a Pokédex, by talking to demons in battle to win them over, summoning other demons, and fusing them together to create new ones. 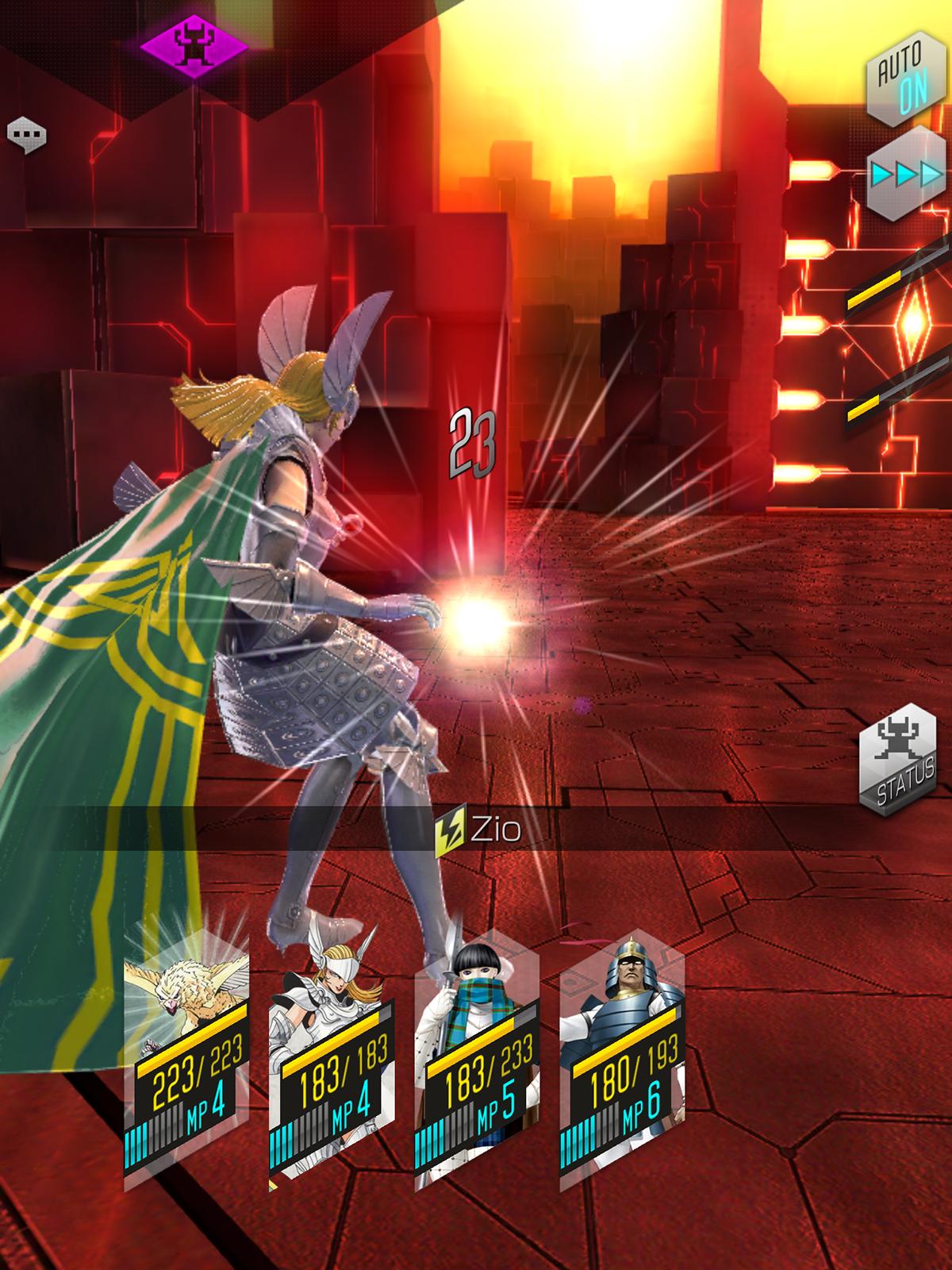 Talking to demons has always been a fun aspect of the SMT series, and it's here in full force. Demons are cheeky, and you'll have to gauge their personality from how they talk in order to find the right way to reply.

Some demons are simple, or stupid, and only require intimidation, while many won't take kindly to a challenge.

Of course this is a mobile game, so demons have a star based rarity system, with five star demons being the rarest and often most powerful.

Summoning demons with premium currency is clearly the fastest way to fill out your party, but fusing is another good way to access rare demons to add to your party without coughing up actual money. 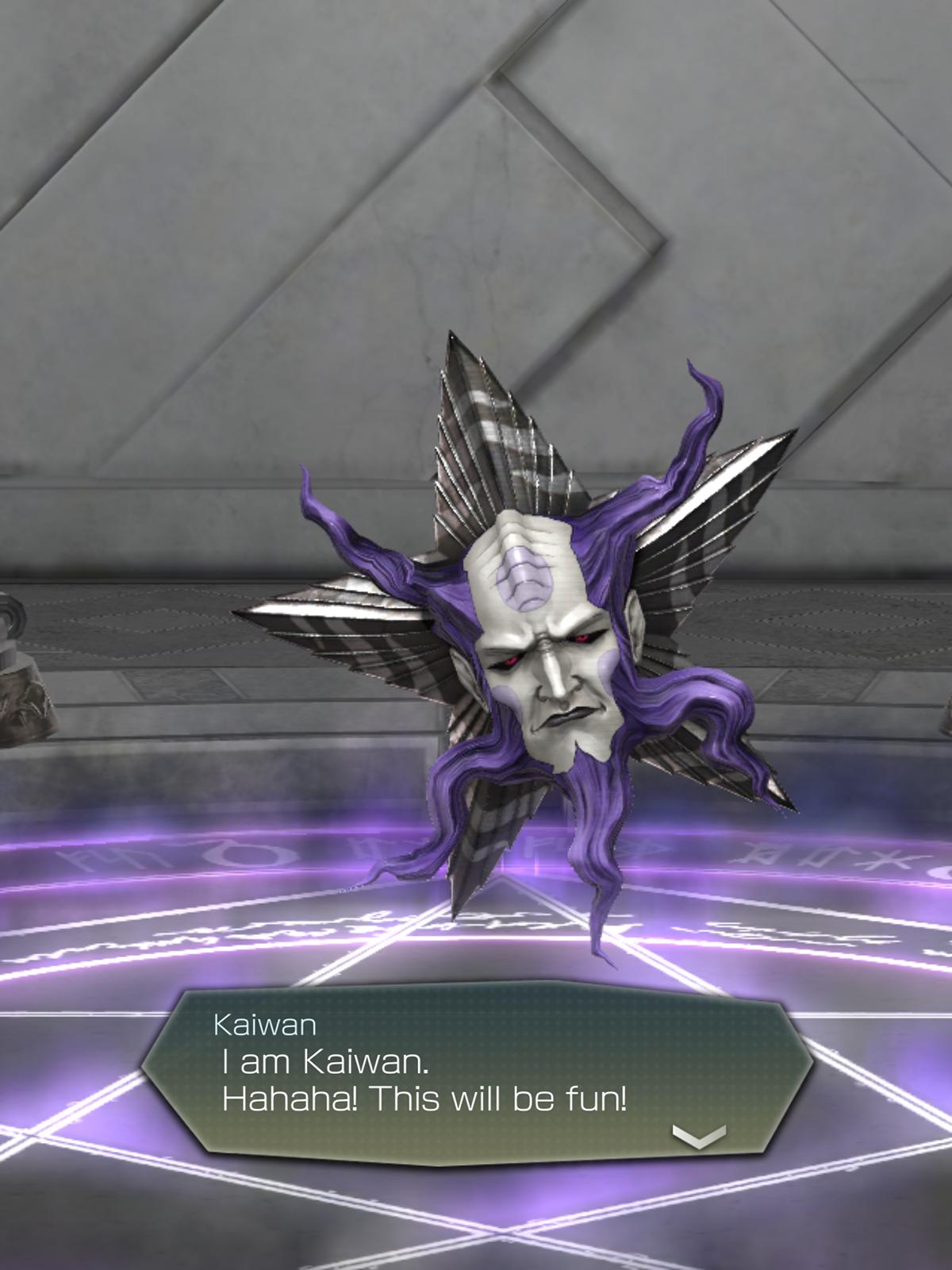 The story plays out much like your typical JRPG, with battles sandwiched between two chunks of dialogue exposition explaining what's happening.

It covers things like corrupt businessmen, drug abuse, and a whole host of other surprisingly dark subject matter. It's only natural for a game with demons in though, and again, will be expected by anyone familiar with the series.

One step at a time

What's nice to see in Liberation Dx2 is how well SMT's dungeon crawling fits into a more bite-sized mobile format. You have smaller dungeon floors to explore, and can take two teams of demons in with you to do battle against the numerous random encounters and bosses you'll find within.

Clearing dungeon floors here is much easier than it is in something like this year's 3DS release, Shin Megami Tensei: Strange Journey Redux. They're smaller, for a start, and pushing through battles is a much quicker and easier experience.

This is all clearly designed for people who want to play the game in chunks, during TV adverts, on the bus, waiting in queues, and so on.

And the SMT series' longform and sometimes overwhelming gameplay has been vastly simplified for players here. 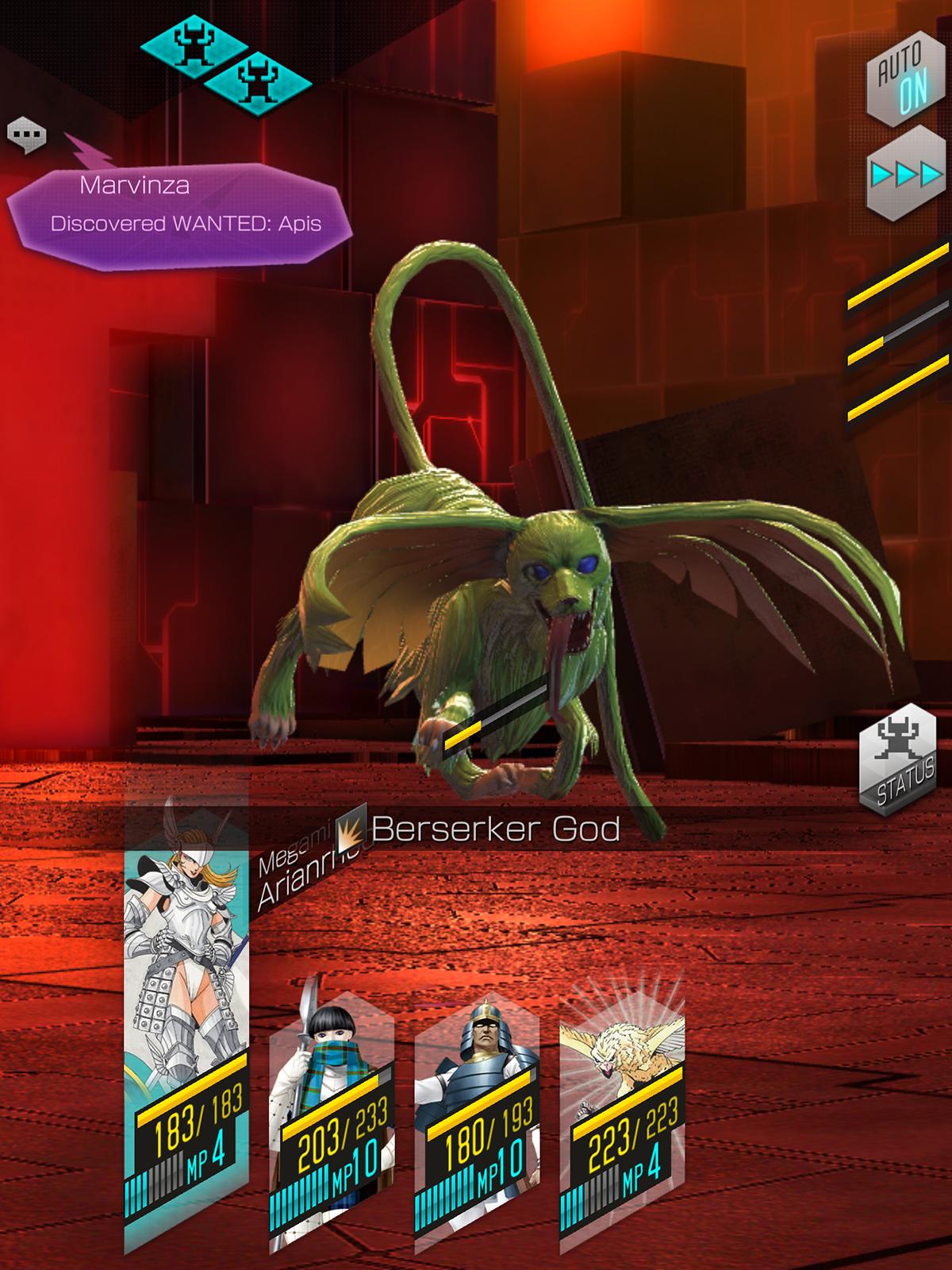 It's not a fully-fledged mainline title, though, and of course there's plenty of things missing from a core SMT game. For one, the cast is, while beautifully designed, not as interactive or likeable as those from other SMT and Persona games.

There's just not enough here to truly flesh out their personalities.

Whether it's the characters that act as shopkeepers - or menus with style - or the characters that join your team as Devil Downloaders (that's what Dx2 stands for - JRPGs, right?), there's not enough dialogue or interactions with them for them to become truly endearing.

But honestly, that might be my only real complaint about Shin Megami Tensei Liberation Dx2. Sure it doesn't feel as high quality as a mainline series game, and if you're a fan of the series you'll miss out on difficulty until you play quests in harder settings.

But for the amount of time you'll spend with it - and that lovely asking price of free to play - it's well worth a punt, and you'll likely be summoning demons for hours.