It's a bit like saying a new prestige TV series has a strong cast, or that the latest sci-fi movie has convincing special effects. In each case, this is the bare minimum we've come to expect.

Smashing Rush is indeed a slick, handsome endless runner. But what else does it have to offer?

Run for your money

Not all that much of note, is the answer to that last question. 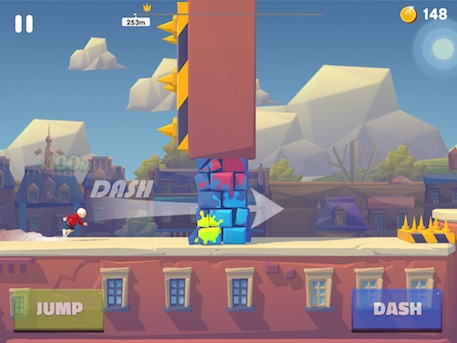 You'll need to employ this limited move-set to bound through the game's constant roll of themed levels, avoiding spikes and pits, bounding off the odd wall, and collecting the occasional bonus pick-up.

That's about it, really. The main driver of the game - aside from getting as far as you can on each run, of course - is acquiring each of the 21 different characters.

These are pretty neat, incorporating everything from a Power Ranger to a Bruce Lee-a-like, each with their own animations and sound effects.

But the differences between them are purely cosmetic. There's no real reason to grab them all unless you have a completionist streak.

Running with a slight limp

On the plus side, Smashing Rush's levels are hand crafted rather than randomised. This means that they have a deliberate pace and layout. 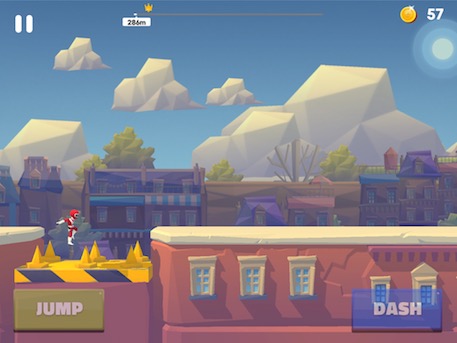 I should also point out that I played the game on two very different devices - an iPhone X and an iPad Air 2 - and the game didn't seem to be well optimised for either.

It was letterboxed on Apple's current flagship smartphone (which has been out for several months now), while it didn't run completely fluidly on the older tablet.

Batman: The Enemy Within's final chapter is out next week; catch a sneak peek