What'll you be diving into this weekend?

Britain may be getting battered by snow today but that doesn't mean we can't get excited about all of the new titles out this week.

From fantasy MMOs through arcade shooters, explosive puzzlers, and beautiful little indie games, we've certainly got a hell of a roster to choose from.

Dive into this massive fantastical world and play through many different story-driven quests in this epic MMO. We're talking dungeons, wizards, dragons, dungeons, swords, warriors, sorcery, great monsters - did we mention dungeons? You get the deal. 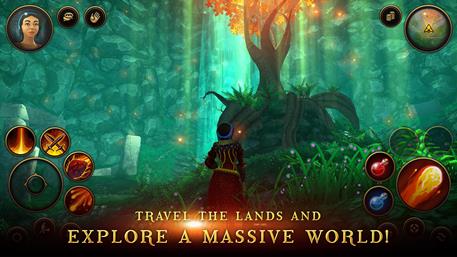 
If you're looking for something fantastical but fancy more of a side-scrolling brawler, ChronoBlade is the game for you. Battle against other players in real-time synchronous action and enjoy learning which character suits you perfectly.


If you didn't get enough in the first Dungeon Survivor, this fantasy dungeon adventure is back for more as you'll guide you people/warriors in the fight against the fallen Country. 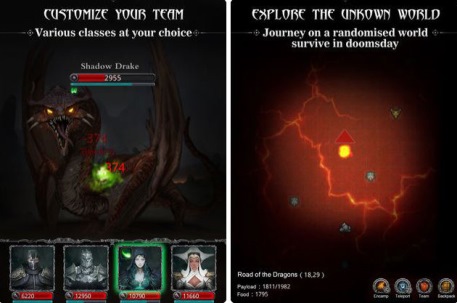 
Head through different eras of RPG on one big adventure and Evoland 2 opens up 20+ hours of fun. Relive your childhood (or experience what the fuss is about) and enjoy tons of classical games references while you're at it. 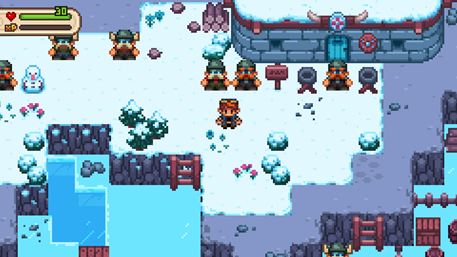 
HPWiS is a tactical, turn-based space exploration game where you've got to manage your own spaceship, craft weapons, and, er, explore space in a vast and colourful veggie universe. If you loved Holy Potatoes! A Weapon Shop?! odds are you'll dig this one. 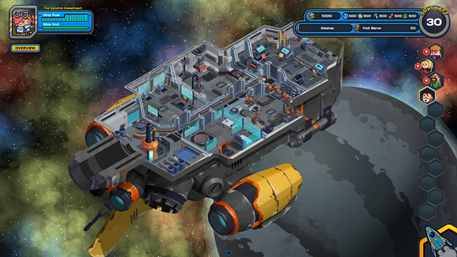 It's Full of Sparks


It's Full of Sparks is a stylistic puzzler/3D platformer in which you play as a little colourful character which also happens to be a lit firecracker. Ahhh, what's life without its challenges? 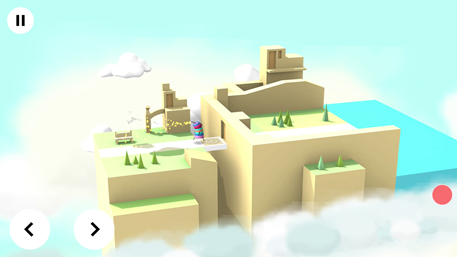 
Alright, so not such much a game as a place to PLAY games, Kairo Land is a new app where you can play a bunch of Kairosoft's games in one place - a little like Sega Forever I guess. 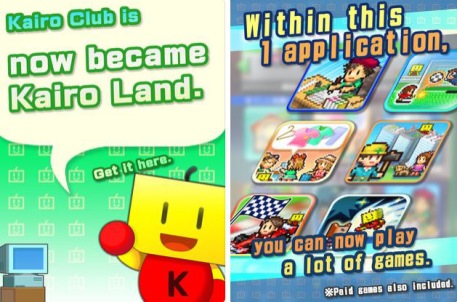 
Lichtspeer is a lightspear-throwing adventure set in an ancient Germanic future. It's as wild as it sounds and plays as good/weird as it looks, so just open up your mind and please the Lichtgods. 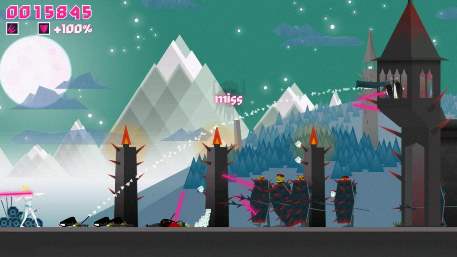 The Majesty of Colors Remastered


In TMoC you'll play as a mysterious creature with three eyes and long, reaching tentacles. The events that take place through the game will determine the outcome you get - will you be an aggressive monster or a benevolent one? 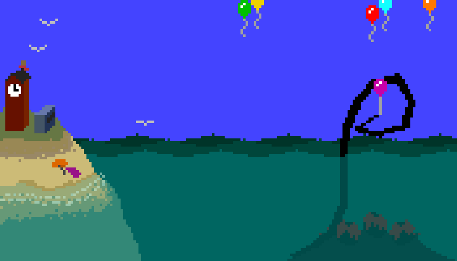 
With the Realm of Paper in tatters, Paper Anne heads to a new world where she experiences (and re-writes) several familiar fairytales. Of course, Anne needs to find her own story if she ever wants to be truly happy.


This interesting-looking arcade stacking game where you control a claw/crane-like being and get to work helping out in different areas. Between moving luggage for farms, spotting cheerleaders, building delicious sweets, and more, what seems like a simple experience is actually weirdly fun. 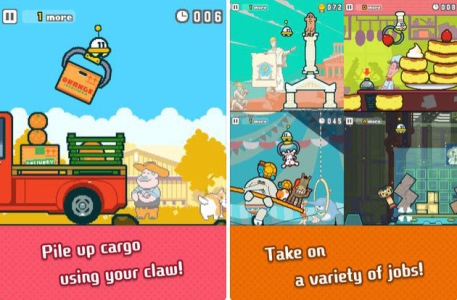 
Slip and slide down these slick slopes and snap up some sick points as you perform all sorts of tricks in the powder of Peak Mountain. Pick up speed, enjoy four game modes, unlock different snowboards, and more. Check out our review for more info. 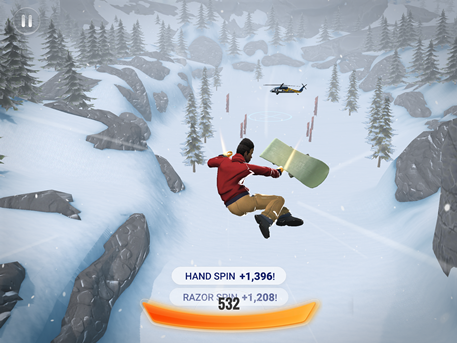 
If you enjoyed hocus and voi then get on board with puzzlement, gamebra's newest minimal puzzler. Your goal is to collect all of the red squares and while that may sound super simple, don't be fooled. 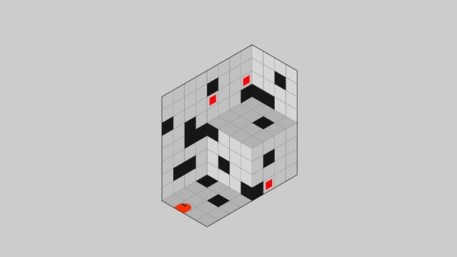 
Whether you want to play it in basic 2D or enjoy the game using its AR function, SS:M is a point and click murder mystery game where the crime scene could be your very own room. Meet interesting characters, interrogate suspects, and piece together the mystery before the murderer can strike again. 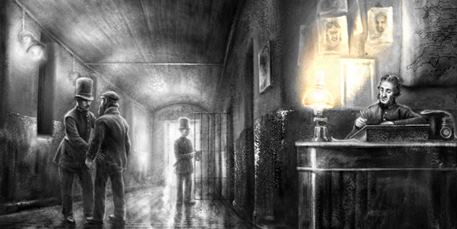 
Glide on the wind and weave through the clouds as you collect fellow birds, clear spheres blocking your way, and soak in a general feeling of calm in this weightless adventure. 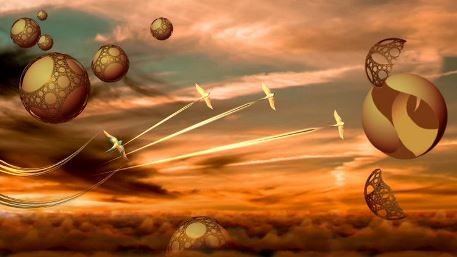 Temple of Spikes: The Legend


You may recognise the game's name as the first of its kind released free to play last year. This time around this time-bending platformer is neater, more detailed, and more polished as you explore different dungeons in a treacherous jungle. 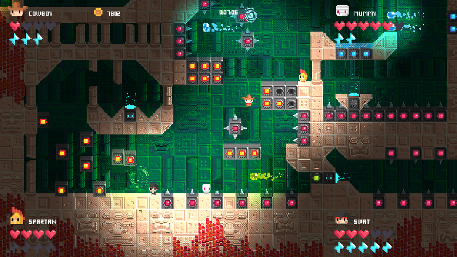 
In Time Recoil you create a heck of a lot of chaos and slow down time as you kill your enemies in this intense shooter. The more folks you shoot, the more time you'll get to perform sick combos and implement your special moves, like dashing through walls to bring them down. 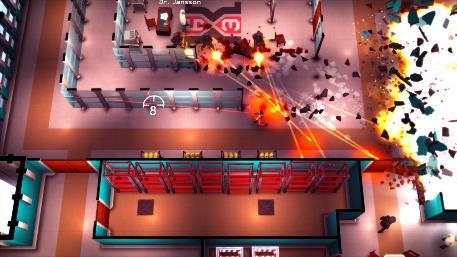 
Joining Bridge Constructor and Portal together in a new puzzler may have seen like a weird combinations, but somehow it works while featuring mechanics from both games. You've got the physics-based familiarity of one and the intuitive puzzle solving methods of another - plus GLaDOS. 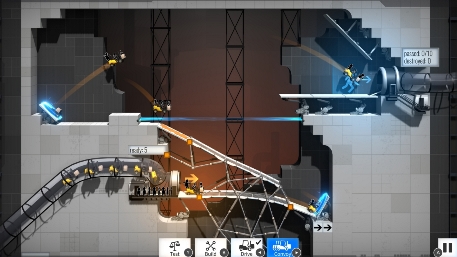 
This post-apocalyptic action platformer may have come out on other devices thus far, but now it's on everyone's favourite - the Switch. Battle through hordes of infected people with limited supplies/ammo, pick up survivors as you go (some of whom won't be worth the trouble), and maintain your train by any means. 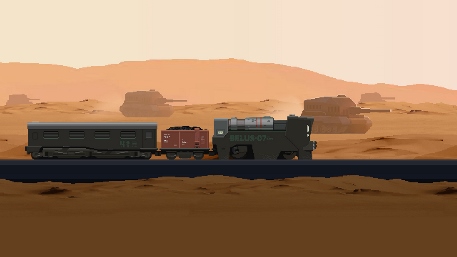 
If you've been waiting for an awesome horror game to come to Nintendo Switch and have yet to dive into this disturbing survival game, Outlast is a must. Set in the Colorado Mountains, you play as journalist Miles Upshur as he goes searching for the story behind Mount Massive Asylum. 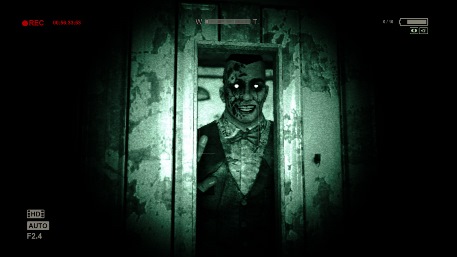 
As possibly one of the weirder releases this week, The Trail dropped on the Switch about as suddenly as Outlast. Head out across the land in your own personal quest to make your mark on the world. Meet new people, journey across land and sea, and build up your house in Eden Falls. 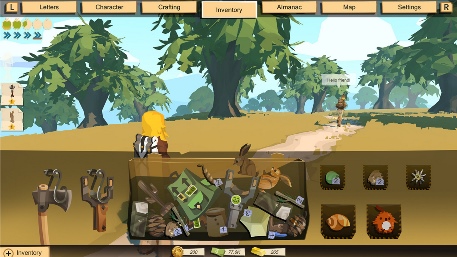