There's nothing inherently wrong with being a bit weird, especially in video games - there's enough po-faced shooters out there to last a lifetime, so it's nice to mix it up.

And Rusty Lake Paradise has certainly got the weird factor. But ultimately it feels like a shallow attempt at strangeness that's just being odd for the sake of being odd.

It's full of puzzles with solutions that barely make sense and a lack of clues to guide you along, yet it somehow manages to be interesting enough that you'll feel compelled to see it through to the end.

Rusty Lake Paradise takes place on a small island known as Paradise, where your character has returned to solve its mysteries.

This all plays out in the standard adventure game fashion - you move from screen to screen, tapping on anything that looks useful or out of place, and solving puzzles with the things you find. 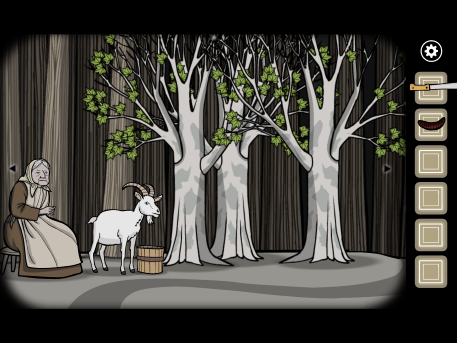 The island itself is quite small, and only grows by a few rooms as you progress, but it does mean that each location starts to feel more familiar as you make your way through the game's ten scenarios.

One big problem is that there's very little indication of what you're supposed to do. It's all about trial-and-error, and it's here that Rusty Lake Paradise starts getting in its own way.

Because it leans so hard on its "weird" setting and feel, most of the puzzle solutions don't really make sense. You'll gather a range of strange items like blood, dead animals, and your grandma's snot as you go, but you're given little to no idea of what to use them for.

You can brute-force most puzzles, so you're never stuck for long, but none of the solutions feel particularly clever or interesting once you've found them. 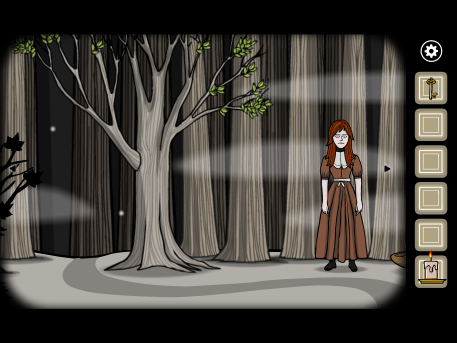 This also means that the weirdness doesn't have any substance to it. Most actions lead to a reaction that you can't predict, and when almost the whole experience doesn't make sense, it just feels a bit fake.

Despite all this, it's still weirdly engaging. Chapters are fairly short, so you can make decent progress in no time, and the snippets of actual story you see are compelling enough to convince you to come back for more.

Ultimately, if you're already a Rusty Lake fan, then you'll probably love Paradise. It's got all the strangeness of the rest of the series, and its story will hook you in each step of the way.

For newcomers, however, this may be a bit too much. It's deeply confusing on purpose, and relies too much on its bizarre world to ever feel like it has substance.

If you can see past the endless confusion and deliberate obfuscation, then you might find something to enjoy. But if you can't allow yourself to accept the weirdness, then you're unlikely to find much in here.