But I want it nooooow

It's been a year since Rusty Lake's last premium game, Rusty Lake Roots, was revealed, and today the team have put us out of their misery by naming their next project: Rusty Lake Paradise.

The Rusty Lake games are stylish point and click puzzlers with a bit of a darker side to them. Unlike the free to play Cube Escape series, the premium titles tend to be more detailed with a finer story, and it looks like Paradise will be the finest one yet.

Paradise is set on a small island in the 18th century. Following the death of your mother, the island falls victim to the ten plagues, and it's up to you to get rid of them.

On their official blog, they don't reveal too much about the project as of yet - aside from the fact they're about 50% done - but they do say that gameplay's going to be a little bit different from the previous titles.

"It is set on an island so you can go around the area, a bit similar as Cube Escape: The Mill in which you could navigate between the different floors. We had to beta test this new gameplay a lot, but all in all we can say players pick it up really fast. We are happy with this improvement because it fits the island theme and it also gives us more gameplay & puzzle opportunities." 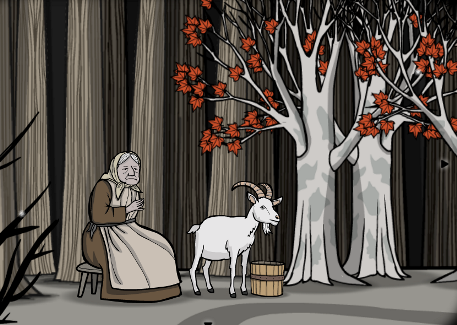 New iOS, Android, and Switch games out this week: Rusty Lake Paradise, Let Them Come, The Escapists 2, and more