What does our news editor recommend from 2017's line-up?

2017 is almost out the door and I can't say I'm sad to see it go. Between natural disasters, political shambles, and much, much more I'd rather bury in the depths of my mind at least the gaming scenes has been excellent.

Aside from some choice mobile titles which have earned themselves a permanent place upon my iPad, it's been the year of the Switch and oh - my - goodness has this just been my most used console of the last several years.

If you guys have followed my presence on Pocket Gamer for a while I doubt this list'll shock you, but here's my top five games of 2017.
The Frostrune 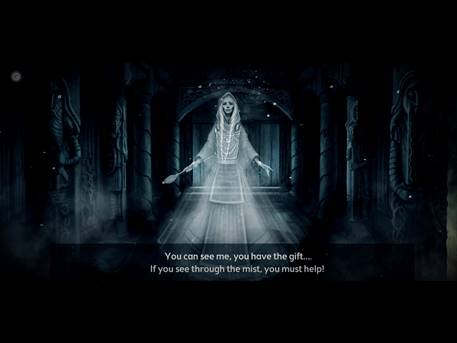 Even after reviewing it back in February, The Frostrune remains one of my favourite games to date. Utterly brimming with Norse mythology and historical accuracy, wonderful visuals, and goosebump-inducing soundtrack, this really is a must-own for puzzle-heads and point-and-click adventure lovers.

It's got such simple controls but the devil's in the detail. Grimnir's passion for the topic practically drips out of it and I think that's why I think of this game so fondly. It won't be for everyone since it is a little bit slow and difficult at times, but for me it holds a very special place in my heart.

The Legend of Zelda: Breath of the Wild

I know, another SHOCKING choice for little ol' me, but Breath of the Wild is literally one of the best games I've ever played. It totally blew my mind in ways I wasn't ready for and, as someone who really finds it hard to concentrate in open-world games, made me sink hundreds of hours into it worryingly easily.

I'd been skeptical of the Switch since its announcement last October, so when I bought one I kept hold of the box to no doubt sell it on a couple of weeks afterwards. I loaded up Zelda, unimpressed by what I saw, wasn't keep on the graphics or controls, tried my very best to be a grump, but gahd-dang-it BoTW had me at Spicy Meat and Seafood Fry.

Every moment following, every new discovery, made me feel like a child again rediscovering the sheer joy of video games and I've still not defeated Gannon in fear of my experience coming to an end. I know it doesn't, but you get what I mean. 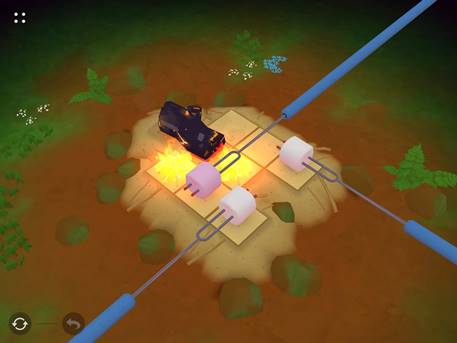 Bringing it back down to a brilliant indie puzzler, Campfire Cooking caught my attention the very first time I saw it in action (in GIF form). Between marshmallows and cooking pots, the aim is just to get all things cooking at the same time whilst refraining from burning your marshmallows.

Each level is set out on a grid so you've got to be really clever how you maneuver your sticks and pots. Some sticks can be turned whilst others a strictly stuck in a forwards-and-back motion.

It's just mellow and lovely to look at, filled with genuinely interesting puzzles that I could spend hours on at a time. 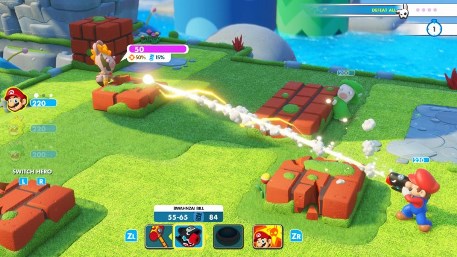 Don't worry, no one's more surprised how much I loved this game than me. As someone who came from a PC/Mega Drive/PlayStation background, I never really got comfortable with Mario as a character. The Switch has obviously introduced me more intimately to the franchise with Mario Kart 8 Deluxe, Super Mario Odyssey, and the aforementioned mashup, still I never thought I'd actually rate it this high.

I'm pretty sure half of my love for it comes from the fact no one thought it would work. Mario and his world versus Rabbids, the weird creatures no one cares about? Plenty of us laughed it off, but once we saw the game in action and once we got our hands on it, well, all bets were off, matey.

It's rich in turn-based strategy, fluid, detailed, has a fantastic progression system and difficulty curve, and genuinely makes you use your head. Mario + Rabbids Kingdom Battle deserves your benefit of the doubt and it's so, so good.

I know a lot of you were probably expecting me to say Stardew Valley - and don't get me wrong, I love it - but for the sake of games I haven't played on other platforms, Gorogoa's got to take the cake on this one.

It's rich, detailed, and shows off every since ounce of the effort it took to make it in its multi-year development period, from its crisp sound to its beautiful, hand-drawn frames.

This is as much a game about discovery as it is about solving a puzzle, where you're asked to look between the lines and peel back the layers to find your answer. There are constant 'oh' moments that make this game a gift that keeps on giving, and if you haven't picked it up yet I cannot recommend it enough.